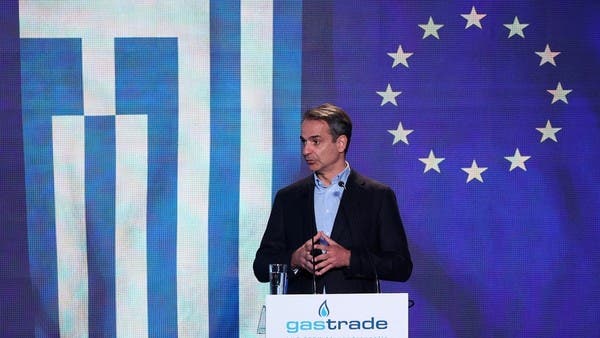 The Greek parliament on Thursday approved the extension and amendment of a defense cooperation agreement with the United States, days before Greek Prime Minister Kyriakos Mitsotakis visits Washington.

The conservative prime minister will meet with President Joe Biden at the White House on Monday and the two leaders are expected to discuss the war in Ukraine, the energy crisis and tensions in the Mediterranean.

The Mutual Defense Cooperation Agreement between the US and Greece (MDCA), first signed in 1990, allows US troops to train and operate on Greek territory.

The latest amendment, agreed in 2021, expands cooperation by allowing the presence of US troops in four more military areas, including two army camps in central and northern Greece and a naval base on the island of Crete.

Mitsotakis told parliament the agreement will protect the country from security threats, allow for an upgrade of military facilities and a vote of confidence for Greece, which will become an energy hub in the region after Russia’s invasion of Ukraine.

“The text (of the agreement) that we need to ratify … reflects a new reality,” Mitsotakis said. “The US is expanding its presence in the Eastern Mediterranean … and our country is becoming the most important partner and interlocutor of the United States in the region in the most obvious way.”

He said the agreement is gaining importance against the backdrop of the war in Europe.

Left-wing protesters marched in central Athens against the pact’s ratification.

Greece believes the agreement, which will remain in force for at least five years, will also help protect the country from “threats” on its northern land border with Turkey and in the eastern Mediterranean, where long-standing territorial disputes exist. between the two NATO allies. †

US Secretary of State Antony Blinken has called the agreement “the foundation” of defense cooperation between Greece and the United States.