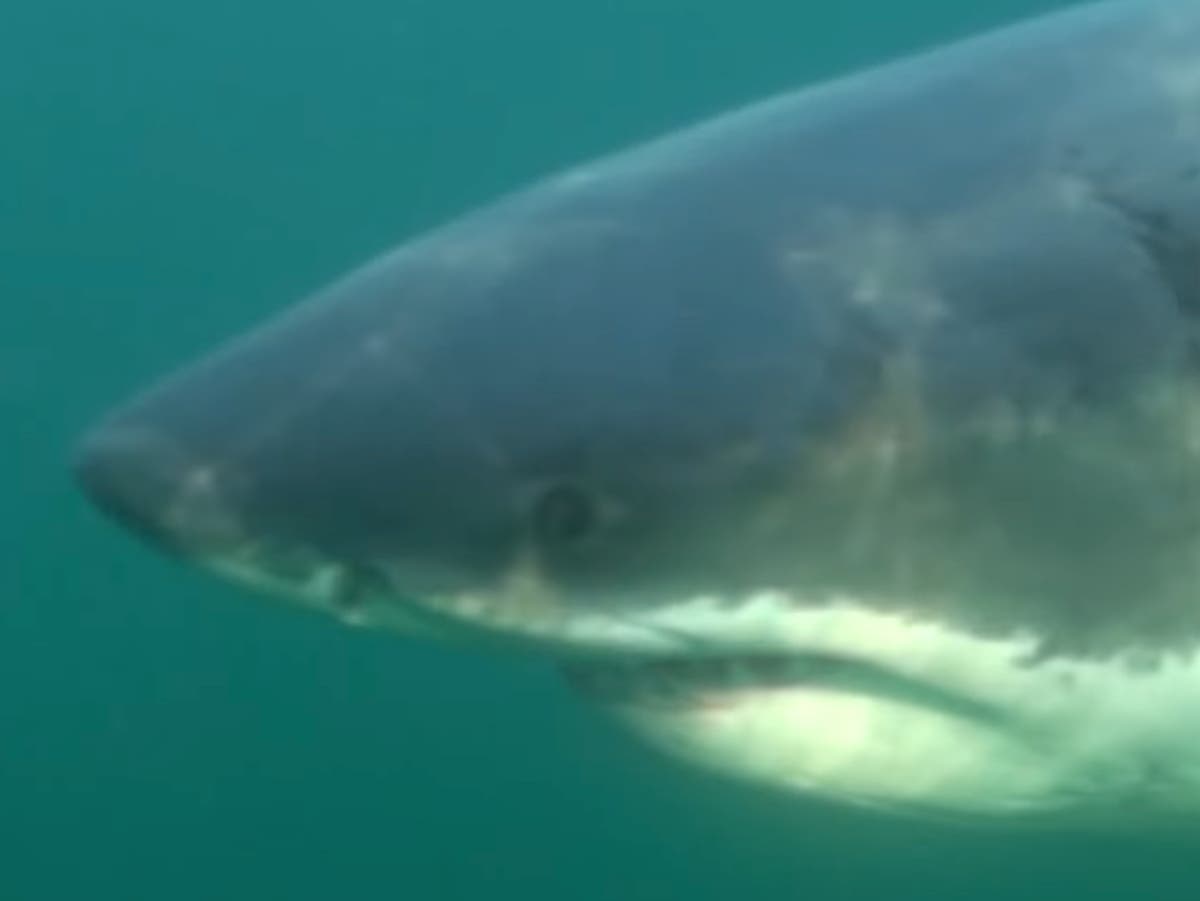 One of the world’s largest great white sharks, measuring over 12 feet in length, has been spotted off the coast of the United States.

The giant creature, known as Ironbound, measures 12 feet 4 inches and is said to weigh about 452 kg (71 bricks).

Named for West Ironbound Island off Lunenburg, the shark was tagged in October 2019 in waters off Nova Scotia, Canada, and has since traveled an estimated 13,000 miles.

Ironbound’s tracker was mounted by the marine research group OCEARCH. It pings when the dorsal fin breaks the water surface.

In recent weeks, the great white shark has been located off the US coast, and its tracker last pinged off the coast of New Jersey at about 10:30 p.m. on April 28.

Three days earlier, the shark pinged off the coast of North Carolina in a sign that it is migrating north.

“They’re moving north into the very rich food areas of Canada and the northeastern US,” said Bob Hueter, chief scientist at OCEARCH.

“Mating season is over, we think, and Ironbound is heading north to get into some good breeding ground and start growing up again next year.”

He added: “Sharks have been around for about 400 million years. In many cases they occupy the so-called top predator position, in marine food webs.

“Just like on land, it plays an important role in keeping the lower parts of the food web healthy and in balance.”

The animals are listed as vulnerable by the International Union for Conservation of Nature (IUCN) and are facing population decline due to overfishing.

Other great white sharks that hunt along the US coast include 17ft Queen of the Ocean, 20ft Haole Girl and 15ft Miss Costa.

The largest of the species ever recorded is Deep Blue, weighing 2.5 tons.