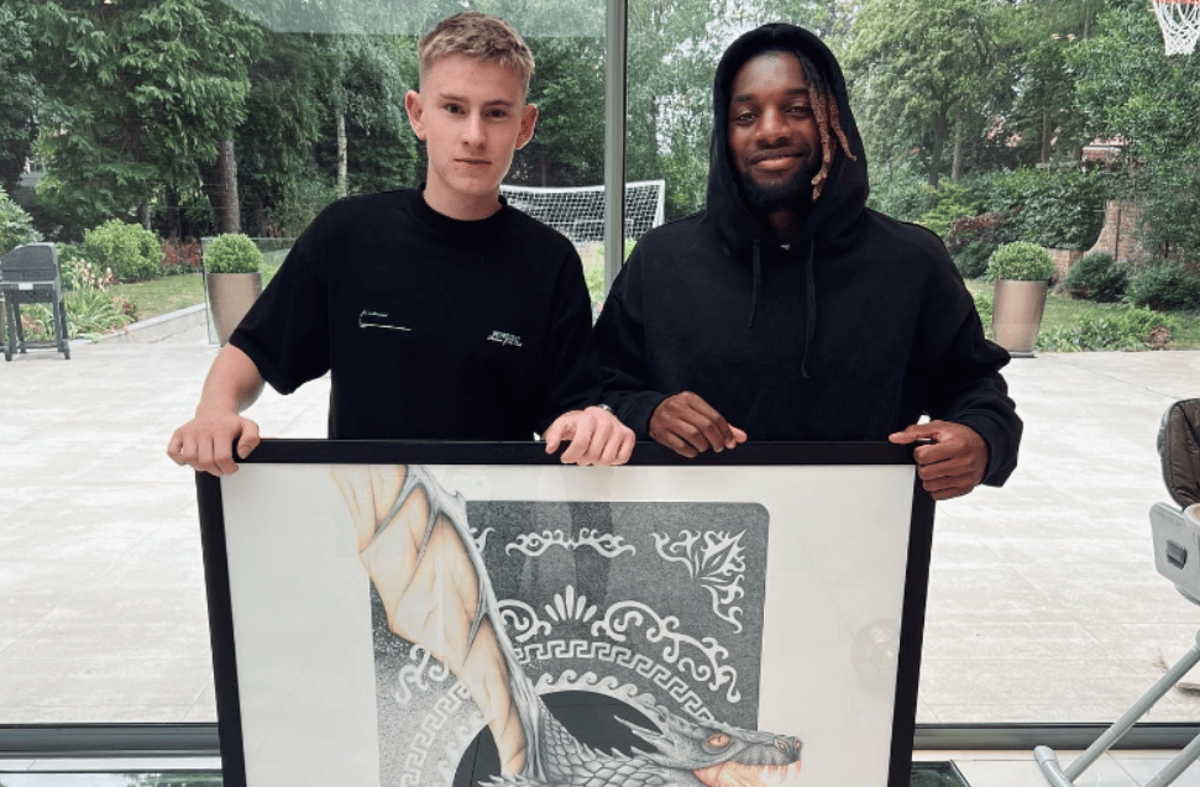 The Newcastle University student entrusted by Newcastle United winger Allan Saint-Maximin to create a bespoke work of art has opened up to the behind-the-scenes process.

Ed Pettitt is a Cheshire architecture student who spends hours working on his hyper-realistic artworks in his spare time.

Despite being from the North West, the artist himself is a Magpies fan having developed a “close relationship” with the city while his sisters were at Newcastle University.

He said: “When my sisters came to Newcastle it dawned on me that I had to start supporting this one and then it just grew for me. I can’t stop supporting now!”

Ed’s love for the football club led him to an early session of Saint Maximin‘s very own Helios game at the ABOVE bar in Newcastle, where his journey into creating the artwork began.

Ed said: “In February I went to the tournament and talked to Allan, that’s when it all started.

“It happened at the student tournament. We played the tournament and towards the end I approached Allan with my artwork – drawings of football shirts and shoes and stuff – and he seemed quite keen on getting me to do something with Helios.”

When Saint-Maximin and his team commissioned two designs, the young artist admitted that he was a little nervous at first, but he was eager to take the opportunity to make his name known. All nerves were quickly crushed when a radiant Saint-Maximin was shown the final piece last month.

The second piece of Helios art created by Ed

He said: “It was a big opportunity for me, really exciting. You don’t know what he will think of the last piece, but you just have to have faith in your own abilities.”

Both pieces created by Ed relate to the Helios game. The first is a black card and the second is a dragon head on the front of a Newcastle United shirt.

For those unfamiliar with Helios, here’s how Saint-Maximin explained it last December. He said: “I have been working on the board game for two years. I am very happy because I think we have reached our goal – to bring different emotions, a lot of joy and generosity. People can win a lot of things through the game, what kind of is a great achievement for me.

“Helios is often regarded as the God of life and creation who brings joy to people’s hearts. It comes from Greek mythology, just like the game.”

The winger is, of course, known for his larger-than-life style on the pitch in St. James’ Park, and Ed praised his idol off the pitch as well.

He said: “He is very generous and kind. I’m sure he’s seen a lot of artwork before, and he still showed a real interest in mine. He gives a lot of stuff away and that’s really how he is. A great guy. “