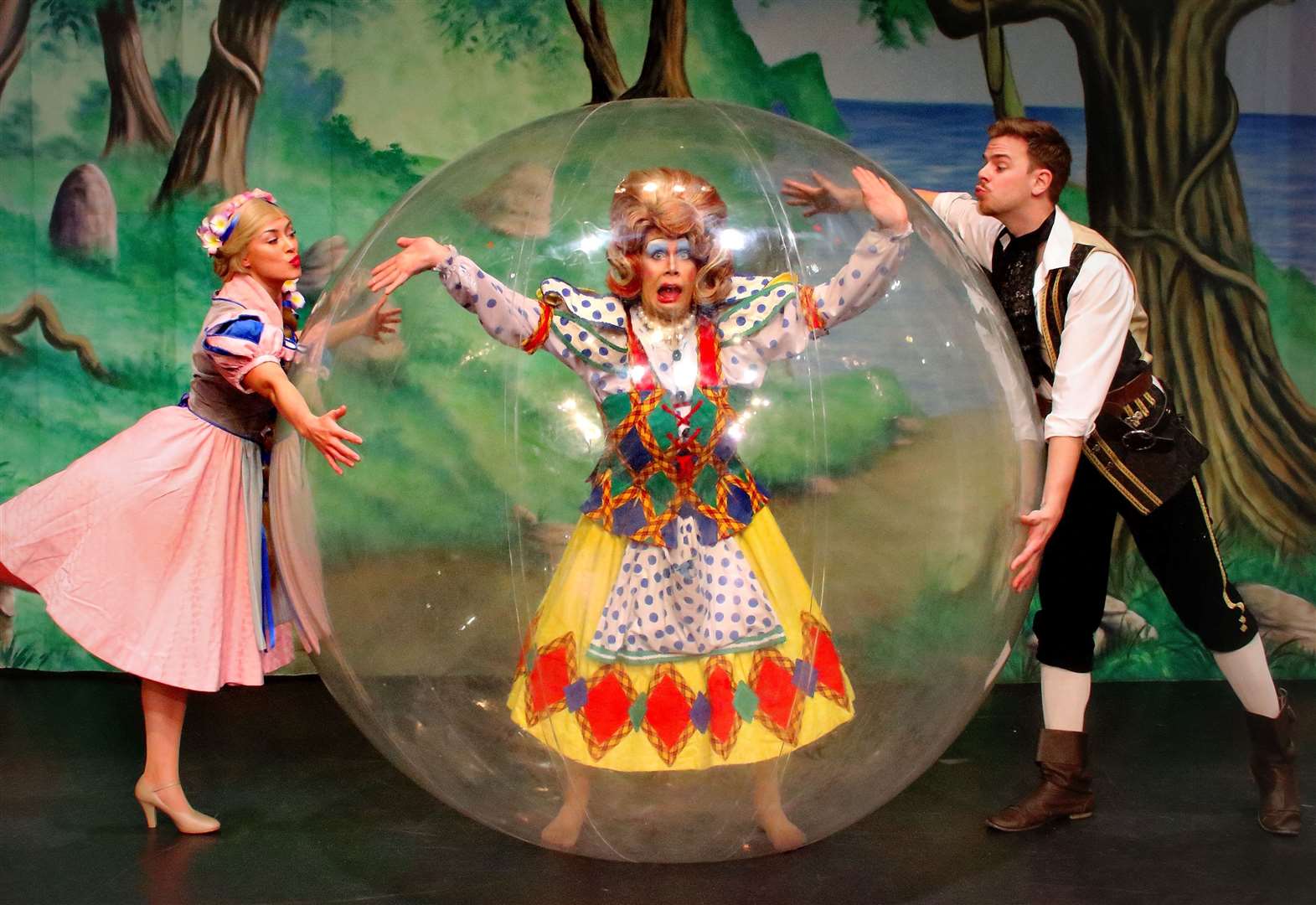 An act featuring a pantomime lady from Kent has been voted out of Britain’s Got Talent this year.

Mama G is a panto drag act and performer best known for her digital storytelling, stories of inclusivity and energetic live performances.

She has worked with Disney, Pride in London and London Zoo and performs regularly at the Woodville Theater in Gravesend, as well as several other venues across the UK.

During the pandemic, she held virtual storytelling workshops with schoolchildren, had one of her stories turned into a musical, and even hosted her own digital pride.

The local theater star and her group won the support of the four judges in an audition and reached the live semifinal.

But last night, the group was captivated by judge Simon Cowell and voted out of the show by viewers.

During the performance, the group performed a music and dance medley.

The sassy group even bent over in a row and flashed their underwear to reveal the message: ‘We [heart symbol] Simon’.

But this was after Mr. Cowell buzzed them. After the performance, he said: “I feel really, really bad right now.

“At that point it wasn’t going great and then everything changed halfway through.

“The second half had a lot more energy, it was a lot more fun, so I’m taking my ‘X’ half off.”

But the other judges disagreed, with David Walliams saying: “You’ll be surprised to know I loved it. It was so much fun.

“The second half had a lot more energy, it was a lot more fun, so I’m taking my ‘X’ half off.”

“It was a riot of color, jokes and wonderful personalities that shone through.”

“Thank you so much to everyone who tuned in and voted for Dame Nation last night!

“It may not have gone the way we hoped, but I’m incredibly proud to have brought panto to such a big stage and such a wide audience!

“I loved doing what I love most! What an honor!”