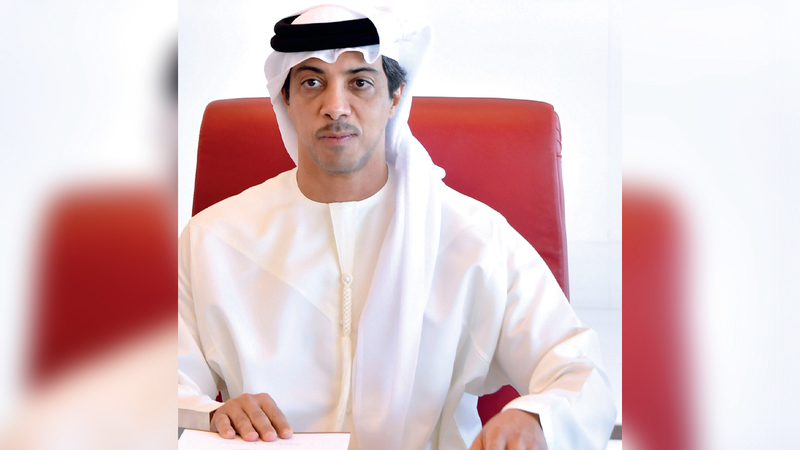 HH Sheikh Mansour bin Zayed Al Nahyan, Deputy Prime Minister and Minister of Presidential Affairs and Chairman of the Judicial Branch in Abu Dhabi, has made decisions to approve the status of bailiffs for 91 bailiffs in seven government departments in the Emirate of Abu Dhabi, including including the Departments of Health, Economic Development, Energy, Culture and Tourism, Municipalities and Transport, Abu Dhabi Pension Fund, in a manner that empowers the specialized inspectors to carry out the duties of judicial control in respect of crimes and administrative offenses committed fall under their jurisdiction and are related to the work of their job in accordance with applicable law.

Judicial officers took the legal oath before the Attorney General of the Emirate of Abu Dhabi, Counsel Ali Muhammad Al Balushi, at the department’s headquarters.

After taking the oath, the public prosecutor delivered a speech to the bailiffs, in which he called for commitment to the correct application of legal systems in the performance of their duties.

He said that the granting of bailiff status to a number of employees of the Ministry of Justice, to start carrying out their inspection and control tasks in accordance with their functional competences, and to implement procedures for control and audit activities in compliance with regulations and laws in force contributes to the development of institutional performance and improvement of service quality in various sectors at the level of the emirate of Abu Dhabi, thus strengthening its global position.

He noted the Department’s willingness to qualify and train candidates for judicial police status, through specialized training programs at the Abu Dhabi Judicial Academy, with the aim of preparing inspectors familiar with all aspects of judicial and administrative control, including the correct application of the law, and establishing the principles and foundations of control and auditing in service sectors, with a focus on practical training from the realities of seizure records and procedures for the Public Prosecution Service and criminal courts.