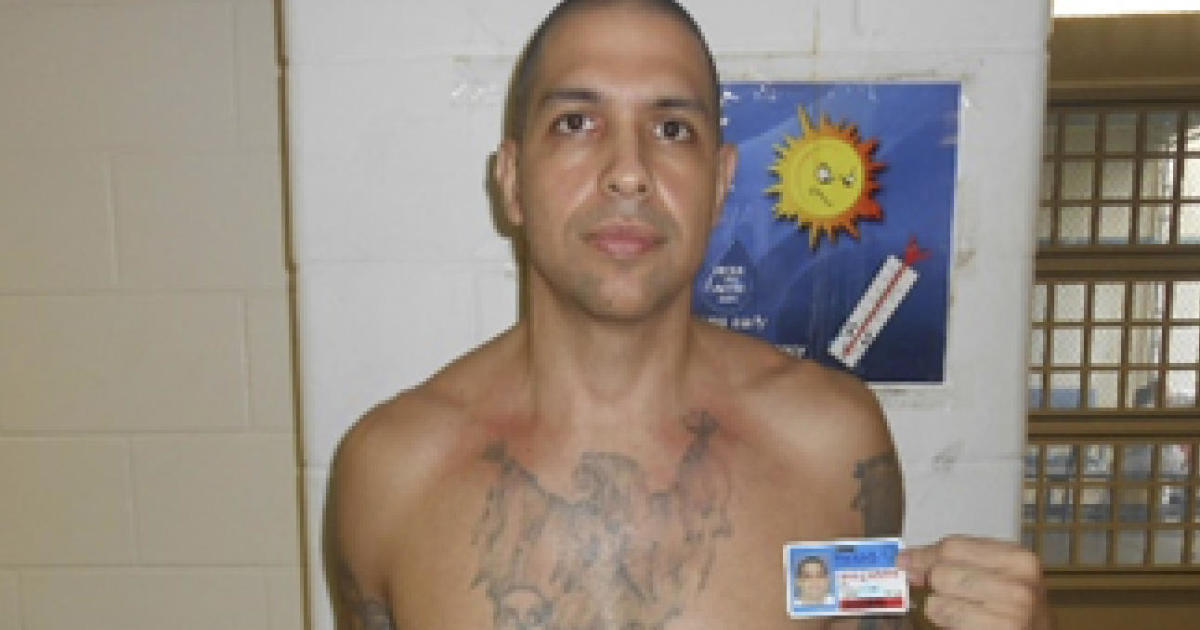 A convicted murderer on the run since escape from prison bus after stabbing the driver was fatally shot by law enforcement officers last month after killing a family of five and stealing a truck from a rural weekend cabin, a Texas prison system spokesman said. Four children were among the murdered relatives, officials said.

Gonzalo Lopez, 46, died in a shootout with police late Thursday in Jourdanton, about 35 miles south of San Antonio, after driving the pickup more than 200 miles from the cab, Texas spokesman Jason Clark said. Department of Criminal Justice.

Lopez had an AR-15-style rifle and a pistol that authorities say was taken from the cabin, Clark said.

Authorities in Atascosa County — about 220 miles southwest of the cabin — recognized the stolen pickup from an alert sent hours earlier by law enforcement and stuffed it with spike strips, Clark said. Lopez then crashed the truck into a tree in a residential area and ran.

The search for Lopez, who escaped while being transported in a caged space on a prison bus, intensified Thursday when someone called police because they feared they hadn’t heard from an elderly relative.

That led the officers to a rural cabin near Centerville in Leon County, in the same area where Lopez had escaped from the bus. The names of the five people found dead in the cabin were not immediately released by authorities.

The Tomball school district in suburban Houston said Friday that the four children were students in the district and the adult was their grandfather.

“There are no words. During this difficult time, the Tomball community continues to work together after the tragic loss of four students,” said school principal Martha Salazar-Zamora.

The victims were said to have arrived at the cabin they owned on Thursday morning, Clark said. The five were allegedly murdered Thursday afternoon and have no connection to Lopez, he said. Authorities don’t yet know whether Lopez had stayed in the cabin or whether he had ambushed them upon their arrival, Clark said.

“We are very saddened that the murders have taken place, but I will tell you that we are breathing a sigh of relief that Lopez will not be able to hurt anyone else,” Clark said late Thursday.

Lopez had been the subject of an intense search since his May 12 escape from the prison bus. He was being transported from a Gatesville prison, more than 100 miles west of where he escaped, to a Huntsville prison for a medical appointment when he escaped in Leon County, a rural area between Dallas and Houston, the Texas Department of Criminal Justice has said.

The department has somehow told Lopez: freed himself from his hand and leg cuffs, cut through the expanded metal of the cage and crawled off the bottom. He then attacked the driver, who stopped the bus and got into an argument with Lopez, and eventually they both got out.

A second officer at the back of the bus got out and approached Lopez, who got back on the bus and started driving down the road, the department said.

The officers fired at Lopez and disabled the bus by firing at the rear tire, the department said. The bus then traveled a short distance before exiting the lane, where Lopez got out and ran into the woods. At some point during the escape, Lopez stabbed the driver, whose wounds were not life-threatening, the department said.

Clark said “a serious incident investigation” will be conducted into the escape.

“It’s our duty to back up to find out how he escaped, how he violated our security protocols to get out of that transport vehicle,” Clark said.

Lopez was serving a life sentence for a 2006 conviction for the murder of a man along the Texas-Mexico border.

The US Marshals Service released photos last week showing Lopez’s tattoos, and announced that a combined reward of up to $50,000 was being offered for information leading to his arrest.

“He is cunning”, That said spokesman for the Texas Department of Criminal Justice, Robert Hurst. “He’s done this before in South Texas in Webb County — he’s been hiding for almost nine days.”