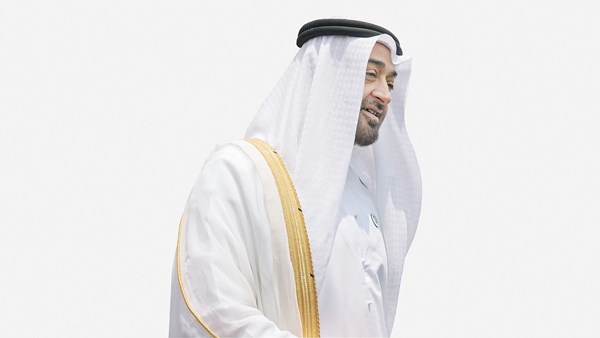 The “Reaching the Last Mile” program is one of the major health initiatives launched in 2017 by His Highness Sheikh Mohammed bin Zayed with the support of the Bill and Melinda Gates Foundation and the Department of Development, and this initiative will take another while. decade, worth $100 million.
Regarding the beneficiaries of these initiatives, Al-Mandhari stated that the base of those targeted by the initiatives of His Highness Sheikh Mohamed bin Zayed Al Nahyan, President of the State, may God protect him, and his tireless efforts to promote of health and humanitarian work is expanding to different age groups, multiple communities and many countries. He mentioned that while His Highness’s efforts to eradicate polio are focused on protecting millions of children in the region and abroad from this crippling disease by providing vaccines and supporting countries where the disease is still endemic is or is vulnerable to the virus, His Highness’s contributions to the fight against communicable diseases – which impose a burden on health for all countries of the world – include all age groups in different societies.
And he indicated that efforts under the patronage of His Highness Sheikh Mohamed bin Zayed Al Nahyan, president of the state, may God protect him, include efforts to end neglected tropical diseases that affect hundreds of millions of people from different countries. groups and countries of the world.
“At the same time, large numbers of healthcare professionals have taken advantage of medical supplies and supplies to enable medical personnel to safely perform their professional duties in response to COVID-19,” he said.
“We highly value the role of the UAE and His Highness Sheikh Mohammed bin Zayed in the region and abroad,” he said.
We remember with appreciation and gratitude that the UAE has established field hospitals in a number of countries, including Sudan, Guinea, the United Kingdom and others, to deal with the effects of the Covid-19 pandemic, and has sent aid planes carrying tons of medical supplies to many countries, including Ukraine, Italy, Kazakhstan and Colombia.
He pointed to the provision of a number of field hospitals to African countries to support their health services, and the allocation of approximately $36.3 million for polio eradication and emergency relief.
He addressed the critical role of the International City for Humanitarian Services in Dubai in strengthening the work of the World Health Organization in terms of urgent response to health emergencies.
He said: “The International Humanitarian City and the government of the United Arab Emirates have donated the cost of charter flights, estimated at more than $1,215,000, to support the World Health Organization’s rapid response to health emergencies for both COVID-19 and others. . , especially in response to the explosion of the port of Beirut in Lebanon. †
He explained that through the World Health Organization logistics center in Dubai, whose role has increased during the Covid pandemic, we have been able to ship more than 400 deliveries of supplies to 116 countries in all six WHO regions from Venezuela to the Philippines.
He stated that during the acute phase of the response to the Covid-19 pandemic, nearly 80% of all PPE shipped by the World Health Organization was delivered through the logistics center, including 26 million masks, 9.5 million gloves and 2 .5 million Respirators, 1.1 million face shields, 1.2 million screening tests and 500,000 RT-PCR tests to support surveillance and virus detection activities.
He stressed that through the International Humanitarian City in Dubai and the logistics center, it was able to respond simultaneously to multiple health emergencies, including the explosion in Lebanon and the outbreak of infectious diseases such as cholera, diphtheria, yellow fever, dengue fever and Ebola in different countries and regions.
He said: “The volume, value and number of shipments from the World Health Organization logistics center, the number of countries it reached and the regions supported in 2020 exceeded the output of the previous five years combined, and the International City for Health Services continues to play its active and active role.”
On the UAE’s role in combating neglected tropical diseases, Al-Mandhari replied: “The UAE has made diplomatic efforts to obtain official approval to designate a global day for neglected tropical diseases.”
He added: “In close cooperation with the World Health Organization, His Highness Sheikh Mohamed bin Zayed Al Nahyan, President of the State, May God Protect Him, played a vital role in building partnerships and supporting the establishment of this World Day. ” On May 27 last year, the delegates who attended the Seventy-fourth World Health Assembly decided to declare January 30 as World Neglected Tropical Diseases Day.

Regarding the role of His Highness Sheikh Mohamed bin Zayed Al Nahyan, president of the state, may God protect him, in the global fight against polio, the WHO regional director for the Eastern Mediterranean explained that the UAE has more than $200 million has contributed to efforts to eradicate polio in Pakistan since In 2014, hundreds of millions of doses of vital polio vaccines reached children.
In 2019, the UAE hosted the Reaching the Last Mile Forum in Abu Dhabi, which brought together leading global health leaders to address the central issues of communicable diseases and polio eradication.
Al-Mandhari said: “Thanks to the personal commitment of His Highness Sheikh Mohamed bin Zayed Al Nahyan, President of the UAE, may God protect him, for global health, this important forum provided an opportunity for the World Health Organization and Global Polio. Eradication Initiative to mobilize political and financial support from donors and leaders around the world to end polio.” He stressed that the UAE continues to support efforts to achieve the goal of polio eradication through its co-chairmanship with the State of Qatar of the new regional-level subcommittee on polio eradication and disease outbreaks, and as hosted two major dialogues at the United Nations in New York on gender and eradication, on polio. He said: “We are confident that the United Arab Emirates and other regional and global donors will continue their efforts until the global eradication of this disease is announced.”

$450 million to improve people’s health
Over the past ten years, His Highness Sheikh Mohamed bin Zayed Al Nahyan has provided more than $450 million to improve the health of people around the world, and to provide this assistance in the form of treatments, preventive care and training in communities. who lack good health services, with a special focus on reaching the last mile of disease eradication. The UAE is one of the largest donors supporting efforts to support the eradication of malaria, including the Results-Based Management Partnership to End Malaria, a global platform to coordinate actions to rid the world of malaria, while the UAE is also a is a leader in results-oriented management and contributions to new operational research and additional advocacy to eradicate malaria from the Roll Back Malaria Partnership, where malaria cases and deaths have decreased significantly over the past 15 years.