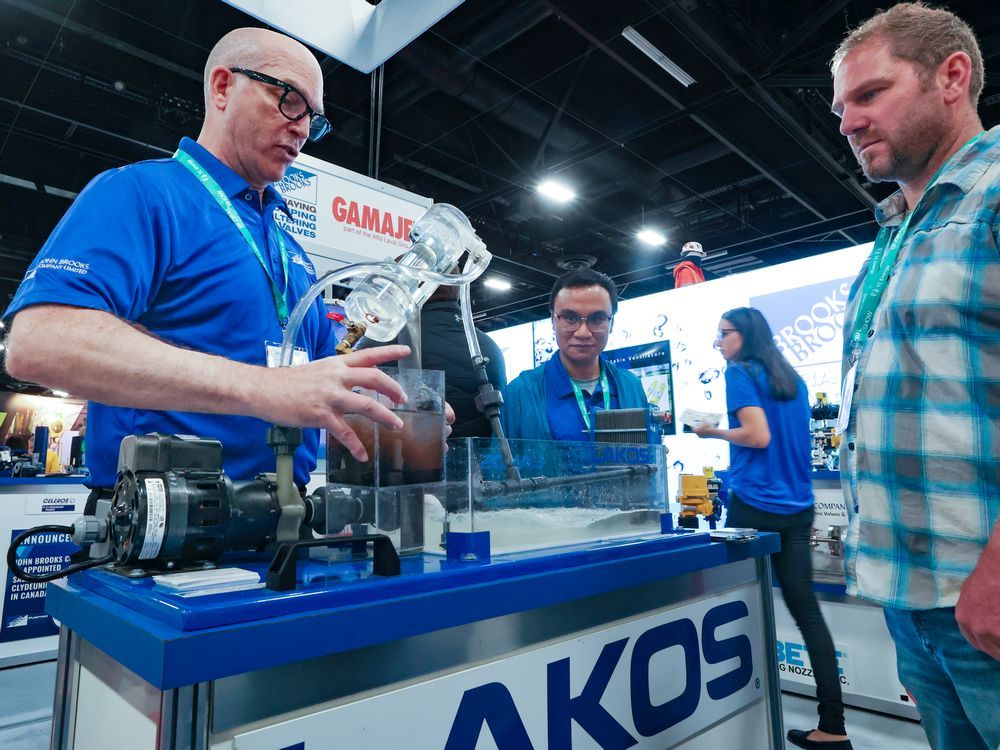 The Global Energy Show is back after three years and operates in an environment that is completely different from the last time the three-day industry conference took place in 2019.

Talks have shifted from what can be done to what is being done to achieve cleaner energy, as oil and gas have moved from recession and recovery to boom with global demand that the industry is struggling to meet.

Kicking off Tuesday at the BMO Center on the Calgary Stampede property, the show spoke about the role the industry can play in reconciliation with a keynote address by former Attorney General of Justice and Attorney General of Canada, Jody Wilson-Raybould.

She noted that the relationship between oil companies and First Nations has come a long way, but there is still work to be done and partnerships have been formed. However, these actions cannot be done independently of other efforts and groups, nor can people expect problems to be wiped out or completely resolved through the courts. It’s about finding a way forward together, with the help of people who can build bridges between indigenous and non-indigenous factions of society, which she calls “middlemen.”

“The energy sector, I think, can lead the way as an intermediary,” Wilson-Raybould said. “You’re on the ground, in community, touching directly what’s vital to Indigenous people – their land and resources, the environment.”

She said the energy sector is already proving to be an instrument of reconciliation, lifting communities out of poverty. It is a tangible substantive shift that goes beyond the symbolism of lowering a flag or wearing a shirt that many fall back on.

Green, or greener, energy is an important theme at the conference this year. Even with the return of high oil prices and increasing demand, Cenovus CEO Alex Pourbaix said progress must and will continue in the transition to net zero emissions for the industry. He sees the role Canada can and should play in meeting global energy demand, as well as leading the way in clean oil and gas.

He said Cenovus’s goal is to reduce emissions by 35 percent by 2030 and eliminate them by 2050 through a number of different initiatives, including Pathway to Net Zero, which continuously develops technology, uses and stores carbon capture. and the potential to shift. to small nuclear reactors to power large projects.

“We are at the center of ethical production of oil, I would argue in the world, and you now have all the major players in this industry committed to decarbonising that well oil,” he said. “I have no idea how much oil will be needed in 50 years. … But I can tell you that if we can crack this nut about decarbonization, I think we have an incredibly strong claim that the last barrel of oil pumped into the world should be Canadian oil.

Riley Found, senior advisor on strategic initiatives for the Canadian Nuclear Association, said there is no panacea that can alleviate Canada’s growing energy demand. It won’t be done entirely by wind and solar, or hydropower, or natural gas, or even nuclear investment. It’s going to contribute from all of these options.

He said one of the big challenges is educating the public, which is a challenge for nuclear power as they dig themselves out of decades of Homer Simpson causing meltdowns on TV or Hollywood spinning barrels of nuclear waste in movies. This conference is an opportunity for them to have those direct conversations with people.

“Nuclear is the only energy type that can tell you where the waste is, it’s in the ground, it’s controlled, it’s controlled, we know where each of our waste has gone, and no other energy type can say that, said Found. from CNA’s booth at the sprawling show. “It’s clean, it’s safe and we have a great track record.”

Paul Krawchuk, director of the Canadian Heavy Oil Association, said the show is an opportunity for them to speak to the public and promote Canadian oil and gas as some of the cleanest in the world.

“I believe Canadian heavy oil is picking up a bit,” he said. “What the oil sands and heavy oil companies in general are trying to do in Canada I think is really cutting edge, in terms of environmental performance.”

He added, with growing concerns about energy security, Canada is becoming more attractive to the global market and he feels much more optimism in the industry.

Mayor Jyoti Gondek said the talks that will take place through Thursday during the show will be critical to Calgary’s future. She said the city has taken the idea of ​​energy transformation to heart, as evidenced by the speed with which this shift has taken place and the commitment of all business actors to work together to find solutions.

“We have long been leaders in transforming the energy economy and this is our chance to shine in front of world leaders,” she said.

The 2019 show had a direct $45 million impact on the city of Calgary, and its return sends a big signal to the rest of the tourism industry about the city’s position for recovery.

“The bigger game, for me, is making sure that the people who come here come back here,” she said. “Not just to hold other events here, but to bring their families here and possibly move their business here.”