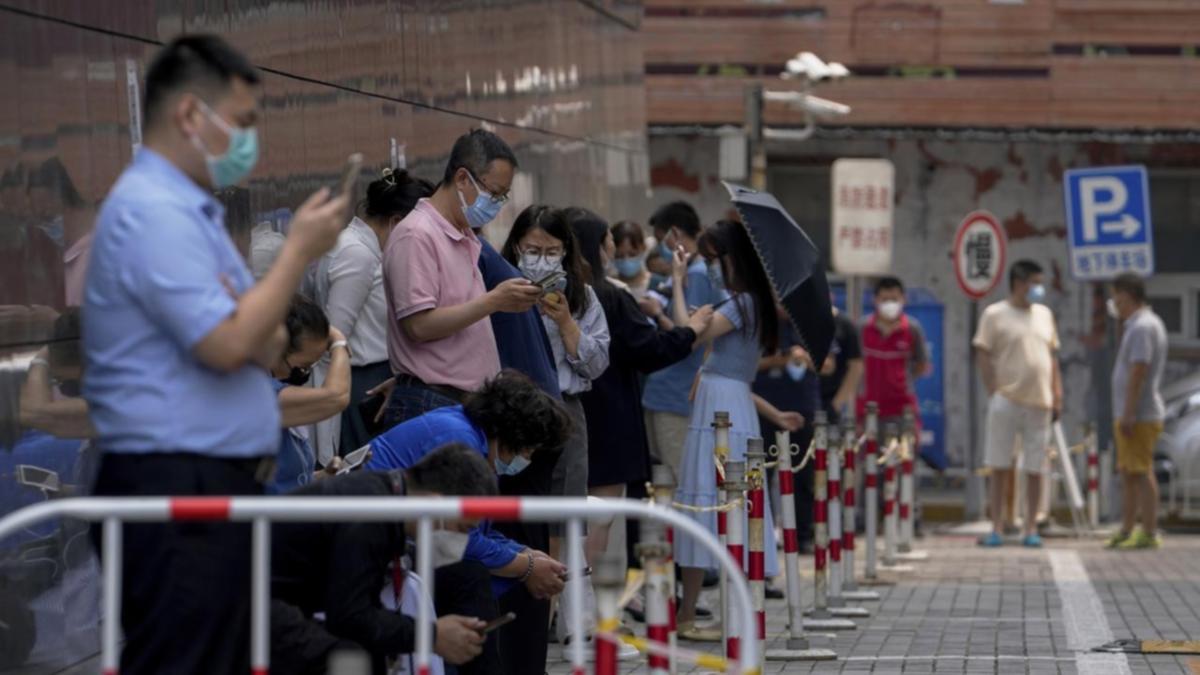 The WHO said the number of coronavirus cases continued to fall, with about 3.2 million new cases last week, further dropping the number of infections since the peak in January. Still, there were significant spikes of infection in some regions, with the Middle East and Southeast Asia reporting a 58 percent and 33 percent increase, respectively.

“As many countries have reduced surveillance and testing, we know this number is under-reported,” said WHO Director-General Tedros Adhanom Ghebreyesus earlier this week.

He said there was “no acceptable level of deaths from COVID-19” as the global community has the vaccines, drugs and diagnostics to stop the virus.

While many wealthy countries in Europe and North America have largely dropped their virus restrictions, China’s extreme policies have led to more mass testing, quarantines and incarceration of anyone in contact with a case.

The Chinese capital this week put the school back online in one of its key districts amid a new outbreak linked to a nightclub. Residents in Beijing still undergo regular tests and are required to wear masks and swipe a mobile phone app to enter public places and facilitate case detection.

China has maintained its “zero-COVID” policy despite significant economic costs and a claim by the WHO head that the policy is unsustainable.

This week, U.S. officials moved one step closer to authorizing coronavirus vaccines for the youngest children, after the Food and Drug Administration’s vaccine advisers gave a thumbs-up to Moderna and Pfizer-BioNTech vaccines for children under five.

The outside experts voted unanimously that the benefits of the injections outweigh the risks for children under five, or about 18 million young people. They are the last age group in the US without access to vaccines, and many parents were concerned about protecting their small children.

With all regulatory steps complete, the recordings should be available next week.