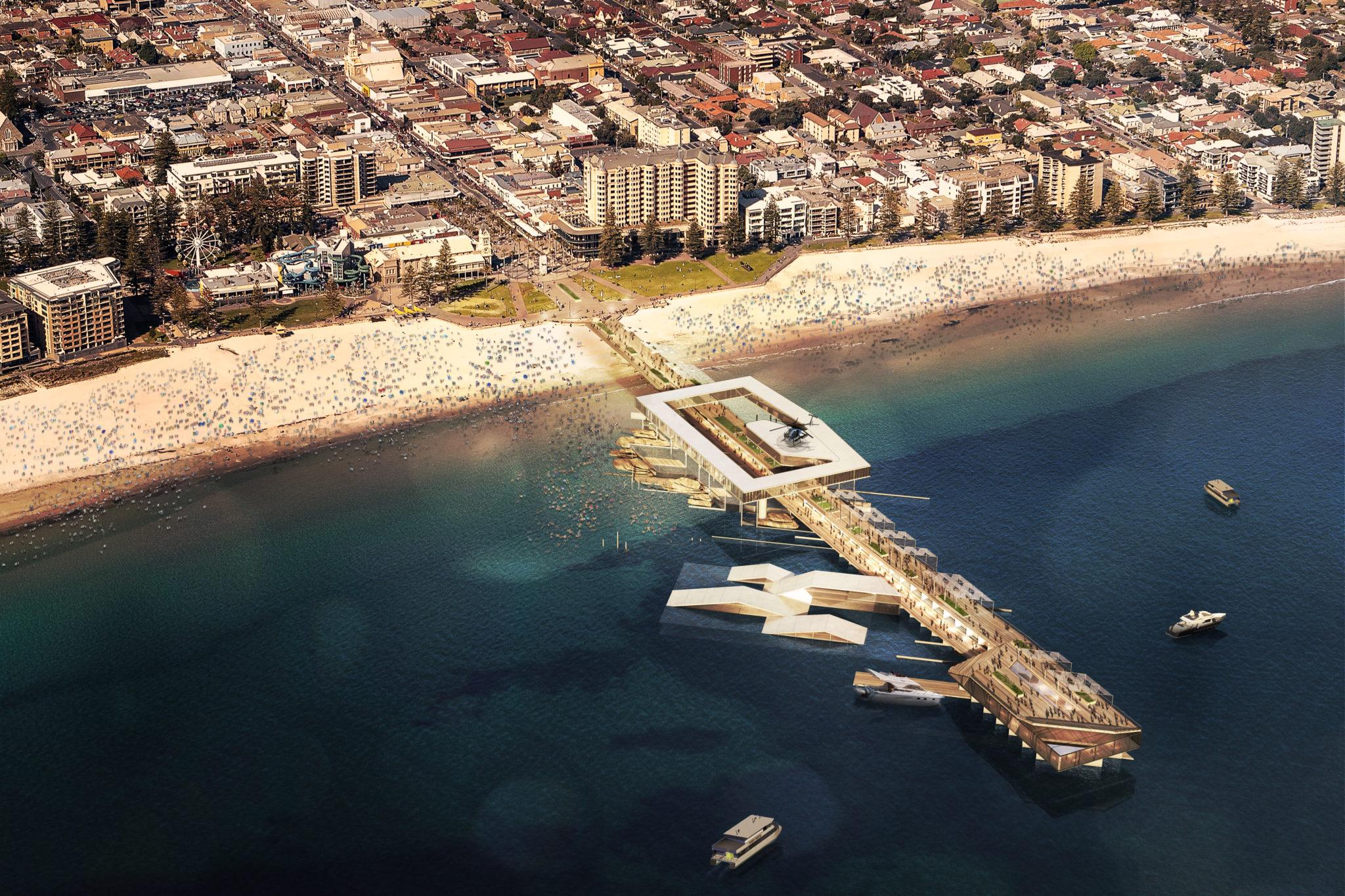 The Steven Marshall-led Liberals pledged $20 million to the project in 2016 while still in opposition.

It was dependent on a positive cost-benefit analysis for the project, a joint design by Mott MacDonald and Woods Bagot that would have seen the construction of a new hotel and aquarium as part of a dock extension and refurbishment that documents say would have cost. as $280 million.

In government, the Liberals set up a project reference group that included senior bureaucrats, representatives of the Holdfast council and local residents, as well as former mayor-now-Liberal MP Stephen Patterson, who later resigned after his promotion to the front bench.

But little more has been heard of the project, with Infrastructure Minister Tom Koutsantonis declaring today that the money was now off the table.

He said the former Liberal government was told in 2020 by an unreleased independent feasibility assessment that the project “would not create economic value beyond costs”.

A briefing note on the PricewaterhouseCoopers review, seen by InDailysaid his finding was “consistent with previous analyzes of the project, where sensitivity testing showed that moves in assumptions could reduce the value of benefits below cost estimates.”

“While the project, as defined at the time, demonstrated a range of benefits to the community, visitors and businesses, the project did not create economic value above cost,” the briefing said.

“Based on a 30-year project term, applying a 7 percent discount rate, PwC estimated that the project would have a net present value of $30.8 million negative and [Benefit-Cost Ratio] from 0.88.”

It did note that “further work should be done to understand the true impact” of shrinking the project, including “removing the aquarium or other components from the project scope”.

The briefing said that “after reviewing the report, no substantive further action was taken by the ministry or, to our knowledge, by the previous government”.

Koutsantonis told InDaily today: “The Malinauskas Labor government will not proceed with this project.”

“Instead, the $20 million will be spent on the government’s planned investment in health,” he said.

But it’s unclear if the $20 million stayed in the budget in any case.

The last clear mention of the project was in the 2018-19 fiscal policy — the former Marshall government’s first economic statement.

In that document, it was described as “$20.0 million in grant to the City of Holdfast Bay for the redevelopment of the Glenelg Jetty [which] will bring new tourism and retail opportunities to the area”.

“The government will work with the City of Holdfast Bay to secure their contribution to the project, in addition to contributions from the Commonwealth government and private developers,” it said.

“The government grant will be provided as soon as the project approvals and project finances have been completed.

However, the project is not immediately mentioned again in subsequent budgets.

A liberal source told InDaily “there was an investigation” [and] it wasn’t going anywhere”.

“At one point there was a discussion that SARDIA [South Australian Research and Development Institute] could be moved there… it was looked at in the early days but never went anywhere and the money was taken out of the budget. †

But Holdfast Mayor Amanda Wilson says the council was never officially notified that the project would not go ahead.

“They promised $20 million, but it seems to me they never supported the idea,” she told InDaily.

“Despite our constant seeking to meet the Secretary of State, Corey Wingard, no progress was ever made by them. [but] they had never called me and ruled it out.

“It was more that there was no one in the government except Stephen Patterson, who was an active supporter of it.”

Patterson told InDaily the former government has exercised due diligence, but the plan as it has been presented “is failing”.

“Some assumptions from the previous modeling were wrong… we asked the municipality to go back and review the proposal,” he said.

He noted that the project also “needed federal support, which, to be fair, proved problematic”.

“There has been no major buy-in from a federal perspective and significant private investment was also required,” he said, adding that the former government’s commitment had always been dependent on the business case.

Wilson said the council had already started discussions with the Malinauskas government about a “scaled down” alternative.

“We’re very happy with the way the new government has contacted us… we’ve already started talking about redevelopment down there,” she said.

She said the council’s lease expires in 2028-29, with a condition assessment confirming “it needs to be repaired”.

“So decisions have to be made about what to do with it,” she said.