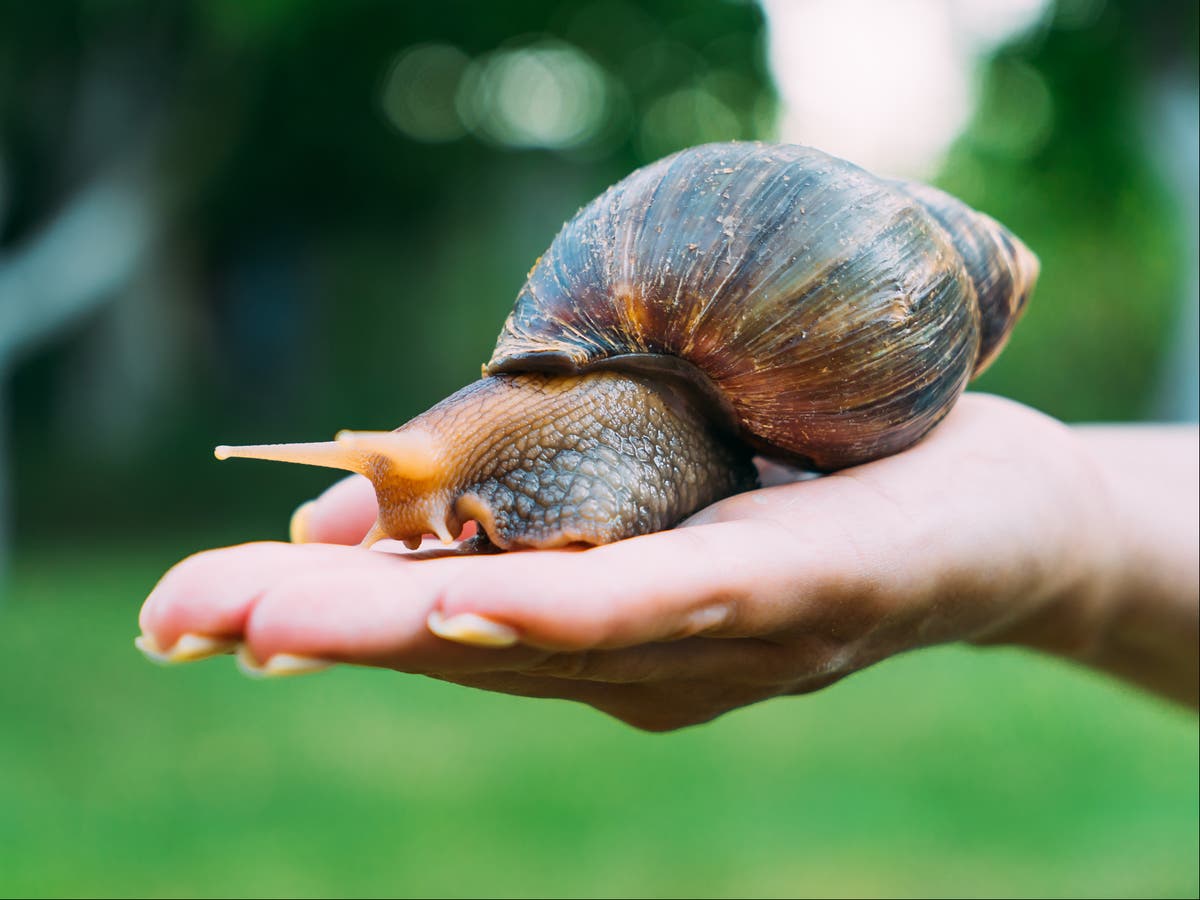 A giant African land snail has been found in central West Florida that can transmit meningitis to humans and ‘devastate’ agricultural crops.

Authorities say a gardener in Pasco County on Tuesday spotted what was later confirmed to be a giant African land snail, quarantining a small area.

No African land snails, yard waste, rubble, compost or building materials may be removed from the area without permission from state authorities.

The snails have been described by the Florida wildlife department as “one of the most invasive species in the world” because they can feed on 500 species of crops and lay thousands of eggs at a time.

The snails also carry a virus known as rat lungworm, which can cause meningitis in humans and is therefore considered a “serious health risk.”

People are advised not to touch any of the giant snails with bare hands and to wear gloves to avoid contamination.

The Florida Department of Agriculture and Consumer Services (FDACS) said the quarantine order would involve the use of a pesticide known as “snail bait,” and that treatment begins Wednesday.

Giant African land snails have been wiped out in Florida twice before. The state only stated last year that the species had finally been eradicated after a 2011 sighting in Miami Dade County.

The detection of a snail in 1969 caused the species to be eradicated in 1975.

Importing or possessing the snail is already illegal in the US. It is known to feed on crops such as “peanuts, beans, peas, cucumbers and melons,” says the U.S. Department of Agriculture.