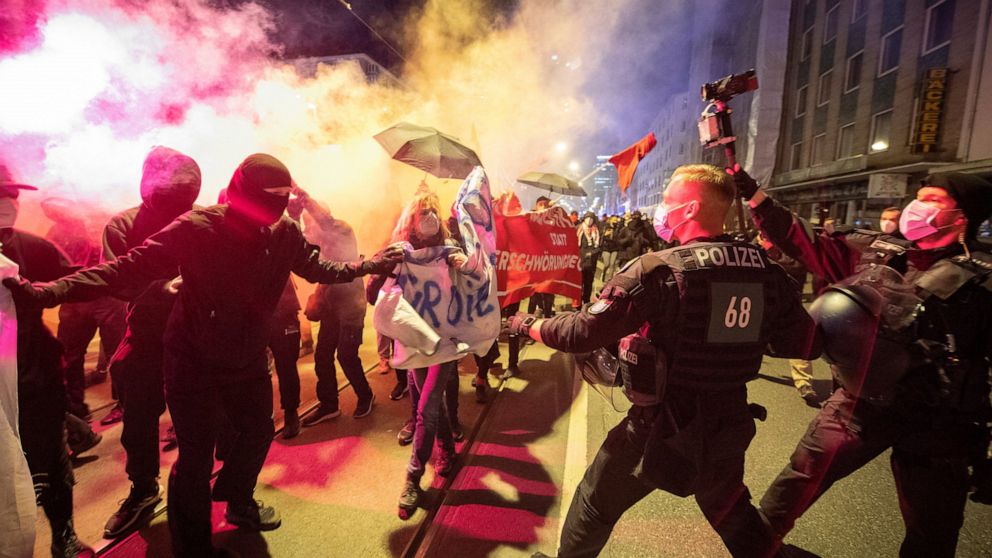 The increase included a sharp increase in crimes that could not be attributed to the traditional categories of crimes motivated by right-wing or left-wing ideology, said Secretary of the Interior Nancy Faeser.

A significant portion of these “more diverse and more widespread” crimes were committed in connection with coronavirus restrictions and the German federal election in 2021, Faeser told reporters in Berlin.

In total, Germany committed 55,048 politically motivated crimes last year, the most since public authorities started tracking the data in 2001, the minister said.

“We must protect our democracy with all our strength,” Faeser said. “Politically motivated crime is an indicator of the intensity of social conflict.”

Anti-Semitic crimes rose 29% from the previous year, reaching 3,027, the minister said. Crimes against Jews are mostly committed by far-right extremists, but also Islamist-influenced and left-wing extremists, she added.

“It is a disgrace to our country how much anti-Semitic agitation and contempt for humanity continues to spread today,” Faeser said. “We are aware of our responsibility to fight anti-Semitism with all our might and to protect Jews.”

The number of crimes attributed to the far-left fell by about 8% to 10,113 crimes.

Holger Muench, the chairman of the Federal Criminal Police Office, said the total number of politically motivated crimes in Germany has doubled in the past 10 years.

The trend reflects “a polarization and radicalization tendencies in parts of the population, which pose significant challenges to social coexistence, the rule of law and democracy,” he said.