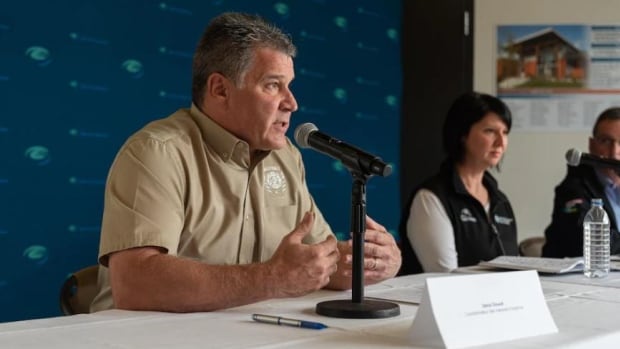 Officials are once again preparing for flooding in Gatineau, Que., with several areas of the city now at risk.

Mayor France Bélisle said at a news conference Monday that the city had been notified by civil security officials of the rapidly rising water level in the Baskatong reservoir the day before.

“We got 130 millimeters of water in 10 days. Usually we only get 80 millimeters in the same period,” she told reporters in French.

“High temperatures and heavy snowmelt in the northern part of the basin are raising levels,” she said, adding water into the reservoir has risen faster than officials initially expected.

“The water must be drained from the reservoir gradually to avoid mechanical damage.”

Those living on the edge of the Gatineau River along Saint-Louis and Jacques-Cartier streets should remain vigilant, the city said in a message shared Monday evening.

From 12 noon on Tuesday, residents can pick up sandbags at a handful of locations.

A few other neighborhoods are at moderate flood risk, the city says, including the area south of Saint-Sauveur Street between Saint-Patrice and Sanscartier streets, in addition to a handful of other streets along the river.

“The sector most at risk is along the mouth of the Gatineau River and the Ottawa River,” said Denis Doucet, the city’s emergency response coordinator.

An emergency coordination center has now been set up in the city.

It is the third time in six years that the city has been at risk of flooding, with major floods in 2017 and 2019.

For Bélisle, it is the first time she has faced a natural disaster since she was elected in November 2021. She said she’s trying to stay optimistic.

“I want to remind citizens that unfortunately we have experience with this. You will see us on your streets, especially along Cartier Street and on certain streets in Pointe-Gatineau. We will visit places that have been affected in the past,” she said .

Officials in the Outaouais region outside Gatineau have been on high alert since Friday, when waters from the Gatineau River reached critical levels there.

The rising water led to the evacuation of the Foyer Père-Guinard care home, where 68 residents live on the same day.

The facility is located on the Désert River, an offshoot of the Gatineau River. An anti-flood dike has been built around it.