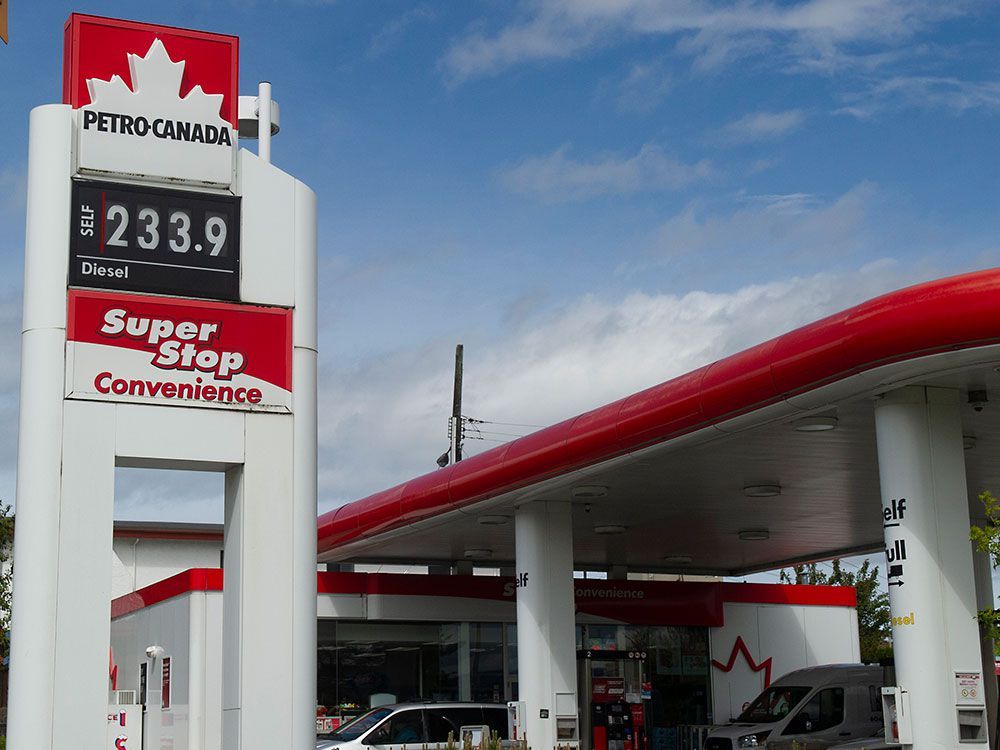 Gasoline prices continued to rise in much of Canada throughout the weekend, with experts warning more hikes to follow next week.

On Sunday, Vancouver hit a dazzling price of nearly $2.37 a liter over the weekend, while Montreal posted gas prices as low as $2.24 a liter, according to Gas Wizard, which is managed by McTeague.

St. John’s hit $2.23 and Toronto approached $2.15 for a gallon of regular unleaded gasoline.

Fuel prices are expected to rise another three cents in the coming days, he said, and the average gasoline price is expected to climb to $2.12 a liter across the country by late Monday.

In the Atlantic provinces, where gas prices are regulated, McTeague said regulators could use so-called break clauses to push through midweek price hikes.

Gas prices have risen rapidly over the past year as tight global supply has been exacerbated by the Russian invasion of Ukraine.

Prices have also risen on strong demand as the economy reopens and a busy travel season gets underway.

“Prices continue to rise as a result of summer demand,” McTeague said. “The demand for fuel remains very robust.”

Rising gas prices are exacerbating the economic toll of inflation on Canadians.

Higher fuel prices have a knock-on effect on the entire economy, raising the prices of most goods and damaging consumer confidence.

“Energy prices have a cascading effect on the price of food and other goods,” McTeague said.

In a statement, CAA gave Canadians tips to improve the fuel economy of any car.

The organization said motorists should drive conservatively and avoid “jack rabbit” starts, rapid acceleration and hard braking, which can reduce fuel consumption by 15 to 30 percent at highway speeds and 10 to 40 percent at stop-and-go speeds. traffic.