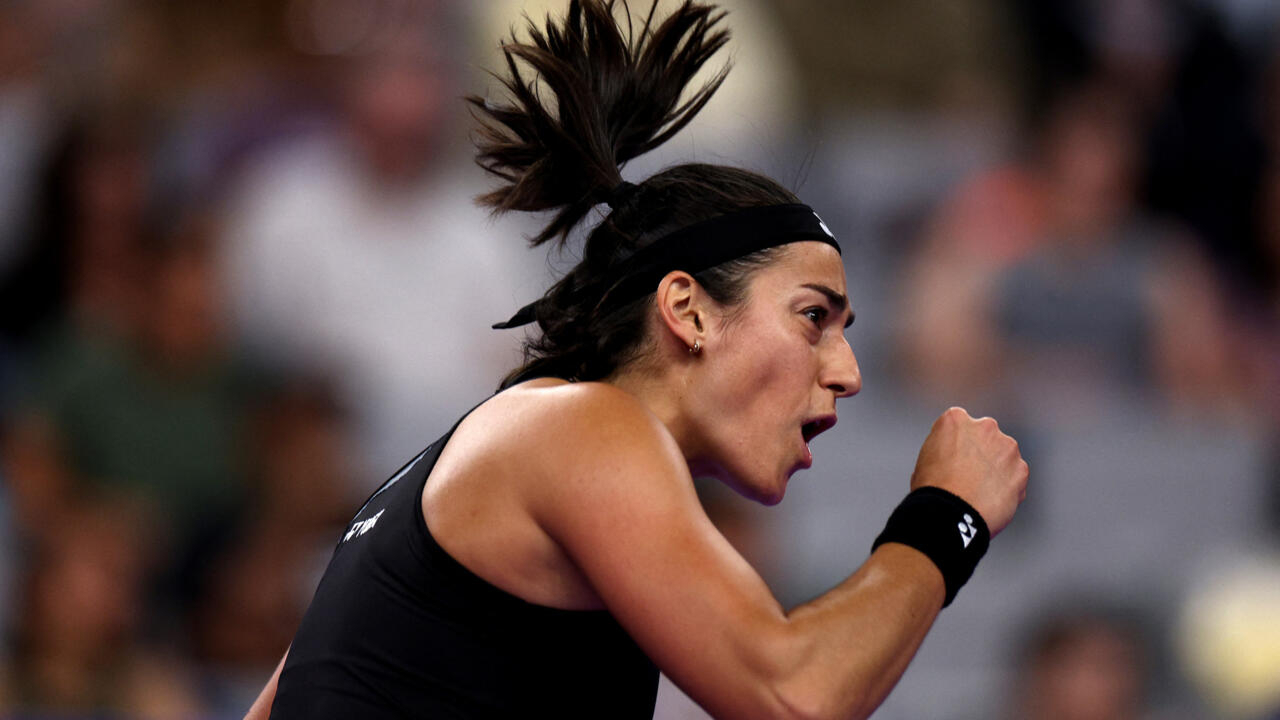 France’s Caroline Garcia gave a serving masterclass on Monday to claim the biggest title of her career by beating Aryna Sabalenka 7-6(4) 6-4 to win the WTA final in Fort Worth, Texas.

Garcia covered her face with her hands and fell on her back after a Sabalenka forehand sailed wide on match point to take her fourth title of the year.

“Today was such an intense finale,” a smiling Garcia told the Tennis Channel as he donned a cowboy hat.

“I’m very proud of how I was able to keep my mind calm and really focus on one point at a time, one game at a time.”

Both players’ thunderous serve went up in the air early on and neither faced a breaking point in the opening set of the season-ending tournament final, which featured the top eight players on the WTA Tour.

But in the tiebreak, the Belarusian’s second serve, which has occasionally ruined her this season, failed again – first a costly double fault to get behind 5-2, then another at the set point.

Garcia kept up the pressure from there, breaking to open the second set and coming through a tense deuce game to seal the win in a match where she knocked down 11 aces and never got a breakpoint.

After receiving the Billie Jean King trophy from American great Chris Evert, Garcia had kind words for Sabalenka, the seventh seed of the tournament who stunned world number one Iga Swiatek in Sunday’s semifinal.

“You bring so much energy to the field every time, it’s always a joy to watch,” said Garcia on the podium of the indoor hard court tournament.

“It’s great to have all your energy in women’s tennis. We really appreciate that.”

Garcia, 29, was out of the top 70 in mid-June but has since won four titles, made it to the US Open semifinals and will now progress to a career-high number four.

“If you don’t move forward, you go backward. And we don’t want to do that in this team.”

Sabalenka, who will rise to number five in the world, was looking forward to more title deciders against Garcia.

“Caro, I really hate you now, but you played incredible tennis, not just tonight but this year,” said Sabalenka.

“Congratulations on the results and hopefully we will play many more finals.”