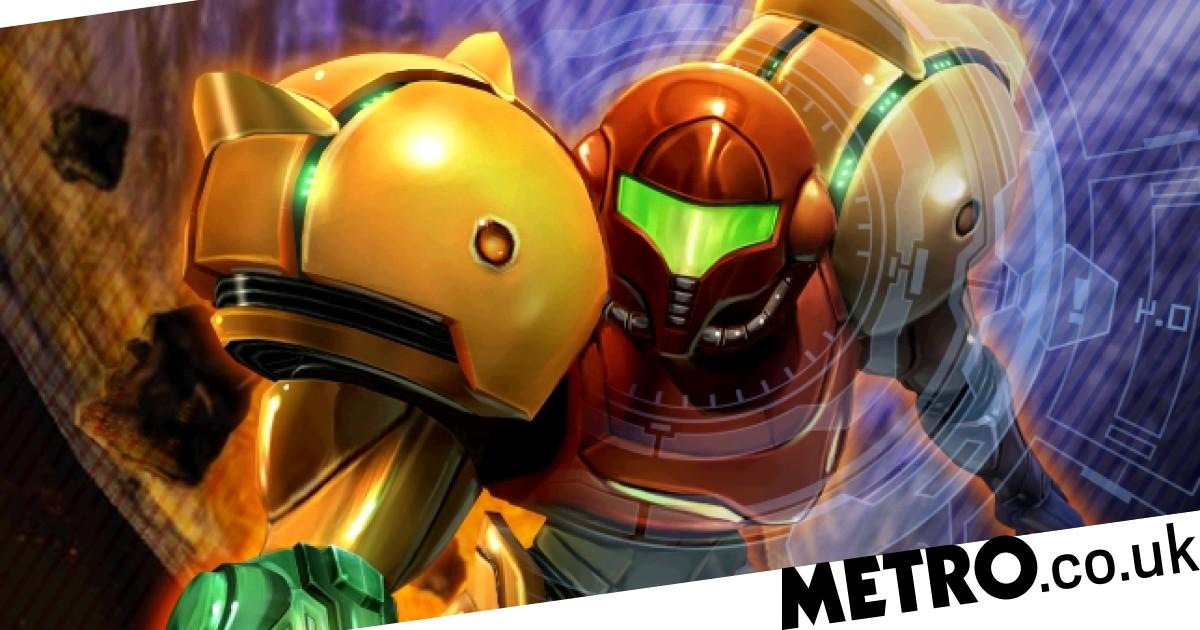 To join the discussions yourself, please email gamecentral@metro.co.uk

Contrary Direct
So there’s now more reason to hope there’s a Nintendo Direct next week? The only reason I don’t think there will be is why keep it a secret? What about game companies and pointless secrets lately? They never keep the good ones, about new games, so why be so secretive about when your reveal event is? These things were announced weeks in advance when E3 was still a thing.

Anyway, I really hope Nintendo will make an effort and talk about the new Zelda, Metroid Prime 4 and Bayonetta 3. Add in their other games that we already know and that’s a really good lineup that could easily end up being better than those from Microsoft and Sony.

Splatoon 3, Xenoblade Chronicles 3, Pokémon Scarlet/Violet and Advance Wars (hopefully) isn’t just the best set of first party games in the second half of the year, it’s the only one we know for sure. Now is the time for Nintendo to blow out their chests and show off. The fact that that’s obvious, though, is what convinces me they won’t.
Terry Gold

fallen hope
Err…so has anyone seen the new episode of Obi-Wan Kenobi this week? Not to get into spoilers, but it was actually the end of Fallen Order, but more boring and a lot dumber. The parallels to the game have been there in previous installments, as others have noted, but this is more of an unbranded, fan-made recreation and it’s kind of embarrassing.

I enjoyed The Mandalorian, but now it really seems like the games are better than the shows and the movies (not that there are any more movies). I’m all for playing good games, of course, but whoever is in charge of all these things has to sleep behind the wheel.

It’s a real shame they didn’t reveal a ton of these upcoming Star Wars games during the celebration last month, because we don’t really know what we’re looking forward to right now. And yet I’m afraid I have a very good idea of ​​what to expect from the last two episodes of Obi-Wan.
grackle

Long coming
No Fable at Microsoft’s event is a real disappointment to me and I really hope that isn’t true. It also makes me think that that developer definitely twisted the truth when they said the game has no issues.

They’ve been making it for five years or more and they still don’t have anything to show? As the other reader mentioned, even Nintendo isn’t that secretive and it’s pretty clear that Microsoft doesn’t hide the game so that others don’t copy it. They hide it before it is far from finished and/or not very good.
I hope they have a good show because it’s about time we got some good news, but I have a really bad feeling about their ‘E3’ event. I just hope they have new announcements that no one has hinted at yet.
Hershey

Email your comments to: gamecentral@metro.co.uk

The Lost Zeros
Reading about the 1-2 Switch sequel put on ice makes me wonder how many games Nintendo has canceled over the years. As I understand it, games are often canceled at every publisher, so imagine how many Nintendo must have scrapped in their time.

I think that explains why their rumors never come true, even if the sources were good. I expect they were true when they were first reported, but then they were canceled. I mean they canceled that Zelda Netflix show simply because it was leaked, maybe they do that with games too? Maybe there are five half-finished F-Zero games somewhere in Nintendo headquarters that never made it?
Focus

Now I have no idea why Sega is copying it, as it doesn’t make any more sense than Zelda, but I’d say this is definitely the root of the ideas. I expect later videos to show even bigger and more complicated bosses for you to climb. There will probably also be a horse, it will eventually become one of his new friends.
Chris P. Bacon

Beyond Soulsborne
I just beat Elden Ring and I hate to be unoriginal, but it’s an incredible game. Easily one of my favorites ever and definitely in my top five from the last two generations. But when I think back on it after my win (I’ve had a really long bath on it) I have to admit that technically it didn’t do anything new, it just brought familiar ideas and mechanics together in the most enjoyable way yet.

So my question isn’t so much what From will make next, but whether it will always be something akin to Dark Souls, but with a twist. I’m fine with that, but I’d like to see them branch out a bit. I know there are rumors of a new Armored Core, but unless it’s radically different from the others, I don’t see it too interesting.

They made the VR game Déraciné, which I haven’t played but seems interesting, so I’d like to see them do something completely, or at least largely, differently. For example, who wouldn’t want to see a style role-playing game? Or how about another silly action game like QTE fest Ninja Blade? They have grown so much as a company over the past ten years. I would like to see what they would do with new and old days with all their new experience.
boonie

Sports of the year
So if Nintendo has a new sports game every year, and Mario Strikers this year, what happens next year? I can’t believe they’re already into Mario Tennis, so what are they doing? Do you not have one or do you do a sport that suits you less well? I think they had a baseball before but I’m not sure if it was even released in Europe.

We’ll never get Super Mario Cricket, even if we absolutely should, what else could they do? Ice hockey sounds like it’s too much like Strikers and I don’t see American football being popular. Or dodgeball maybe? I say dodgeball, I still don’t really understand if that’s a real sport of something they made up for that movie.
Paulie

Fighting Positive
Personally, I am very excited to know that Street Fighter 6 will have a good single player mode. From everything we’ve seen so far, it seems like Capcom has learned every lesson from Street Fighter 5, especially regarding the poor launch and lack of content.

Their biggest problem is simply that it is no longer a surprise or nostalgia. Street Fighter 4 was the big comeback and nothing else has been able to repeat it through no fault of his own.
With Street Fighter 6 I like everything I’ve seen so far, including the graphics, the characters (including the leaks) and the tone that doesn’t get too serious, which is something I was concerned about.

Street Fighter may never be the big new thing again, but I think as long as it’s a quality game with a steady stream of updates, it could be another hit. For me it is the ultimate fighting game series and I will always be for it.
Cranston

Inbox is running too
So if Diablo Immortal is Blizzard’s worst game, what’s going to happen when it’s hugely profitable? What it probably will be. Will Blizzard assume they need to make more bad games?
Gantz

So when Ewan McGregor referred to the games, on the Obi-Wan Kenobi Disney+ show, he wasn’t hinting at a crossover with Fallen Order, he was hinting that they would just rip off the final wholesaler and hope no one notices?
Tractor

This week’s hot topic
With the Xbox & Bethesda Showcase set to take place late Sunday, this weekend’s Inbox asks you what you’re hoping to see announced, both during the show and other E3-style shows in June.

E3 may never come back, but at least Microsoft is sticking to the same schedule with its big 90-minute preview event. So what games and other reveals are you hoping for? What surprises do you predict, including new hardware and service announcements, and games slated for release this year?

Sony, Nintendo, and third-party publishers haven’t confirmed if they’ll be doing something similar this month, but if they do, what are you hoping? And what do you think is unlikely to happen?

Email your comments to: gamecentral@metro.co.uk

The fine print
New Inbox updates appear every weekday morning, with special Hot Topic Inboxes on the weekend. Letters from readers are used on a merit basis and can be edited for length and content.

You can also submit your own 500 to 600 word Reader feature at any time via email or our Submit Stuff page, which, if used, will be featured on the next available weekend.