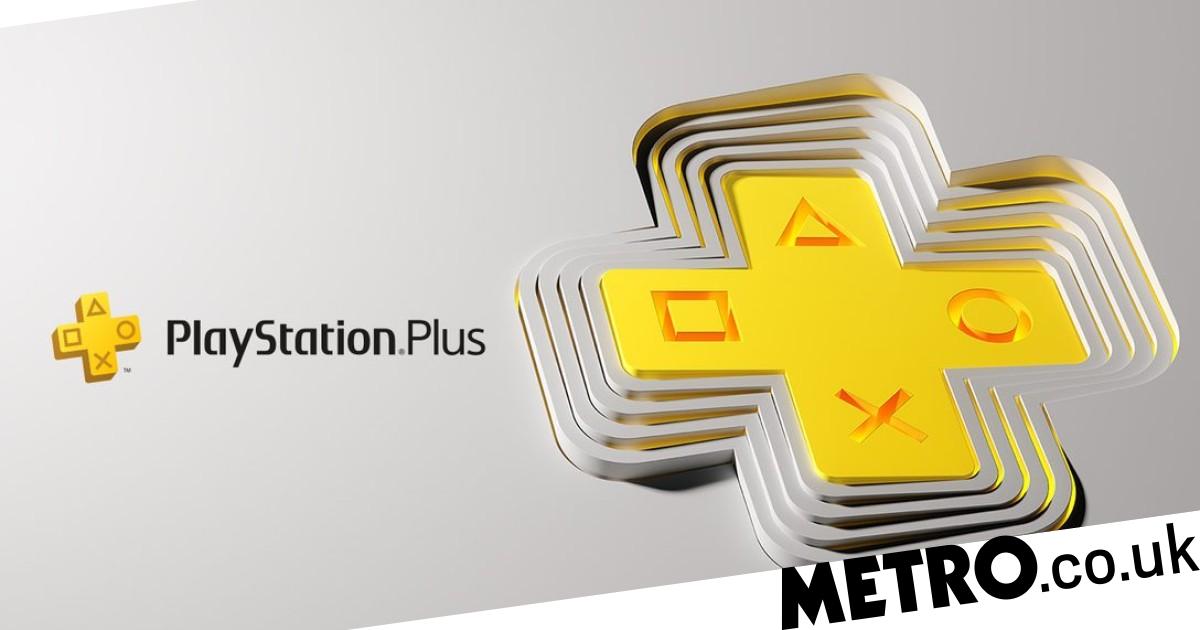 The Tuesday letters page wants to see a Western made Final Fantasy game, as one reader admits to playing Cyberpunk 2077 for 300 hours.

To join in with the discussions yourself email [email protected]

A small price to pay
So PS Plus Premium is out now in Asia and we still don’t really known know much more about it, other than it’ll work pretty much the same as the Nintendo Switch Online emulators. I know Sony is handling this badly but am I the only one that’s actually still looking forward to it? If you ask me, £13.49 a month sounds pretty good for ‘hundreds’ of games, both retro and modern, and let’s face it, the PlayStation has a lot better back catalog than the Xbox ever did.

Sure, you won’t get first party games day one but I still think there’s a worth to it, especially as you need PS Plus Essential anyway to play online. The other two tiers on top of that isn’t much more and as long as the emulation is good quality I’m all for it.

The dream, for me, is that all consoles have access to all previous formats in the same family (Xbox isn’t going to have retro PlayStation games, obviously) and this is an important step towards that, especially given Sony traditionally has the least interest in backward compatibility of the big three. There’s a mountain of amazing games out there that most people have never heard of, let alone played, and if PS Plus Premium helps to make them more accessible then I’d say it was well worth it.
Cranston

just one go
I would’ve love to see a Western developer, especially one as talented as the Guardians Of The Galaxy team, attempt a Final Fantasy game. I know some people will say that’s sacrilege, but I hated the actual Final Fantasy 15. It had all the worst elements of Japanese developers, with the long-winded stories and bad dialogue, and none of the positives. Instead of widely imaginative creatures and locations, and a unique combat system, the whole thing felt so much that it was being held back, ironically to appeal more to a Western audience.

Well, it didn’t appeal to me, I can tell you. I remember that, over the years, there have been lots of rumours of Western developers working on the series. The guys behind the Bionic Commando reboot were going to do one around the time of Final Fantasy 13.

It’s not like Western developers would have to do all the games, just try one mainline entry and inject some new ideas and talent into the series. Then Square Enix can come back and do the next one and have their own riff on what’s been added. I hope one day they do that, because I’m already not convinced of Final Fantasy 16 and its Game of Thrones with chocobo approach.
Winston

Murtagh and Rigged
There’s a lot to like in Gran Turismo 7 and a lot that’s mind numbingly dull. The endless grind being one but over the last week one almighty red mist descended upon my calm exterior when I kept getting the lowest amount of coins on every roulette card you receive for the daily mileage achievement. I decided to close the game after being awarded an unwanted tuning part and did so before pressing the ‘OK’ button. I restarted it and worked out that you still have the unopened card if you do this.

However, the whole spin is rigged. You can never receive a different prize. Other items like cars or gold bars will be changed out but the prize that you won before will always still be in the spin. It was exactly the same tuning part too. By the wrath of mother Kos what’s the point of rewarding you a card with a random prize if it’s already predetermined what prize you will receive?! Why not just give you a single parcel that contains a single prize? It’s ridiculously annoying.
wonk

Night City without end
I’ve not contributed to Games Inbox for ages but Tamon’s email regarding their sadness at completing Elden Ring struck a chord. This is exactly how I felt when completing Cyberpunk 2077 for the first time. I was completely engrossed in the incredible Night City and the variety of story missions and side quests. I invested so much time and care into how my character V was equipped and how they looked, it almost felt like I was living inside the game world.

Then it ended and I genuinely felt gutted and deflated! Fortunately though Cyperpunk 2077 has multiple different endings and three different ways to begin your character’s backstory so there’s no shortage of replayability, which is why I’m happily on my fourth playthrough and up to about 300 hours of game time.

I can’t recreate the feelings of wonder of my first play when everything was a surprise but at least I can still inhabit Night City and that keeps me happy until there is some new DLC!
Deano

Sinden poor
I think one of the big three manufacturers would score a lot of points if they partnered with Sinden to make an official lightgun for their console. I know those games got a bad reputation decades ago, because of a very tenuous link to real-world violence, but I don’t think it’s a genre that deserves to die, especially since there’s technology to use them on flat screen TVs now. It seems like something Phil Spencer would be up for.
ANON
PS: I love that bigboybent had to wait for half an hour after his tea to go get his N64, like he was going to get cramps if he didn’t!

GC: We don’t think it was scaremongering, just that the controllers are very expensive and the games invariably very shallow and lacking longevity (even if they’re still great fun).

Descent into madness
I was just about to write in and say I was convinced to try something I wouldn’t normally play this last week or so. A dual stick shooter. Not my thing at all.

anyway. I really enjoyed it, so I googled GC’s review and you guys gave it 3/10. The game? The Ascent.

Damn guys, were you having a bad day? That’s very, very harsh.

Anyway, it’s the first time you and I have disagreed so widely in forever, so I’ll let you off. But that is easily a 7-8 out of 10 experience. I’d hear a 6 for some repetitiveness maybe but come on, 3?

It’s never been a game on my radar but I’m glad I played it. I may try one of your more well-reviewed titles in the genre off the back of it.
Razzledazzle

GC: Every day is a bad day when you’re playing The Ascent, we didn’t like it at all. If you are going to play another dual stick shooter try the sublime Nex Machina.

I could imagine quite a bit
Just as I’ve got to 800 Kyber bricks in Lego Star Wars: The Skywalker Saga and thought I’m plodding along and nearing towards the end. They’ve released a patch with free extra content and taken the grand total to 1,200 Kyber bricks and added another four capital ships to conquer. oh my! How am I ever going to finish this?

What’s the chance of Traveler’s Tales adding further post launch paid for DLC? I’ve never known them add free content to extend the game in any of their other titles. The character packs were a nice addition but don’t add that much to the game. Would be nice if they extended it by adding Mandalorian based story levels or some from Rogue One.
Nick The Greek

GC: That is hard to guess, especially given the rumours that they may lose the Lego license. The game has done extremely well though, so that’s a good sign.

Everyone makes mistakes
Xbox saying no to Marvel and Spider-Man sounds crazy but I think we should remember what was going on in 2014. This was just after the launch of the Xbox One and everything that went wrong with that, but while I expected to look up the date and find that Don Mattrick was still in charge that’s not actually the case. He left by summer 2013 and so Phil Spencer would’ve been in charge when these negotiations were going on.

I don’t want to critics Phil, as I think he’s got too much stick recently, but this proves he doesn’t always get things right and I’m sure that was one of his big early regrets, especially after he saw how well Spider Man did on PlayStation 4.

A lot of decisions seem done in hindsight though and I think we’ve all been there before. So while a lot of company’s decisions may seem stupid, such as the way Sony is handling the PS Plus revamp, there’s usually either a good reason behind it that we never hear about or, you know… someone made a bad call. It happens.

I’m sure Microsoft regrets making a deal with Marvel but I bet they’ll think twice about something similar when it comes up again. After all, they’re already working on an Indiana Jones game and there were rumours about Star Wars as well…
nonie

Inbox also rans
Just thought I’d mention I did not say ‘PlayStation Now has three tiers’ but ‘PS+ now has three tiers’. As it happens you’ve now edited my letter to look like I didn’t understand the changes.
Henshin Agog

GC: Oh sorry. We didn’t notice the ‘+’. Although that does help to illustrate the general point, of it all being very confusing.

PS Plus Premium doesn’t work properly? Well, I’m not shocked. That explains exactly why they haven’t been promoting it properly. Call me in six months when it’s actually working.
accommodation

This week’s Hot Topic
The subject for this weekend’s Inbox was suggested by reader Onibee, who asks what game do you wish went on forever?

With many publishers convinced that live service games like Fortnite and Apex Legends are the future of the industry, which existing games do you wish still got regular releases of new DLC? If it’s an action game how would new content keep it fresh and if it’s more story-based how exactly would you like it to work?

Do you like the idea of ​​a game having no official end or do you prefer it to be finite? If it’s the latter, why is that and what do you feel is the ideal length for a game?

The small print
New Inbox updates appear every weekday morning, with special Hot Topic Inboxes at the weekend. Readers’ letters are used on merit and may be edited for length and content.

You can also submit your own 500 to 600-word Reader’s Feature at any time, which if used will be shown in the next available weekend slot.

For more stories like this, check our Gaming page.