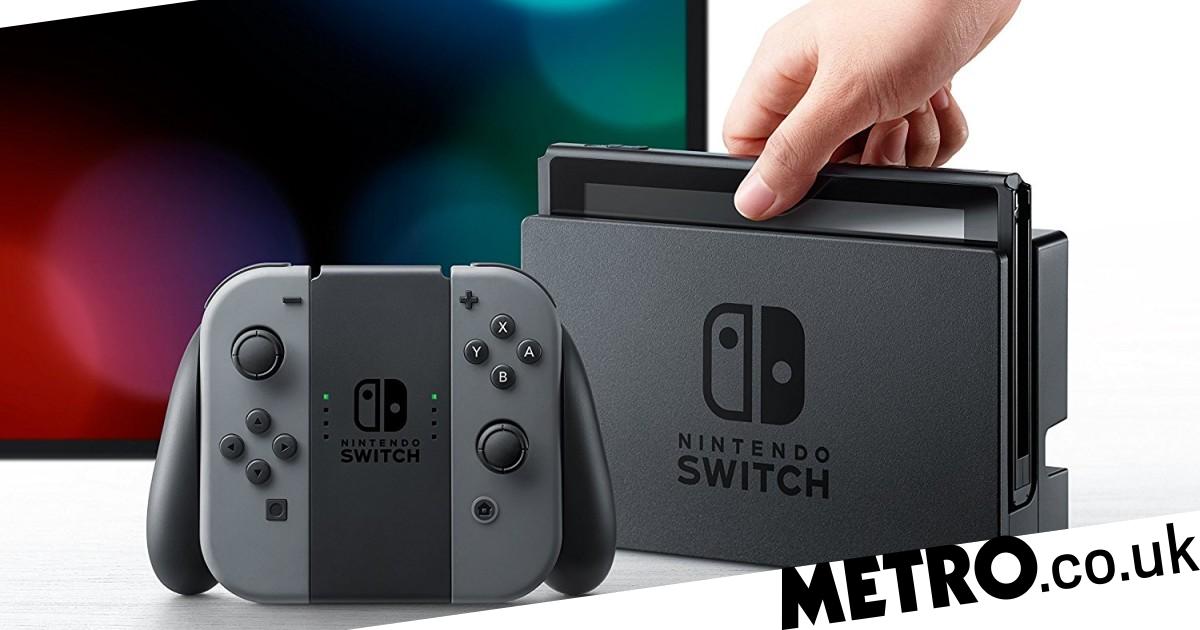 The Tuesday letters page is still stunned by Sony’s failed launch of PS Plus Premium, as a reader hopes there won’t be a Killzone anymore.

To join the discussions yourself email [email protected]

10 year plan
I fully understood the point the Reader’s Feature was making over the weekend about being upset that Zelda games will never look cutting edge. However, I wouldn’t say never. Yes, Nintendo is probably always behind the times as it cannot make a console that is more than just a black box and also has state-of-the-art graphics. Unless you want to pay £600 for the Switch 2.

However, the law of diminishing returns when it comes to graphical advancement does play in Nintendo’s favor. People always complain that new consoles see a smaller and smaller leap forward with each generation, which is true from a layman’s perspective.

What this means, however, is that Nintendo should be able to catch up in the next generation, and beyond, with games that aren’t exactly groundbreaking, but that do look great, and probably even more so given Nintendo’s innate abilities. to make the most of underpowered hardware.

I bet that in the next 10 years, maybe less, we’ll have a Zelda game that looks at least as good as Horizon Forbidden West. I’d estimate this would run on the Switch 3 (given the influence of cloud gaming is a completely different topic), but I’ll bet the Switch 2 will be powerful to release some great graphics.

There are some great looking PlayStation 4 games out there, and I would expect the Switch 2 to be only slightly less powerful than that. Add Nintendo magic to that and you’ll have some great first party games (and probably some mediocre third party games).
onibee

Field testing
I’m starting to feel sorry for these people in Asia who are being used as test subjects for the PS Plus revamp. Though it’s hard to understand how it ever got launched like that. How can Sony not know their games aren’t working and then release a patch that makes things worse?

I literally don’t know how this stuff works, but I guess they can test it locally first? And yet apparently someone saw the new update and the ghosting effect and thought, ‘Yeah, that’s fine. No one is going to complain about that.”

I actually saw Jim Ryan trying to pretend the launch went well, but I don’t know who he’s trying to convince other than himself. This is all so unnecessary, and I see no reason to believe it won’t be so bad for the UK launch.
Paulie

Best of both worlds
I’m not sure why Nintendo fans are so defensive about the Reader’s feature. It was never said to be an either/or option. They just said it would be good if Breath Of The Wild played as well as it did, but also looked great. I don’t see how that’s a controversial idea.

They didn’t even say it looks bad the way it is now. It doesn’t, it looks really good… for a Switch game. However, imagine Breath Of The Wild’s design coupled with Horizon Forbidden West’s graphics, wouldn’t that be the best thing ever?

I doubt it ever will, for reasons we all understand, but I don’t see why it’s so outrageous to wish you could have your cake and eat it.
loche

the good stuff
I’d like to defend Elden Ring a little bit, after Monday’s letter.

I understand the frustrations Sixpacx has with the game. It can be exhausting to have to take a shot through an enemy over and over again, but the sense of reward and achievement of eventually defeating that enemy is, I think, more satisfying than any other game I’ve played.

However, I dispute the criticism of the short length. I’m not done with the main quest yet, but I’d venture to guess you’d probably get through it pretty quickly if you knew what you were doing and didn’t get killed much. But that’s probably true for most games. The fact that you can’t get through it also means you have to explore and take your time. And for those who want to see everything the game has to offer, I can imagine it would take over 100 hours to explore each dungeon or area.

I agree that I don’t think the game’s story is particularly engaging, but don’t see it as a problem. A great game doesn’t need a great story.

But my main point is the slight snobbery in the tone of Sixpacx’s letter. I don’t care much for Call Of Duty either, but don’t turn my nose down at those who enjoy the franchise or invalidate their opinions on other games as a result.

I don’t mind that the writer didn’t like Elden Ring. There are also beloved games that I don’t care about. But to dismiss another player’s point of view because they’re not playing the “right kind of game” is frankly stupid.
matc7884

Killzone kill
I hope Killzone doesn’t come back as a VR game. Not that I have anything special against the games, but they were just very bland in terms of both setting and gameplay, and we don’t need more of that. There is also talk of bringing back Resistance, which was just as bad.

I don’t know why in games and movies, and anything really, something can’t be accepted to run its course or have been a failure. I mean, I’m sure someone likes Killzone. There is always someone who likes everything, but we can’t accept that an idea didn’t work or wasn’t very good and move on to make something better.

Companies are becoming so obsessed with the idea of ​​brand recognition that they’d rather bring back old Z-grade properties than just invent something new. The word doesn’t need more Killzone, it needs more new ideas.
carter

galaxy of tanks
The problem with all these Star Wars Jedi: Survivor theories is that it resembles the sequels in that all the fan ideas are way more interesting than what they actually planned. So either they continue with the boring option or they suddenly switch stories and it doesn’t integrate well with the rest of the plot.

I do like the idea of ​​it being someone from the Old Republic era, but I have a bad feeling it’s going to be the least interesting option and just be a clone of that fallen Jedi guy from the first game or something.

I don’t see how it can be Starkiller though. His original story doesn’t really work in the new continuity and I think if they were to use him he would really just be a completely different character with the same name, same as Grand Admiral Thrawn. There’s also the minor point that The Force Unleashed was bullshit, but let’s not get into that.

There may not be much information about Survivor, but I liked the idea that it would be more smugglers and lowlifes this time around. As one reader mentioned before, the Star Wars games need a lot more of that sort of thing.
Coffee

Non stop action
I loved the adventure game Indiana Jones And The Last Crusade, which you mentioned in your story about the new game. I know they won’t do anything similar because that’s not what a big budget game is these days, but I hope whatever they come up with isn’t just an outright action game, but something with some puzzles and a lot of dialogue.

We need a chance for these characters to interact with each other in ways other than just punching or shooting. However, given their work with Wolfenstein, I think MachineGames would be a good match for this, as it’s a game that takes both time and has great action. I look forward to learning more.
Jan van Gent

For games like this I rely heavily on other users rather than reviews. I’m looking for input for people new to the Soulslike genre.

Today I read in the Inbox how about how boring it is, the full letter goes into detail and as it stands now I don’t care. Tomorrow a reader will say how great it is and we’re back! Is there really no story? That would be an eyesore for me.

In addition, you recently recommended Nex Machina to me, because I had written to say that I didn’t like stick shooters, but quite liked The Ascent (which you hated).

Nex Machina is everything I hate about video games I tried this weekend. It reminds me of standing in front of 80s/90s coin ops throwing good money after bad money for three minutes of playtime. No immersion of any kind. I’m literally playing a game of skill.

I might as well do a crossword as far as my entertainment levels went with it. I have to be dragged into the world somehow. These don’t do it for me. Is Elden Ring just such a beautiful game of skill? No story, no story? Would it take 20 hours if the difficulty was ‘normal’?
Razzledazzle

GC: We’ve had a person in three months say it’s boring and that’s the opinion you follow? Although, given your… distinctive take on Nex Machine and The Ascent, that might be the right choice for you.

Inbox is running too
I thought every Call Of Duty developer had three years to make a game? Isn’t that pretty generous, especially with all the support studios they have to help?
Topaz

GC: It’s not incurable, but a modern game, especially one with as many modes as Call Of Duty, really needs four to five years.

If Sony mentions Morbius during one of their State Of Plays, I think I might be decaying. I can’t tell you how happy I am that Jared Leto is now a worldwide laughingstock.
Boromir

This week’s hot topic
The topic for this weekend’s Inbox was suggested by reader Carter, who asks what is your favorite sci-fi game?

The genre of the video game doesn’t matter as long as it can be described as science fiction in some way, but which is your favorite and why? How much do you enjoy sci-fi as a setting, and would you rather it be more serious or more fantasy?

Are there any concepts or licenses that you don’t think have been done well before and how would you deal with them? Which games do things like spaceship combat and futuristic weapons the best, and which concepts, like gravity and alien planets, do you think remain underused?

The fine print
New Inbox updates appear every weekday morning, with special Hot Topic Inboxes on the weekend. Letters from readers are used on a merit basis and can be edited for length and content.

You can also submit your own 500 to 600 word Reader feature at any time via email or our Submit Stuff page, which, if used, will be featured on the next available weekend.