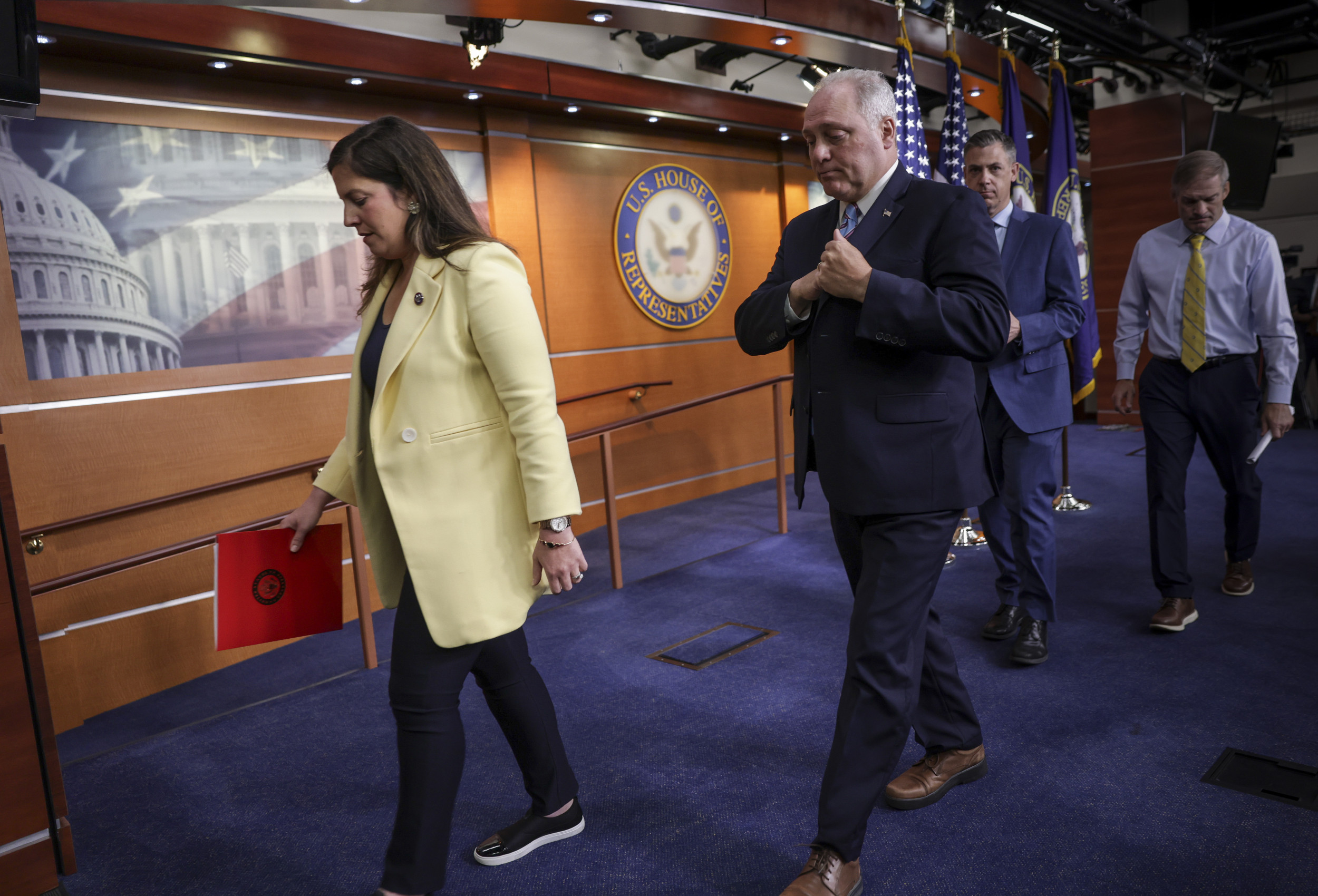 A package of gun law reforms has been passed in the House of Representatives with little support from Republicans.

The Protecting Our Kids Act passed by 223 to 204 on Wednesday night, just over three weeks after 19 children and two adults were killed in a mass shooting at Robb Elementary School in Uvalde, Texas. Only five Republicans voted in favor of the bill, which due to the current partisan make-up of the House is unlikely to pass in the Senate in its current form.

The Republicans who voted for the bill were Chris Jacobs of New York, Brian Fitzpatrick of Pennsylvania, Fred Upton of Michigan, Anthony Gonzalez of Ohio and Adam Kinzinger of Illinois. Trey Hollingsworth of Indiana abstained.

“THANK YOU to these 5 members of the Republican House for understanding that protecting our children from gun violence isn’t about which side of the aisle you’re on,” said Kris Brown, chairman of Brady’s gun control advocacy group, tweeted on Wednesday evening. “That’s what our leaders must do now to save lives.”

Brown also praised the majority of members of the House for showing that they “prioritize our humanity by passing laws to prevent gun violence,” while condemning the Senate for “15 months of deadly inaction” for failing to pass ” bipartisan background check legislation” previously passed by the House.

While Democrats were nearly united in support of the larger bill, Democratic Representatives Jared Golden of Maine and Kurt Schrader of Oregon voted against. Golden dismissed the bill as “partisan” legislation that had “no chance” to become law, while urging the Senate to come up with a “two-tier package” on guns.

Here is the full list of Republicans who voted against the bill: