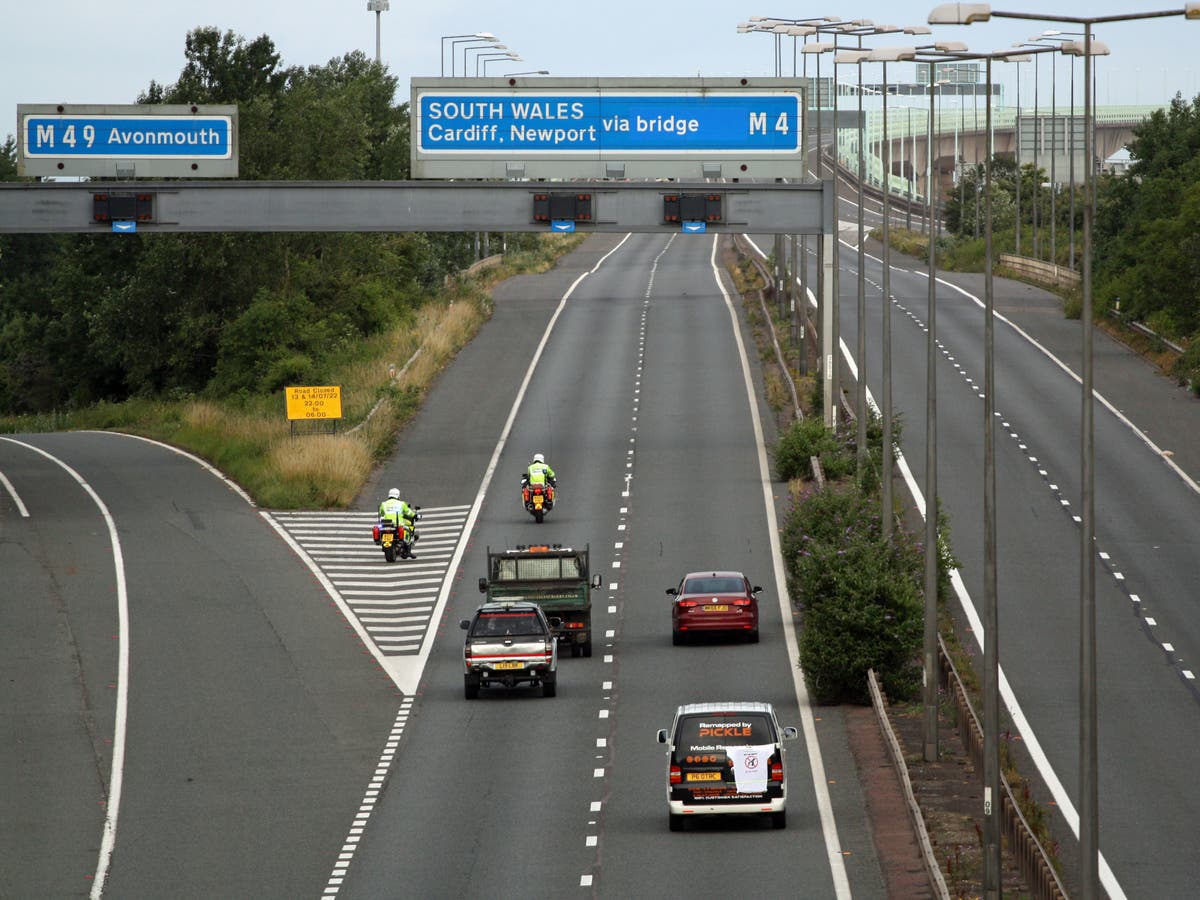 Petrol prices: the average cost of filling a family car is over £100

Convoys are deliberately moving slowly along the M4 and M5 in a call for fuel tax cuts.

A bridge between England and Wales is one of the main roads targeted by the slow protest. Gwent police said it was experiencing delays in both directions along that stretch of the M4.

Meanwhile, Devon and Cornwall police said a slow-moving convoy set off Monday morning from Exeter services along the M5, as well as another along the A38.

Protesters are said to target mainly three-lane freeways and attempt to slow down two lanes while releasing the fast one.

Drivers have been warned to reconsider their journey and stay home if possible amid protests reportedly being organized via social media under the banner Fuel Price Stand Against Tax.

Police say the eastbound bridge was closed during the protest:

According to data agency Experian, the average price of a liter of petrol at UK petrol stations hit a new record high of 191.5 pence on Sunday.

The average price of diesel was 199.0 pence per liter.

The protests are about fuel prices, which are skyrocketing in the UK.

Police say there is another slow moving roadblock along the M5 northbound.

It started with services in Bridgewater:

Protesters are reportedly ignoring a police order not to go slower than 30mph on the M4.

A WalesOnline reporter, who sits in a passenger seat, says the convoy is traveling at up to 11 mph:

Devon and Cornwall Police say another protest is underway along the A38, as well as the M5:

Gwent Police Chief Superintendent Tom Harding said: “We are seeing significant delays both east and west on the Prince of Wales Bridge as a result of the planned protest.

“We are trying to get traffic back to normal as soon as possible.”

Police say westbound traffic is moving “slowly” on Prince of Wales Bridge amid the protest: