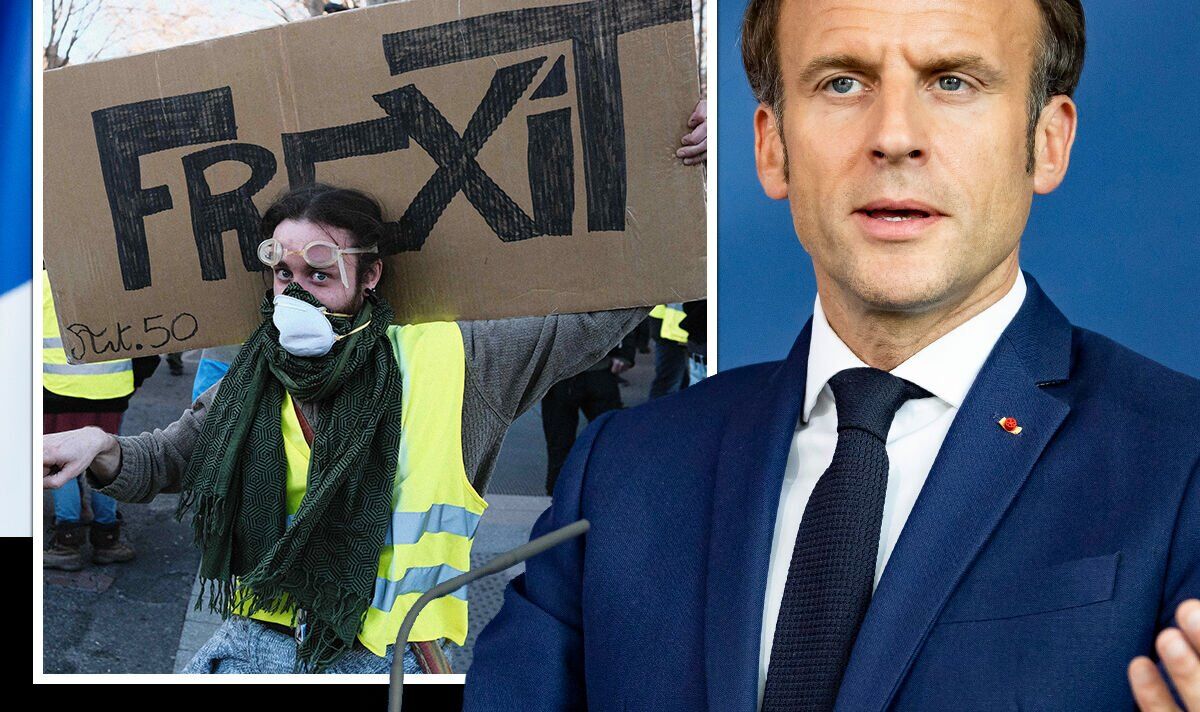 The French president and his ministers are campaigning ahead of Sunday’s vote, which will determine the balance of power for Macron’s second term in the country’s top office and how much influence he will have, both at home and at home. in foreign policy affairs.

Mélenchon’s alliance, known as the Nupes or the New Popular Ecological and Social Union, is the biggest challenger to the majority of the re-elected leader in the National Assembly.

Ms Borne, who is running for the first time in a Normandy seat, said on Wednesday that the party posed a threat to France.

“It is a project of huge tax increases, it is a project that is dangerous for our economy and, at the international level, a project to leave the EU and cooperate with Russia.”

As early as 2017, Mélenchon’s La France Insoumise suggested leaving the EU in case the treaty reform was not achieved as well as by NATO.

Mr Mélenchon has essentially become the heir to France’s victorious “not” campaign, which rejected the ratification of a European Constitution in a 2005 referendum.

In January this year, ahead of the general election, the 70-year-old said he hoped he would push EU member states to break with bloc treaties “that block us” if he won in April.

According to results published Monday by the Interior Ministry, Macron’s Ensemble! party got 25.75 percent of the vote, while the Nupes got 25.66 percent.

Shortly after the first forecasts emerged, the far-left runner-up urged voters to go to the polls on June 19 to “finally reject the disastrous policies of Mr Macron’s majority”.

Ms Borne, who won the first round of MPs in Calvados, added in her televised speech on Wednesday: “The Republic is the defense of republican values.”

She warned: “Other projects, including Mélenchon’s, do not carry these values.

“In this context, it is of course important that we can have a strong majority in the National Assembly to continue to maintain our place in Europe and in the world and to carry out the project of Emmanuel Macron and my government to increase the purchasing power of the French .”