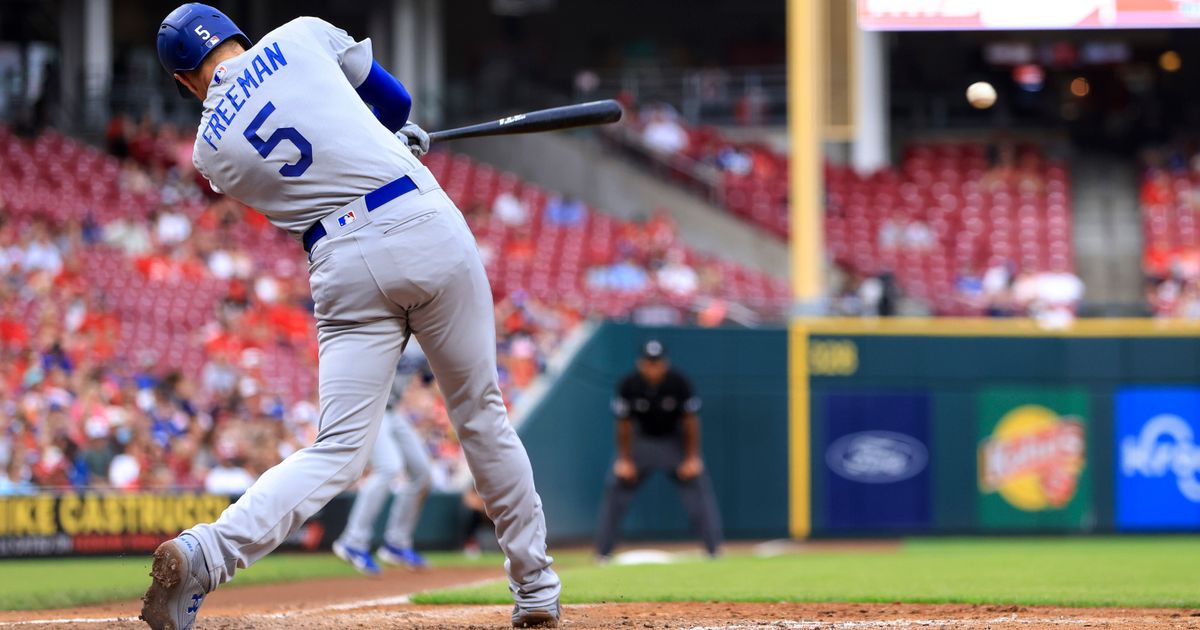 Albert Almora Jr. hit his fifth homer of the season for Cincinnati, which has lost eight consecutive seasons to the Dodgers at Great American Ball Park.

Dodgers lefthander Tyler Anderson, who took a no-hitter into the ninth inning in his last start, gave up three earned runs on five hits in five innings.

Consecutive doubles by Kyle Farmer and Donovan Solano, who made his season and Reds debut, gave Cincinnati a 1-0 lead in the second inning. The Reds scored three runs in the second, one more than Anderson had allowed in 10 of 12 starts this season.

Freeman extended his hit streak to five games with an RBI single in the fifth. The Dodgers took a 4-3 lead in the inning on Chris Taylor’s hit-by-pitch with the bases loaded and Justin Turner’s sacrifice fly. It was Turner’s 21st RBI in 53 games against Cincinnati.

Reds-starter Luis Castillo, who was 3-0 with a 1.90 ERA in four career starts against the Dodgers, gave up four earned runs in five innings and hit two batters.

Taylor threw Jonathan India out at home trying to score the go-ahead run in the fifth.

Freeman’s seventh homer of the season in the seventh inning gave the Dodgers the lead and Trayce Thompson’s double-run double in the eighth made it 7-4.

The Dodgers selected OF Stefen Romero’s contract and put INF Hanser Alberto on the paternity list. To make way for Romero on the 40-man roster, INF Edwin Ríos was moved to the 60-day injured list. The 33-year-old Romero returned to the major leagues for the first time since 2016.