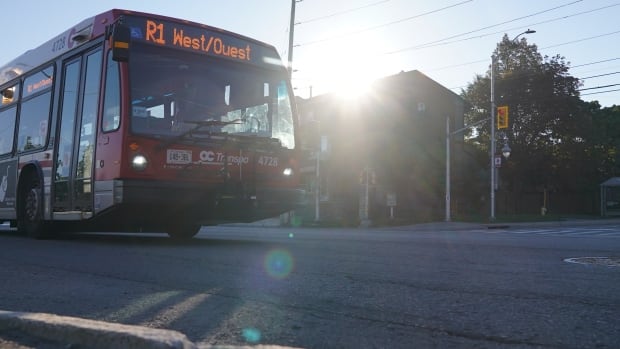 Ottawa’s Transit Commission has expressed a desire to offer free OC Transpo service to newly arrived Ukrainians fleeing the Russian invasion, but some aid groups say the city should provide that kind of support to all displaced persons, regardless of their country of origin.

“If you give it to one group and not the other, it makes no sense to me,” said Doreen Katto, program coordinator for Matthew House Ottawa.

“I like the goodwill. I’m not so sure about the execution,” Louisa Taylor, director of Refugee 613, reiterated.

On Wednesday Committee Chair and Kanata South Coun. Allan Hubley headed a motion calling on the city council to approve a proposal to offer six months of transit passes to people who have come to Ottawa to flee Ukraine’s humanitarian crisis.

“I certainly pray that my children and grandchildren will never experience that kind of heinous evil in Canada,” Hubley said of the invasion.

According to the motion, the passes are for people who do not receive transportation funding from other levels of government.

Hubley’s motion also called for the new slate of city councilors to be elected later this year to consider a future policy of offering free transit services to “all refugees.”

Somerset Earl. Catherine McKenney, who is also on the committee, said she was uncomfortable supporting an immediate free transit policy “whereby refugees are differentiated according to their country of origin”.

McKenney said when the matter goes to city council next Wednesday, they will propose an amendment calling on the city to immediately offer six months of free transit to all refugee groups.

“They earn as much as any other refugee,” he said.

Hubley said that “if we can do it”, the service should be extended to all refugees as soon as possible, but he would like some feedback from city staff on possible costs.

“We don’t want to negate an effort to help Ukrainians, but agree to see if we can potentially help more people as well,” Hubley later said in an email to CBC News.

Up to 400 hosted in Ottawa: estimate

Taylor of Refugee 613 — which helps new Canadians settle in — said Ottawa should make the offer to all displaced persons.

“I’d be the first to promote it and get people to sign up. Why wait until the next council term to do something substantive?” said Taylor.

Katto of Matthew House Ottawa – which provides shelter and other support to displaced persons from several countries – said free transportation would be an “extremely important” service for customers who need a ride to see a lawyer, for example.

“Guess who [currently] pays that bill? That would be us, a small non-profit,” she said. “So it would be really helpful if the same kind of support could be given to all newly arrived refugees or displaced persons.”

Olenka Reshitnyk-Bastian, a coordinator of the Ottawa chapter of the Ukrainian-Canadian Congress, said she, too, welcomed the aid central to Hubley’s motion.

She said her organization’s rough estimate is that Ottawans is currently hosting between 300 and 400 people who have fled Ukraine, according to committee members who follow online conversations that match Ukrainians with hosts.

“One of our colleagues on the team knows a woman who came here recently and she can only get to work by public transport,” she said.

Transit passes that last as long as a year would help people struggling to adjust to their new life, she added.

“Six months can be great, but these people may also come with some PTSD, some trauma, some struggles, and as much as they want to throw themselves into work, some may not.”