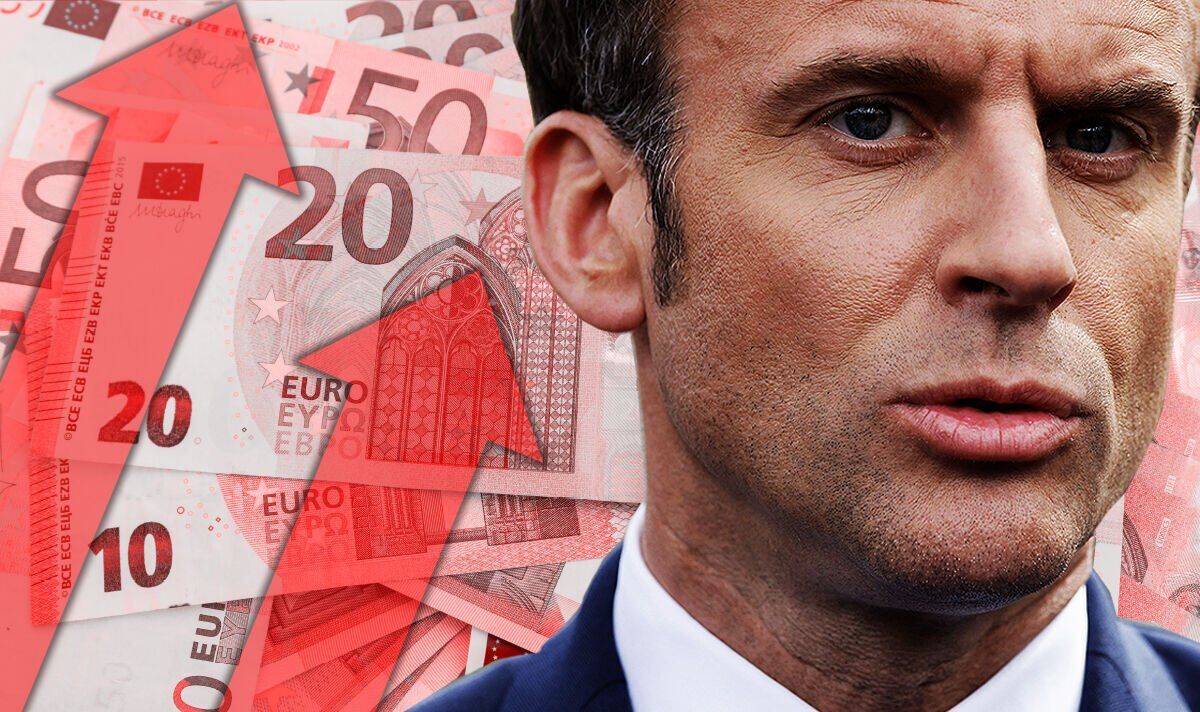 Public debt reached 114.5 percent of gross domestic product (GDP) at the end of the first quarter of 2022, up from 112.9 percent from the end of December 2021. Figures released by the National Institute of Statistics and Economic Studies (INSEE) In France. French President Emmanuel Macron is now coming under enormous pressure, with the new president of Les Républicains warning in the National Assembly that “the situation could become worrying in the coming months”.

In a furious warning, Olivier Marleix raged that he is “very angry with those who have put this topic under the table”.

He told the French radio station Europe 1: Europe 1: “Today reality is catching up with us.

“If we don’t take it very seriously in the coming weeks, months, the situation in France could become extremely serious, worrying and out of control.

This huge increase in government debt is mainly due to the jump in rising government debt (+£56 billion) when that of the social security administration is timid (+£22.1 billion).

The president of Les Républicains, Mr Marleix, warned that this is a situation that “brings a huge responsibility on everyone”.

He said it is a responsibility “for the President of the Republic to know how to create the conditions for dialogue and listening.

“He has always shown a certain plasticity on the substance, I don’t know if on the form, on his ego he would be capable of the same plasticity.

But in a further nightmare for France, inflation over the summer is expected to soar from 5.2 percent in May to as much as seven percent this year – rising to levels not seen in France in nearly 40 years.

INSEE warned that current price pressures could shift from energy – which has fueled inflation across Europe so far – to food and manufactured products and services.

It was estimated that inflation would be two percentage points higher if the government had not taken measures – including a cap on gas and electricity prices and a cut in fuel prices – to try to contain price pressures.