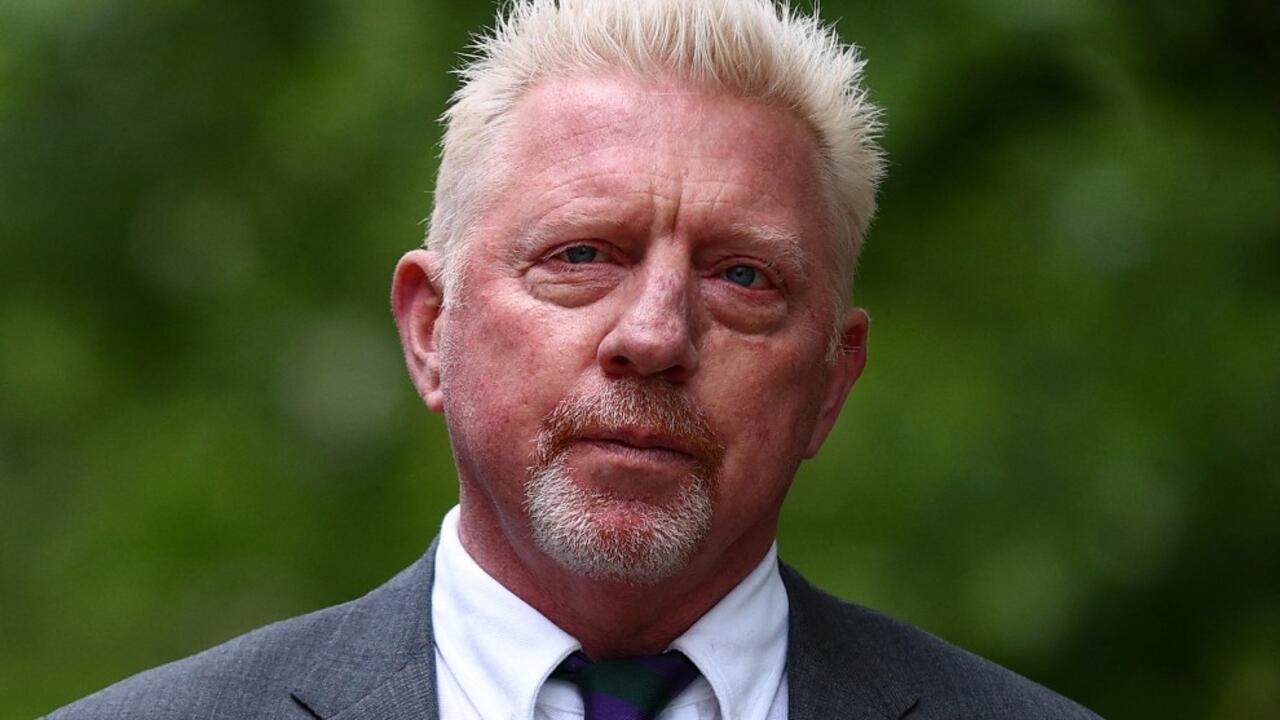 Former tennis star Boris Becker was sentenced Friday to two and a half years in prison after he was found guilty by a British court on charges related to his bankruptcy in 2017.

The six-time Grand Slam champion, 54, will serve half his term after being convicted at London’s Southwark Crown Court for transferring huge amounts of money from his business account.

He was acquitted of a further 20 charges earlier this month, including nine counts of failing to hand over the trophies and medals he won during his glittering tennis career.

Becker told the judges he didn’t know where the memorabilia was, including two of his three Wimbledon trophies for men’s singles.

Judge Deborah Taylor had released Becker – who won Wimbledon as an unplaced teenager – on conditional bail ahead of her sentencing decision on Friday.

He arrived early for the hearing, dressed in a striped purple and green tie in the Wimbledon colours, a white shirt and anthracite gray suit.

He was holding the hand of his partner Lilian de Carvalho Monteiro as he walked past a line of waiting reporters and cameras into the courthouse.

The former world number one told the jury how his $50 million (£40 million) career earnings were swallowed up by a costly divorce from his first wife Barbara Becker, child maintenance payments and “expensive lifestyle commitments”.

Becker said he was “shocked” and “embarrassed” when he was declared bankrupt in June 2017 over an unpaid loan of more than £3 million on his estate in Mallorca, Spain.

The German, who has lived in Britain since 2012, said he had worked with administrators trying to secure his assets, even offering his wedding ring, and relied on the advisers who lived his life without tennis.

But the former player, who was supported in court by his partner and eldest son Noah, was found guilty of four charges under the Insolvency Act.

‘A big amount of money’

Becker gave as proof, saying that during his career he made a “huge amount” of money by paying cash for various properties.

But the German, who went on to coach the world’s current number one tennis player, Novak Djokovic, work as a TV sports commentator and brand ambassador for companies like Puma, said his income “dropped dramatically” after his retirement in 1999.

Becker, who lived in Monte Carlo and Switzerland before moving to the UK, said his financial obligations include his £22,000-a-month rental home in Wimbledon, south-west London.

He also owed the Swiss authorities five million francs (about $5.1 million) and separately just under a million euros in debts for a 2002 tax evasion conviction and attempted tax evasion in Germany.

He said bad publicity had damaged “Becker’s brand,” meaning he struggled to make enough money to pay off his debts.

His attorney Jonathan Laidlaw said at the time of his bankruptcy that Becker was “too trusted and dependent” on his advisers.

With a shock of strawberry blonde hair, Becker shook the tennis world in 1985 when he became Wimbledon’s youngest champion in men’s singles at age 17, repeating that feat the following year.

Nicknamed “Boom Boom” Becker for his ferocious serve, he won Wimbledon for the third time in 1989.

He also won the Australian Open and the US Open twice during his stellar career, becoming the world’s best player in 1991.

Becker turned to commentary after retiring and landed a high-profile role with the BBC, but he returned to court in 2013 to mentor Djokovic and help the Serb win six more Grand Slam trophies before the pair split in 2016.