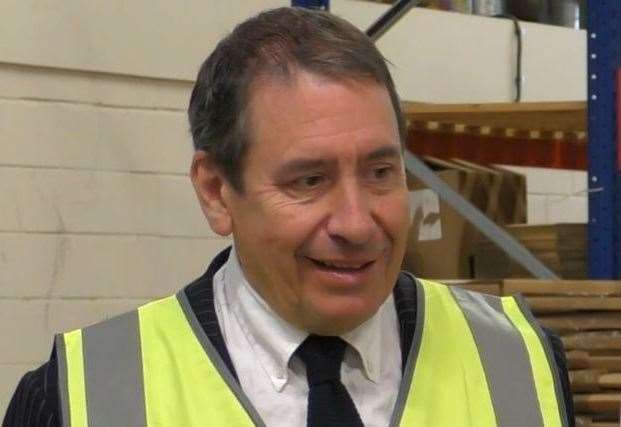 Former Squeeze musician Jools Holland paid a special visit to veterans as they made plaques for the Queen’s Green Canopy.

The Royal British Legion Industries (RBLI) TV presenter and club patron made his guest appearance on a Aylesford factory for making signs.

People at the site were creating plaques for Her Majesty’s campaign encouraging people to plant trees in the anniversary year.

Some of the plaques will even find their way to Cooling in Medway, a village where Jools lives.

He said: “To somehow celebrate the anniversary, it’s a great honor to be able to do that.

“I think it’s great that we can put trees and that the sign is coming.

“Little children running through our village now will see them and when we are all gone and they are adults they will still be there.

“The trees will continue to grow. So I think it’s a great way to celebrate the occasion.”

He said: “If it hadn’t been for the Royal British Legion I wouldn’t be here today.

“So I thank them very much. I try to help as many veterans as possible with mental health problems and disabilities.

So far, 2,000 of the veteran-made plaques have been sold, raising £250,000 for RBLI services for wounded veterans and people with disabilities.

“If we plant trees today, they will be here for hundreds of years.

“We are so proud to be a part of it and to have been the organization that produced the plaques, it means so much to all of us.”

Jools added: “I hadn’t seen the work they were doing here and I’m just so amazed at the plates and the amount made.