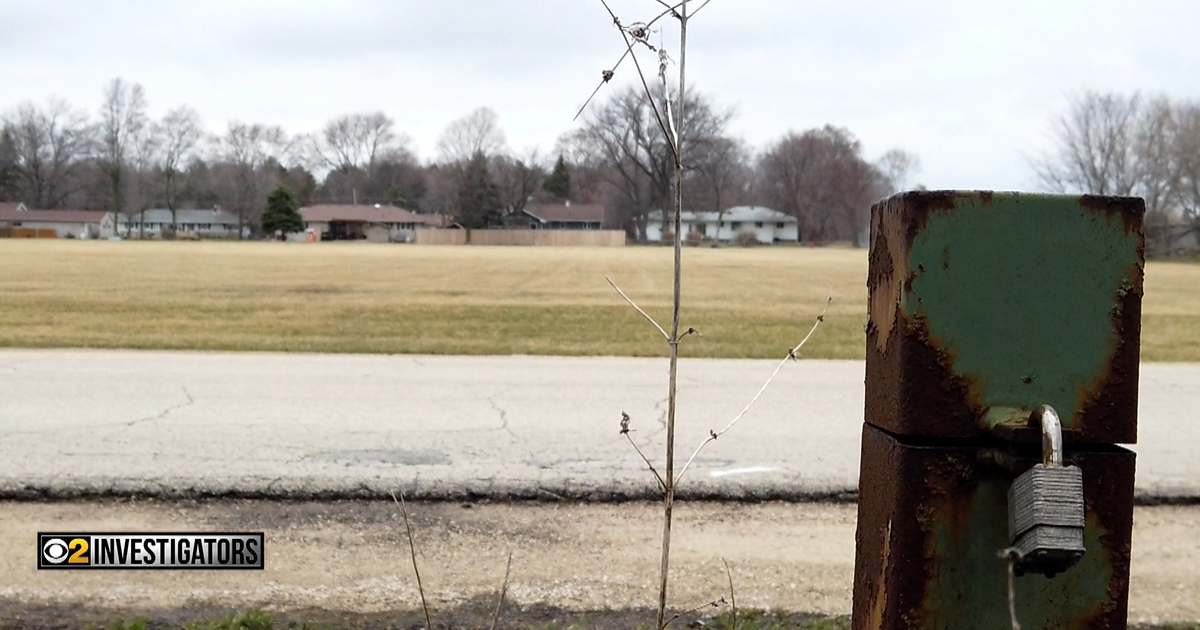 UNION, Illinois (CBS) — The Village of Union is best known as the home of the historic Illinois Railway Museum.

About 500 people live in the community, surrounded by farmland and factories.

Union is where Dana Harper grew up. Now 48 years old, she went to school and played in the parks of Union. Little did she know there was a secret in her hometown — one, she says, that changed the course of her life.

“We knew there were chemical companies,” Harper said. “But I was a kid and didn’t pay attention to what was being done.”

The Harper family’s home is near two companies accused of dumping highly toxic chemicals into the country and of keeping the danger a secret from neighbors for decades. The companies deny the allegations.

“I didn’t feel well for years before I found out,” said Harper, who never thought much of the plants then — but is now haunted by them.

“I believe I was slowly being poisoned by these dangerous chemicals for over 20 years,” Harper said.

One factory, Phibro-Tech – which was later bought and sold – no longer operates in Union. Decades-old tests show that the soil was contaminated.

Land around another factory, Central Wire — which was once Techalloy — also had contamination.

Square tubes protrude from the ground at both locations. These are monitoring wells that have been drilled deep into the ground to monitor the pollution. One sits at the end of Donna Harper’s Street.

Harper, looking at the pipe she’s thinking about, said, “Chemicals are being dumped.”

In 2017, Harper found a lump in her neck near her collarbone. She was diagnosed with non-Hodgkin’s lymphoma and underwent grueling treatment.

“I was devastated,” Harper said. “I was terrified.”

Now for the first time, the former chief of maintenance at Techalloy tells us what he thinks about the company’s handling of chemicals. In affidavit related to Harper’s lawsuit, he alleged that thousands of gallons of a toxic cleaning fluid containing TCE, trichlorethylene, had been dumped outside by other workers.

“They would take 800 gallon barrels and dump them on the floor,” Karr said.

He claimed that workers dumped chemicals on the side of the building. A lawyer asks him, “And you refer to Johnson Street as where Dana Harper lives?”

TCE is a carcinogenic chemical that changes over time to vinyl chloride and DCE, dichloroethylene. They become fumes and can seep into homes. Records reported to the Illinois Environmental Protection Agency revealed in 1990 that dichlorethylene was found on Harper Street.

She says dozens of neighbors on her street have had cancer and even died from it over the years.

One of those who died was her mother, Donna Gahl. She was diagnosed with a blood cancer, multiple myeloma, at age 65. She died two years later, in 2003. Her husband, Harold Gahl, is still grieving.

“It’s a terrible feeling,” said Gahl about such a terrible loss. “You’re never the same – never.”

Gahl believes his wife’s cancer and his daughter’s cancer are related.

“I would never have built there, that’s for sure,” Gahl said. “Never thought about the chemicals.”

Neither does the insider.

“I used to put my hands in it, standing up straight, without rubber gloves or anything like that and a brush — clean the wire,” said Karr.

He says they would dump barrels of TCE outside for years to get rid of it until they learned the truth about what they dumped.

“The chemical was dangerous to people and the environment,” Karr says.

In 1990, the US EPA required Techalloy to conduct a clean-up — which is still ongoing more than 30 years later.

In the place of what was once Phibro-Tech, the IL EPA has faced a voluntary cleanup.

“There’s literally a chart of chemicals that were in the soil and in the water,” Blandin said. “The focus was on TCE because it was right next to a school, a gymnasium.”

Harper wants to run new tests at her old gymnasium.

“All the kids who went to Evergreen Park school,” Harper said, concerned that there might be others with related cancers.

When asked how many people in the community have had cancer, Blandin said, “There’s no way of knowing, in part because so many kids have moved out.”

“I always thought these companies came to Union because it’s a small community and they can get away with more than they could,” Gahl says.

Getting back to Scott Karr, he’s not just an insider – he’s sick too.

“I have colon, liver and I think bladder,” said Karr.

“We’ll be long dead,” Karr said of when he expects the cleanup to be finished.

We have contacted the companies in Donna Harper’s lawsuit, but have not received any comment.

In court files, each denied contaminating the area and causing disease. Phibro-Tech stated that they did not use TCE and PCE. Central Wire, which bought Techalloy, said it met safety standards.

So far, eight other people close to Dana Harper have filed lawsuits, saying they have also fallen ill.