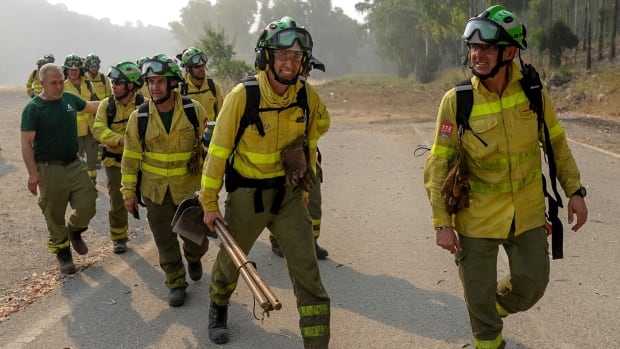 Emergency services deployed nearly 1,000 firefighters, military personnel and support crews on Thursday to fight a wildfire in southern Spain that has forced the evacuation of some 2,000 people, fearing the scorching weather could fuel the blaze.

Authorities raced against the clock in Andalusia’s arid, hilly region as Spain’s AEMET weather service said the country could be on the brink of a heat wave. Temperatures were forecast to rise and rise well above 30°C over the weekend.

According to the Infoca Regional Fire Service and the Regional Government of Andalusia, the crews tried to take advantage of lower temperatures and more humid conditions at night, which calmed the flames. Seven waterdrop helicopters and a coordinating aircraft were on standby.

The Spanish emergency military unit, assigned to assist civilian forces in major incidents, has dispatched 233 personnel and more than 80 vehicles to the area, authorities said.

Five different sites in Malaga province were evacuated as a precaution late Wednesday, with most people seeking shelter with relatives or in local hotels, officials said.

The fire injured three firefighters after it broke out amid gusts of wind on Wednesday; one suffered burns on 25 percent of his body.

Spain’s worst wildfire last year devastated the same rugged area inland from the coastal town of Marbella. Nearly 10,000 acres burned down before the fire was finally extinguished after 46 days. A firefighter was killed in the fire.