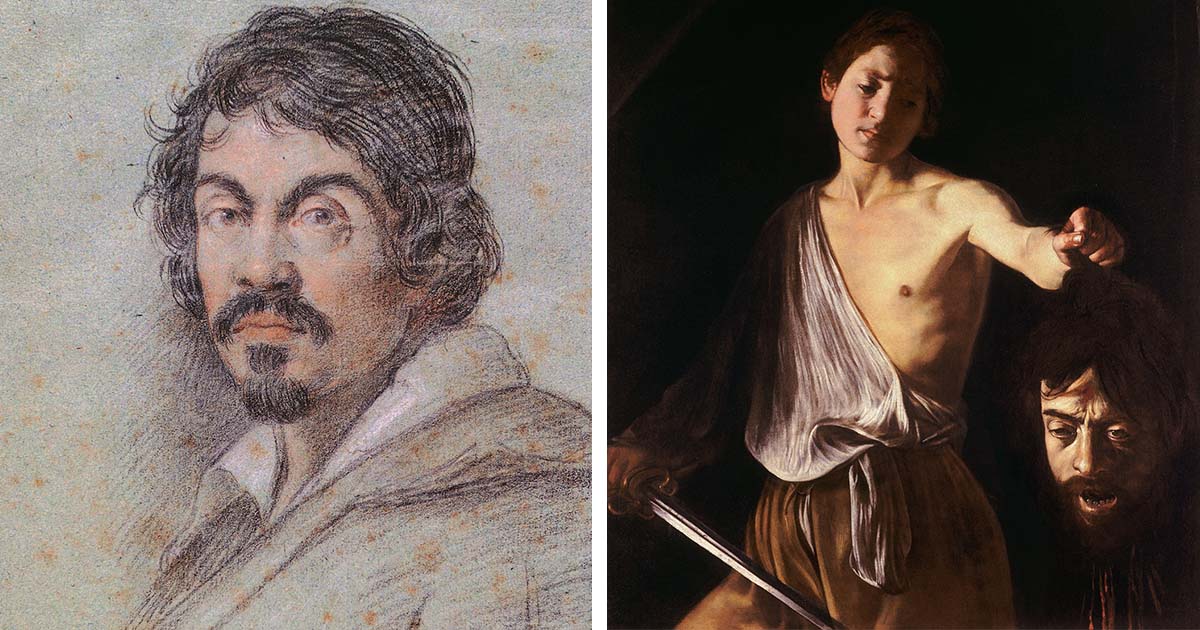 The Baroque period was an art movement defined by an interest in dramatic, awe-inspiring work. One of the artists responsible for creating the main features of this style is Italian Creative Caravaggio† A turbulent person and a passionate painter, his art diverged from the lingering aesthetics of Renaissance and Mannerist art. Instead, he made radical paintings with dynamic compositions, intense lighting and non-idealistic figures.

Raised and educated in Milan, Caravaggio did not flourish as an artist until he moved to Rome. There his inimitable style attracted the attention of several influential patrons and he quickly became famous. Even amid his increasing personal success, however, he found struggles in violent brawls and street fights. And while Caravaggio’s numerous connections saved him from many of the worst consequences, he was eventually forced to move to different cities and find more assignments wherever he ended up. By the time of his death at the age of 38, he had created a diverse body of work that would inspire future Baroque artists such as Rubens and Rembrandt.

Scroll down to learn more about Caravaggio’s life and some features of his art. 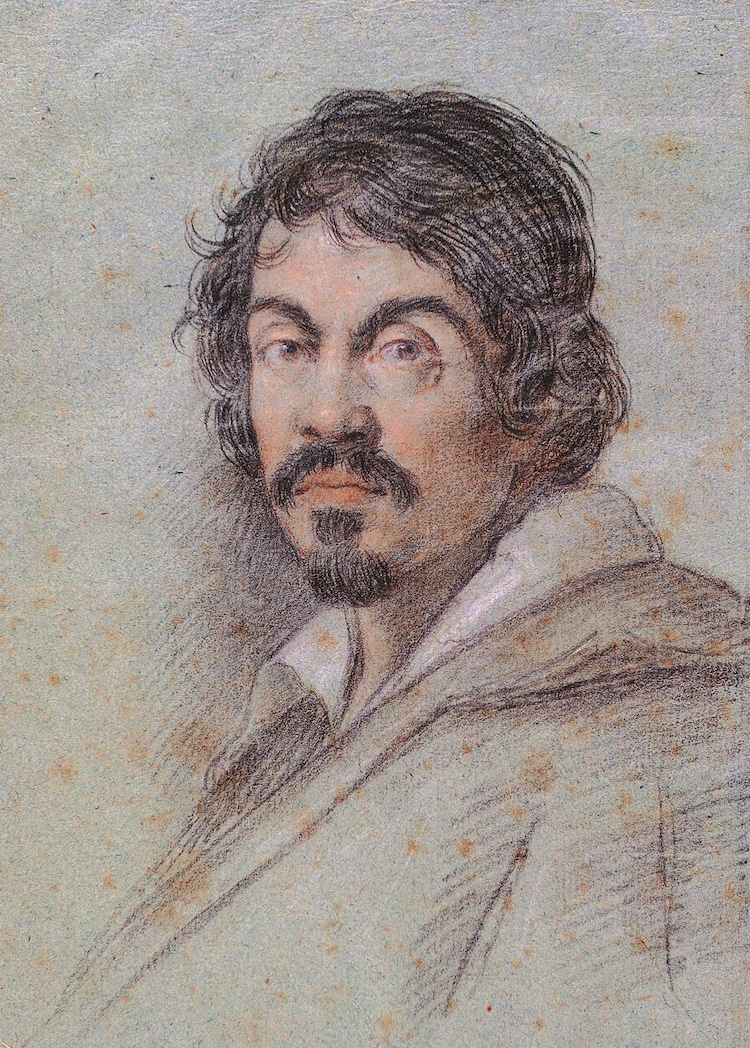 Italian artist Michelangelo Merisi – better known as Caravaggio (1571-1610) – was a prominent 17th-century painter whose dramatic style had a profound influence on Baroque painting. He used an intense contrast of light and dark, dynamic action poses and figures based on real people to create powerful paintings with an intense psychological atmosphere. 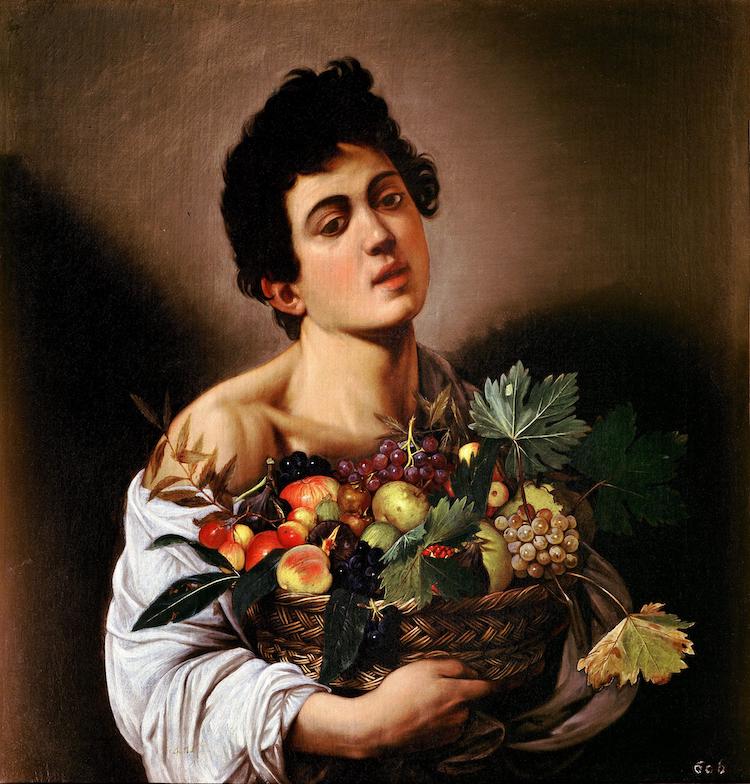 Originally from the Milan area, Caravaggio began his artistic training at the age of 13 with a four-year apprenticeship with the artist Simone Peterzano. His turbulent lifestyle caught up with him and in 1592 Caravaggio had to leave Milan after a street fight resulted in him injuring a police officer. He traveled to Rome and began painting flowers and fruits for the popular artist Cesari to support himself.

Eventually this relationship also ended with a quarrel and Caravaggio decided to become an independent artist. Using real models, he began to create realistic stories with a noticeable psychological element. Over time, his painting style would also change as he incorporated more visual contrast into his pieces. 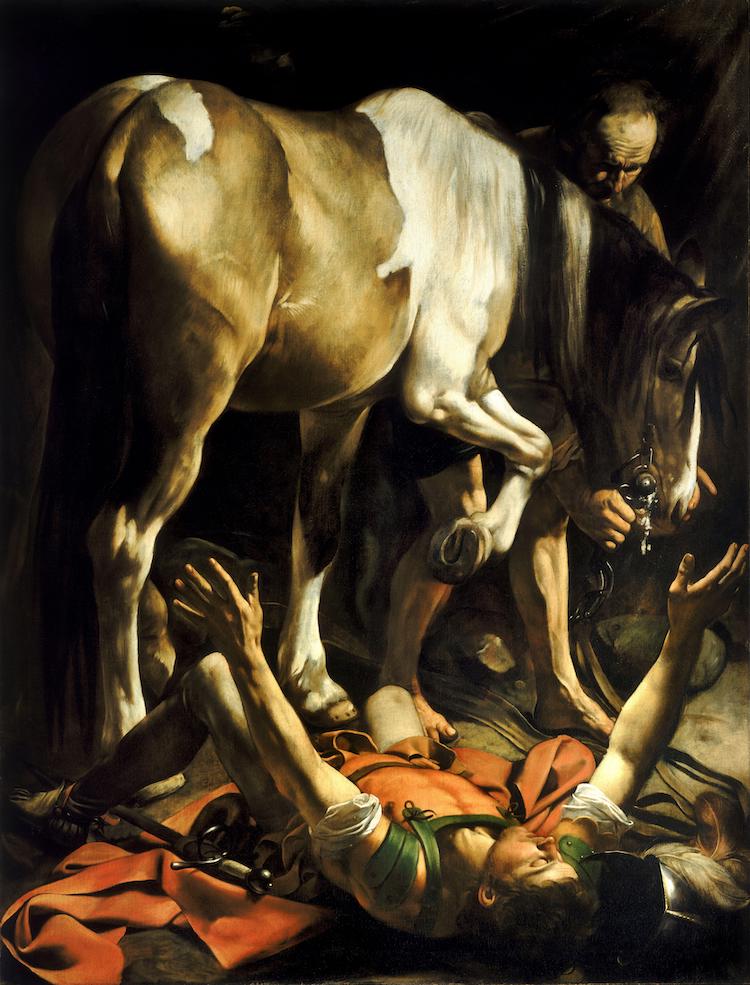 Under the patronage of Cardinal Francesco Maria del Monte, who had significant influence in the art world of Rome, Caravaggio’s artistic practice began to flourish. He incorporated an intense contrast of light and dark called tenebrism and based his numbers on real people. This emphasis on realism was controversial to an audience accustomed to the idealism of Renaissance art such as Michelangelo’s. Still, Del Monte helped Caravaggio land more commissions, and many young artists were drawn to the power of these various pieces. Over time, Caravaggio became one of the most famous painters in Rome. 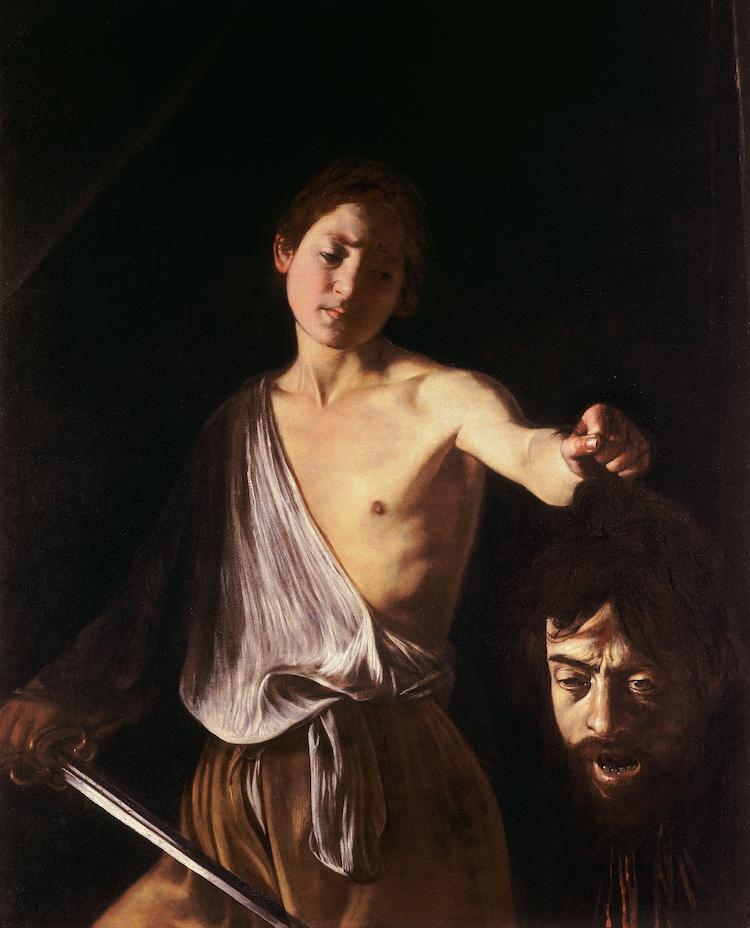 The art of Caravaggio is perhaps best known for the intense contrast of light and darkcalled tenebrism. This immerses the compositions in a dramatic ambiance. 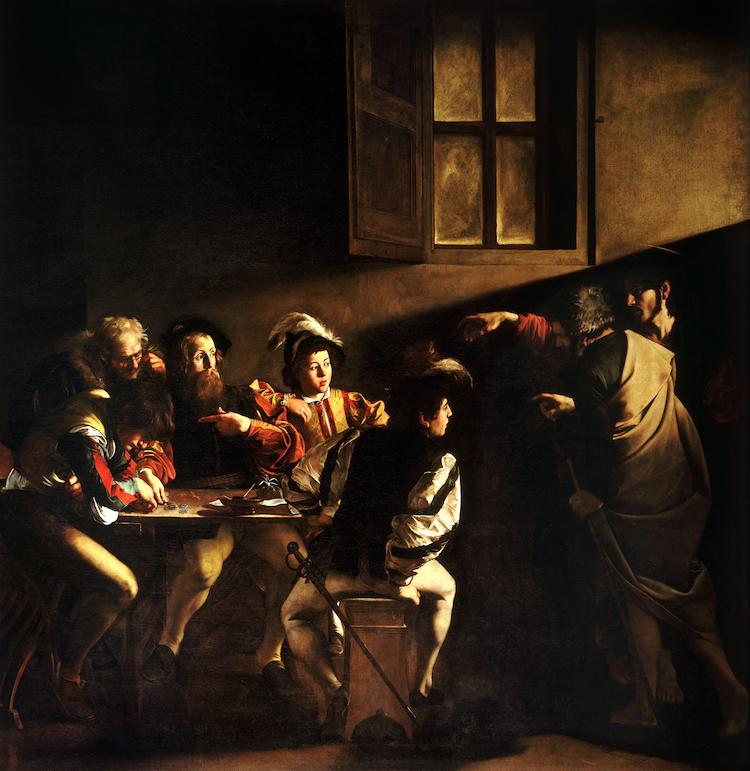 Interestingly, in his paintings Caravaggio creates an intense contrast with a single light source† Usually placed somewhere above the subjects, this lamp acts as a spotlight, similar to the lighting in a play. 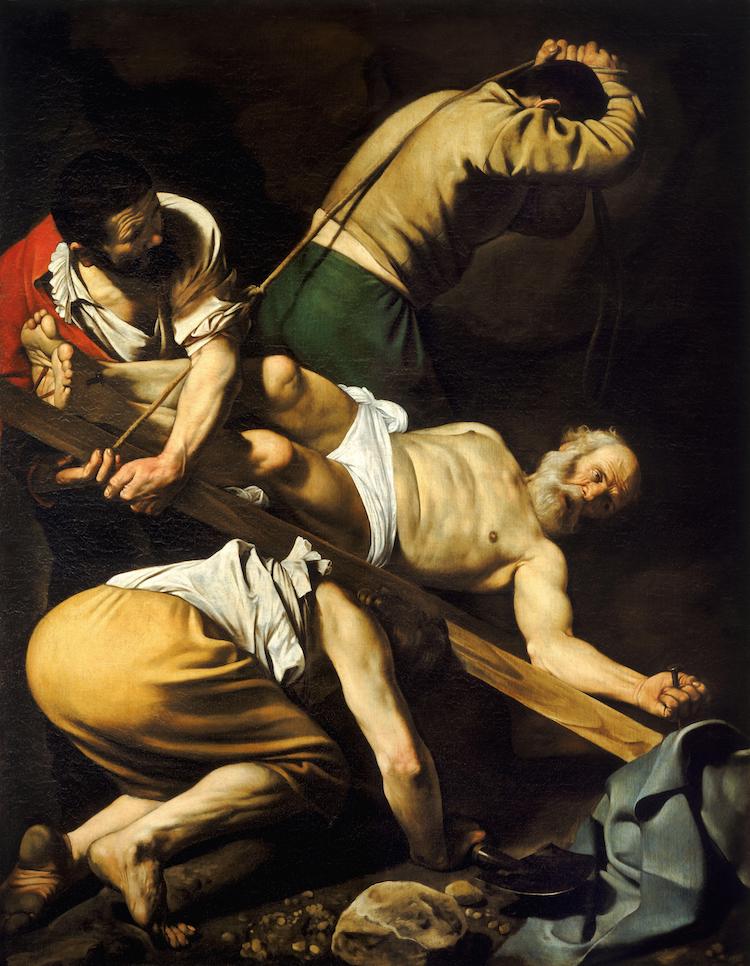 Caravaggio was deeply invested in naturalism. With this in mind he used real people as models for his characters, whether they were biblical or not. This was quite a radical idea at the time because Renaissance values ​​were still prominent and people were used to seeing idealized figures in art. 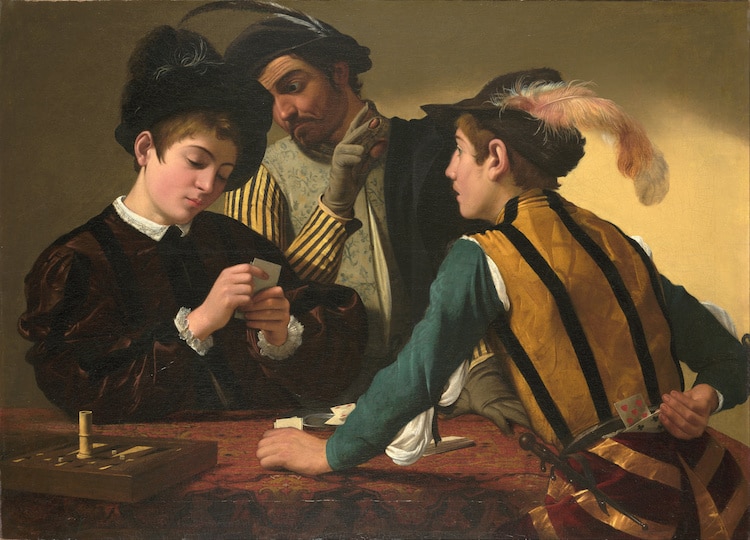 Another hallmark of Caravaggio’s art was his inclusion of contemporary clothing† Whether his painting is set in biblical times or not, he dressed his characters in 16th-century costumes and brought many of these stories to the then present.

A single moment in time 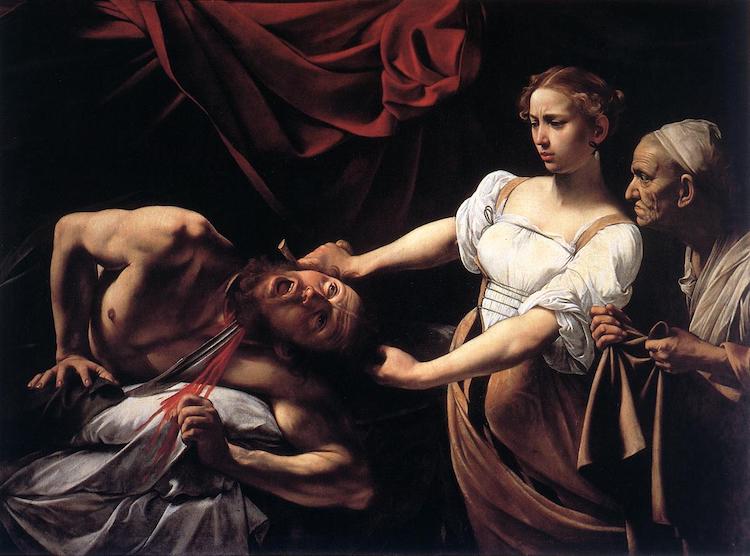 A master of suspense, Caravaggio’s paintings are known for capturing any moment in time† In many cases, his art resembles a frame in a movie, and it’s easy to imagine the characters moving before and after the depicted event. 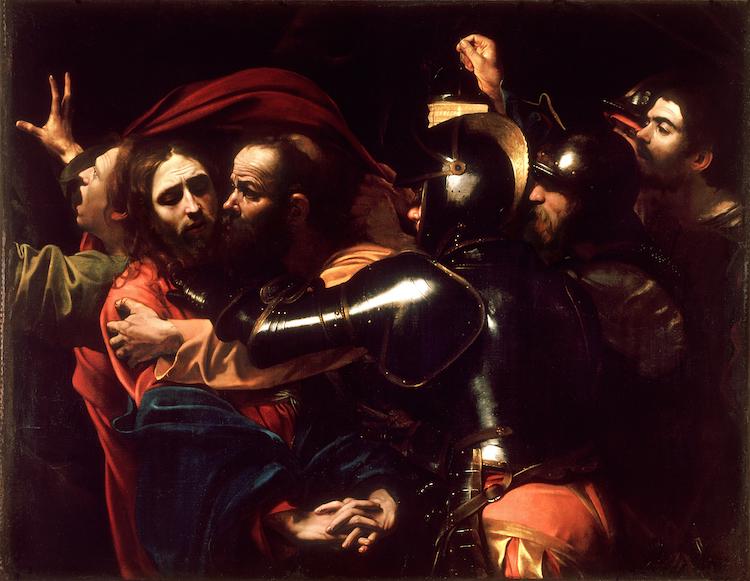 One way that Caravaggio created a sense of tension in his paintings was through: by placing all his figures close to each other† His paintings don’t leave much empty space, which emphasizes the emotional and psychological qualities of the story. 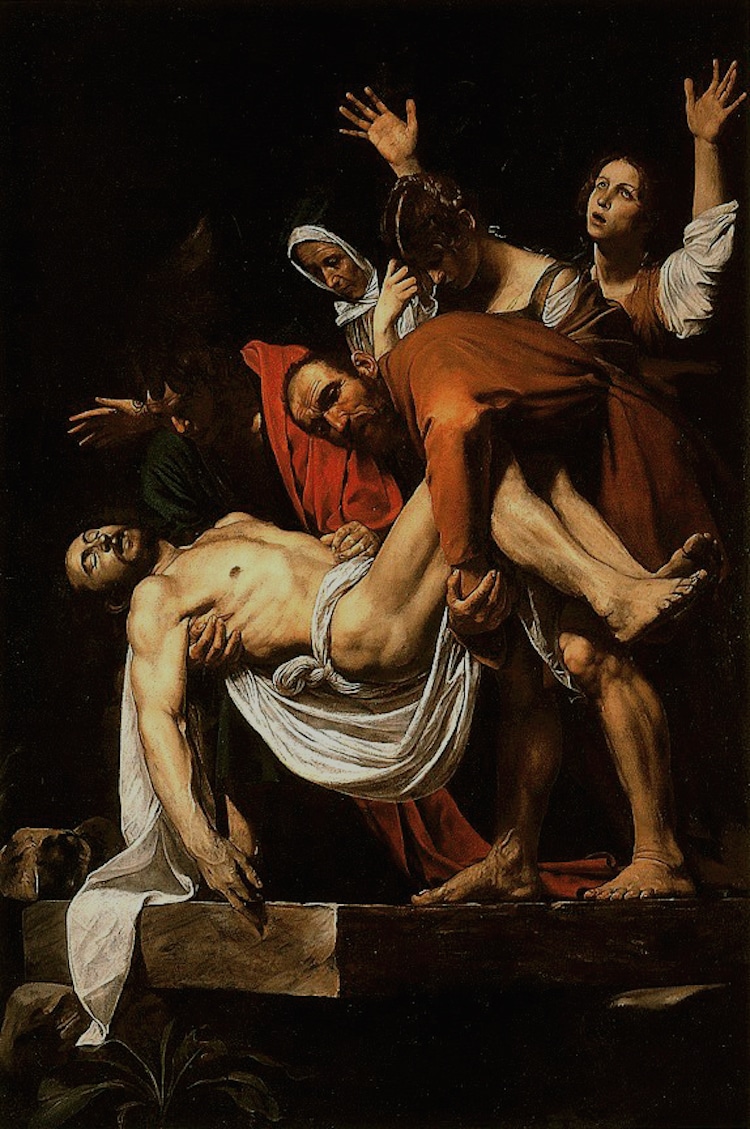 While it’s hard to understand without seeing his art in person, Caravaggio painted on a large scale, with many of his figures being life size. This was a conscious choice, to completely shock the viewers with the intensity of the paintings. 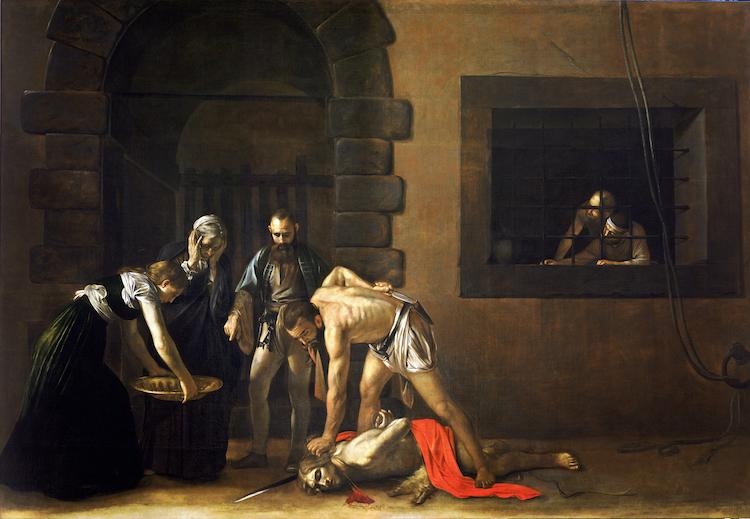 Caravaggio’s string of influential patrons could downplay his violent brawls for most of his life, but after the death of Ranuccio Tommasoni – a man from a wealthy family – he was forced to flee to Naples. He stayed there for a few months. Caravaggio’s reputation as a famous artist passed on and he received a whole series of new commissions. Soon, however, Caravaggio changed location again, this time to Malta. There he became a painter for the Knights of Saint John before being knighted himself. Some of his most acclaimed paintings came from this period, such as: The Beheading of John the Baptist. Then, in 1608, a year after he arrived in Malta, Caravaggio was arrested for inciting a fight with another knight and was removed from command.

After Malta, Caravaggio moved to Sicily for nine months and eventually returned to Naples. He continued to complete assignments even though he found more problems on the street. David with the head of Goliath was painted during this time and shows the portrait of Caravaggio as the headless head of Goliath. That same year, in the summer of 1610, Caravaggio traveled to Rome to be pardoned, and three days later, at the age of 38, he was reported dead.

The exact circumstances of Caravaggio’s death remain unclear to this day. He is known to have had a fever at the time of his death, but some believe he was wounded beforehand in a duel or brawl, perhaps by a group of knights from Malta. 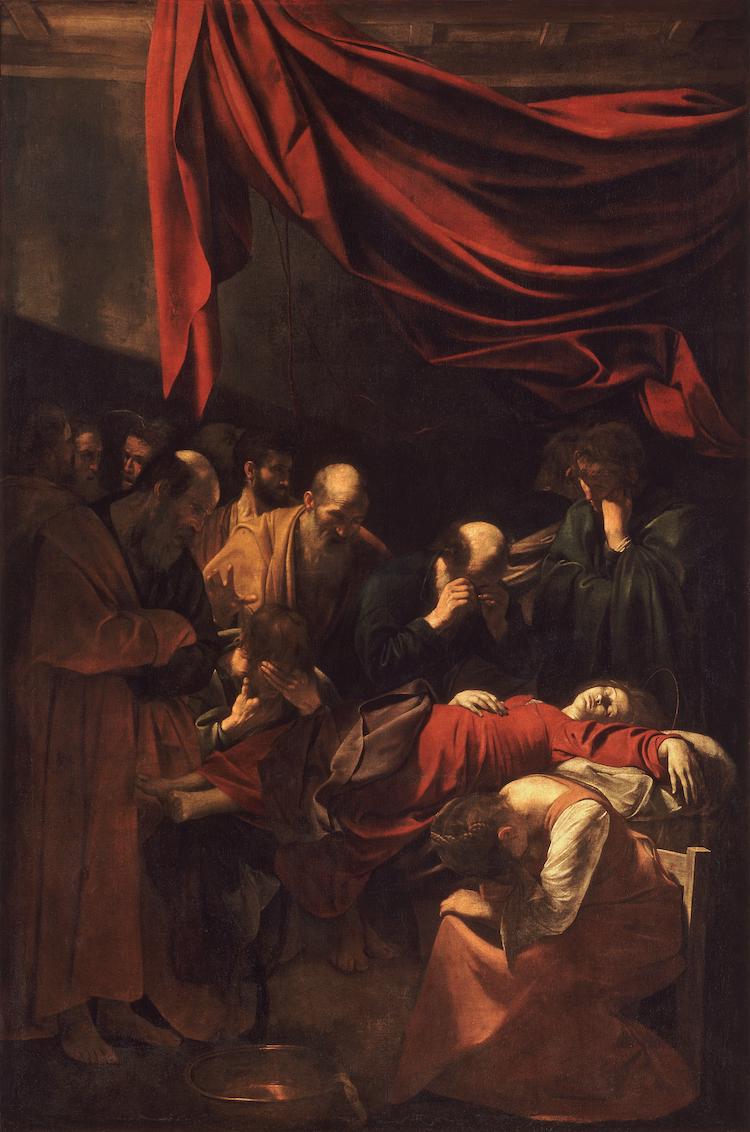 Caravaggio had a great influence on the style of Baroque painting. His dramatic art inspired the church’s interest in awe-inspiring paintings and had a direct influence on Baroque artists such as Peter Paul Rubens, Gian Lorenzo Bernini, and Rembrandt. Many of his paintings are still in their original locations and can be seen in churches all over Rome.

15 paintings that define the drama of the baroque art movement

How artists have kept still lifes alive for thousands of years

Learn about Peter Paul Rubens, the influential Baroque painter who pioneered the style