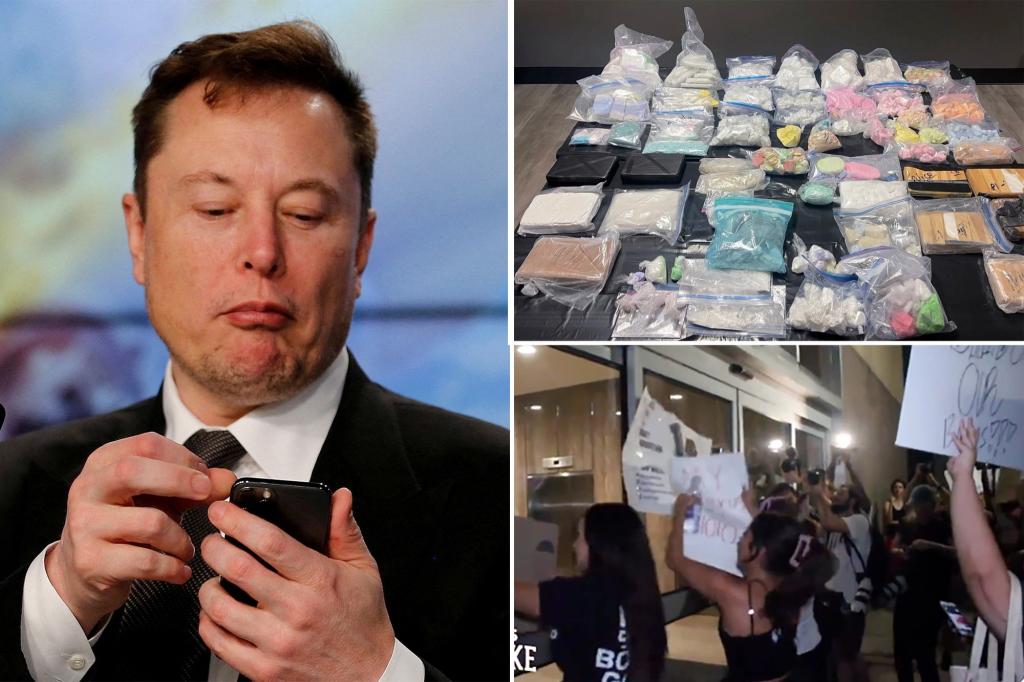 Elon Musk surpassed 100 million Twitter followers this week, making him one of the most influential voices in America — if not the world.

Tesla’s dynamic CEO has now amassed more followers on the social media platform than President Joe Biden, who has 34 million followers, a fraction of his predecessor Donald Trump, who had 88 million Twitter followers while in office. Musk has over 80 million followers more than Vice President Kamala Harris, who has 19 million, and blows House Speaker Nancy Pelosi out of the water, who has a relatively small following at 7.4 million.

As such, Musk has a louder megaphone than the top-rated TV shows, podcasts and world leaders combined, and with that huge reach comes a big responsibility.

Here are five tweets Musk should be posting right now for the greater good.

no. 1: Warn the public, especially young people, of the dangers of fentanyl-laced drugs that are killing Americans. According to the Centers for Disease Control and Prevention, the leading cause of death for 18- to 45-year-old Americans is fentanyl-related drug overdose. China has been known to produce fentanyl and collude with Mexican drug cartels to enrich street drugs, killing dozens of unsuspecting Americans unaware of the drugs they believe they are using, such as Adderall, Xanax, Oxycodone, and others. stitched with it.

These deadly drugs are pouring into our country too easily through the porous southern border, because the Biden administration has failed to adopt a common sense policy to secure the border. Musk should call them all out; China, Biden and his woefully incompetent “border czar” Kamala Harris, and other “open borders” proponents who turn a blind eye to the avoidable massacre of tens of thousands of Americans. Enough! This is a blatant public health threat that requires immediate action.

no. 2: For any justice system to work, it must be trusted by the people, and the only way to ensure that trust is for the United States Department of Justice to administer justice fairly and equally to all. If the justice system becomes politicized and prosecutes Republicans harder than Democrats, the system will collapse, leading to America’s downfall.

Therefore, Musk should tweet to Attorney General Merrick Garland asking whether the pro-abortion “insurgents” who attacked the Arizona state legislature on Friday after the Supreme Court’s rejection of Roe v. Wade will be treated the same by the DOJ. as the alleged Jan 6 “insurgents” who broke through the Capitol.

In case you missed it, last Friday the Republican State Senate of Arizona issued a press release titled “Law Enforcement Prevents State Senate Insurgency While Lawmakers Do the Work of the People.” The release reads: “Violent pro-abortion protesters’ attempts at an Arizona state Senate uprising were thwarted Friday night, thanks to prompt action by local and state law enforcement. While members of the Arizona State Senate were in the process of passing key legislation ahead of the session, extremist protesters made their way to the entrance to the Senate building and attempted to forcibly enter by breaking windows and pushing down doors. † † † As this terrifying situation unfolded, Senate President Karen Fann called for a pause so that senators, staff and the public could evacuate to a safe location.” Sounds familiar?

Number 3: Musk should tweet that no woman or child who is a victim of rape or incest should be forced to carry a full-term baby. Victims of sexual assault must have access to abortion in all 50 states without the intervention of government or far-right officials. Just imagine if your 11-year-old child were raped by a dowdy relative or crawled on the street. Would you like your traumatized daughter to become even more traumatized, if not suicidal, by being forced to have a baby with the sick criminal who violently raped her? Absolutely not. That’s why Musk should tweet that states that have banned abortion should have an exemption for rape and incest victims. No If, and or but.

Number 4: Tweet George Washington’s wise words about the importance of free speech. “If freedom of speech is taken away, then we can be led stupidly and silently, like sheep to the slaughter.” All the more reason Twitter, Facebook, Google and other Big Tech companies should stop censoring those whose opinions they disagree with.

Number 5: Remind others of Jacqueline Kennedy’s smart life advice. The former first lady to the 35th president said, “If you screw up your kids’ education, I don’t think what else you do matters much.”

All said on June 18 that the billionaire, father of seven, told his millions of followers, “I love all my children so much.”