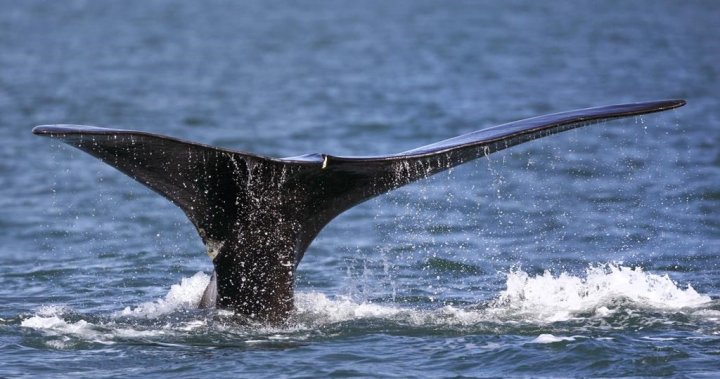 The Federal Department of Fisheries says it has sighted an entangled North Atlantic right whale in the southern Gulf of St. Lawrence.

The department says it’s not clear what kind of gear the whale got entangled in or where the gear came from.

The whale, seen between Quebec’s Iles-de-la-Madeleine and New Brunswick’s Miscou Island, has been identified as Meridian, a 38-year-old male.

The department said in a press release today that the entangled whale was first spotted on June 30, and marine mammal response partners are standing by in hopes of disentangling the whale if it is seen again.

This is the second North Atlantic whale entanglement reported in Canadian waters this year.

Authorities are also monitoring a 14-year-old woman who was seen entangled east of Gaspe, Que. in May.

This report from The Canadian Press was first published on July 5, 2022.