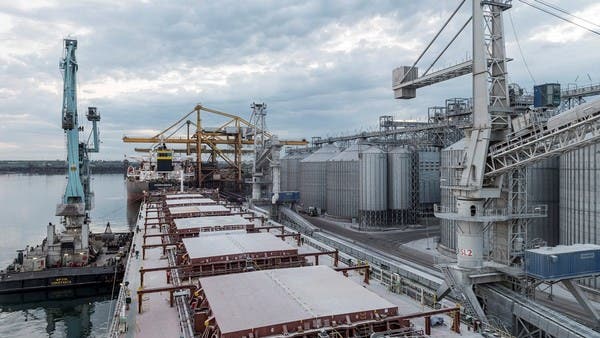 A ship loaded with Ukrainian corn left a Romanian port on the Black Sea on Friday, allowing Kiev to evade a Russian blockade of its main grain exports.

Romania made the port of Constanta available to Ukraine after the war-torn country’s ports were effectively cut off from the world in the wake of the Russian invasion on February 24.

The ship carrying 70,000 tons of corn set sail before dawn, Viorel Panait, the director of the operator, Comvex, said without revealing where it was headed.

“This is a very important moment that demonstrates Romania’s commitment to show solidarity with war-torn Ukraine,” he told AFP, praising the company for playing a “pioneering role”.

The 229-meter Unity T-ship flies the flag of the Marshall Islands, a source at the port authority told AFP.

Bucharest has pledged in recent weeks to modernize its port and rail infrastructure to allow for exports from Ukraine, which shares a 650 kilometers (400 miles) border with Romania.

The Ministry of Transport has launched a tender for the reopening of a railway connecting the Moldovan city of Giurgiulesti with Galati in eastern Romania.

The short crossover is crucial – the compatible track width makes it easier to transport goods.

“The port of Galati on the Danube will become an important transit point in the region, alongside Constanta, for the transportation of goods and raw materials from Ukraine, via Moldova,” Transport Minister Sorin Grindeanu wrote on Facebook this week.

“A transport network is being formed to help Ukraine export its agricultural production,” said Panait, who said it would avoid the risk of “famine” in the world.

Before the war, the country exported 4.5 million tons of agricultural products a month through its ports — 12 percent of the world’s wheat, 15 percent of its corn and 50 percent of its sunflower oil.

But the Russian blockade has “de facto stopped our exports,” Ukrainian Agriculture Minister Mykola Solsky said in an interview with AFP in late March.