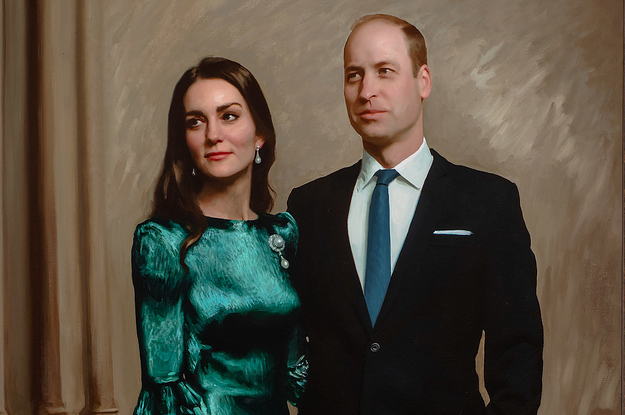 Buckingham Palace on Thursday unveiled the first official portrait of Prince William, Duke of Cambridge, and his wife Catherine, Duchess of Cambridge (aka Kate Middleton). The painting is the work of award-winning British portrait artist Jamie Coreth and was commissioned last year by the Cambridgeshire Royal Portrait Fund.

“It was the most extraordinary privilege of my life to be chosen to paint this image,” Coreth said in a statement to BuzzFeed News. “I wanted to show Their Royal Highnesses in a way that made them come across as relaxed and approachable as well as elegant and dignified.”

“As this is the first portrait to show them together, and specifically during their time as the Duke and Duchess of Cambridge, I wanted the image to evoke a sense of balance between their public and private lives. The piece was commissioned as a gift to the people of Cambridgeshire, and I hope they will enjoy it as much as I had making it.”

The portrait will be on display at the Fitzwilliam Museum of the University of Cambridge for the next three years (although it will be on loan to the National Portrait Gallery for a special exhibition for a short time in 2023).

Before the museum opened on Thursday morning, William and Kate paid a visit, where they viewed their portrait with Coreth and supporters of the project.