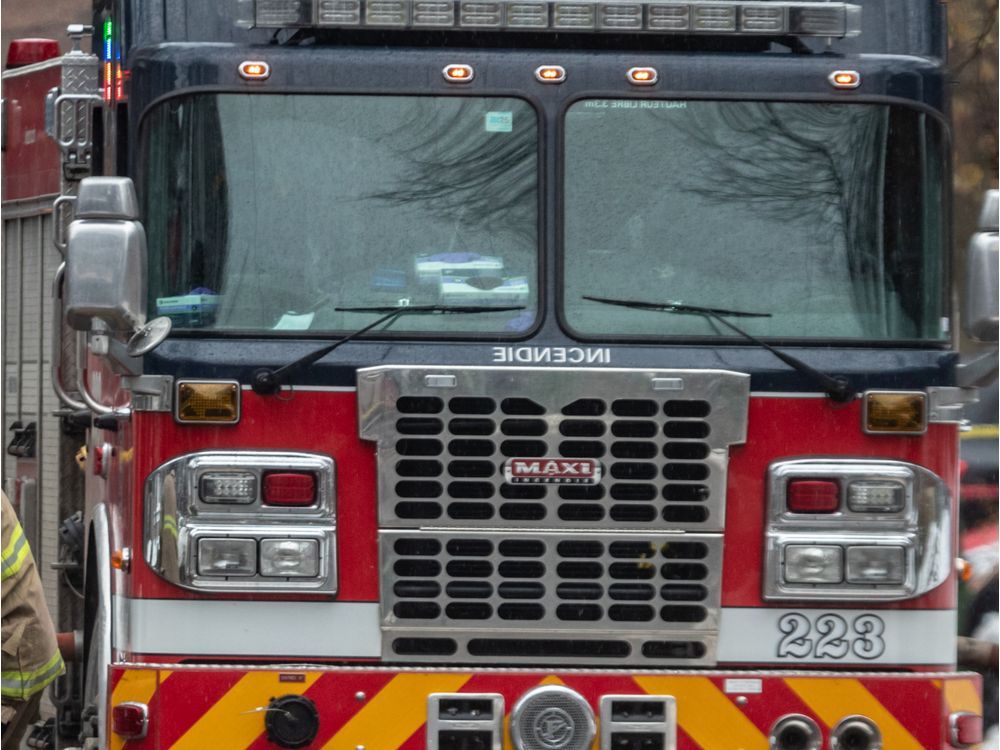 The fire broke out on the third floor of an abandoned building that had previously burned down.

A fire with three alarms is raging in downtown Montreal, a stone’s throw from the Bell Centre.

The fire broke out in mid-afternoon near the corner of de la Montagne and St-Antoine Sts., on the third floor of an abandoned building that had previously burned down, said Matthew Griffith, a spokesman for the Montreal Fire Department.

About 110 firefighters have been called in to try to extinguish the flames.

The La Montagne at St-Jacques St. W. is closed to traffic, as is St-Antoine St. at Lucien L’Allier St.. Drivers are advised to avoid the area during rush hour.