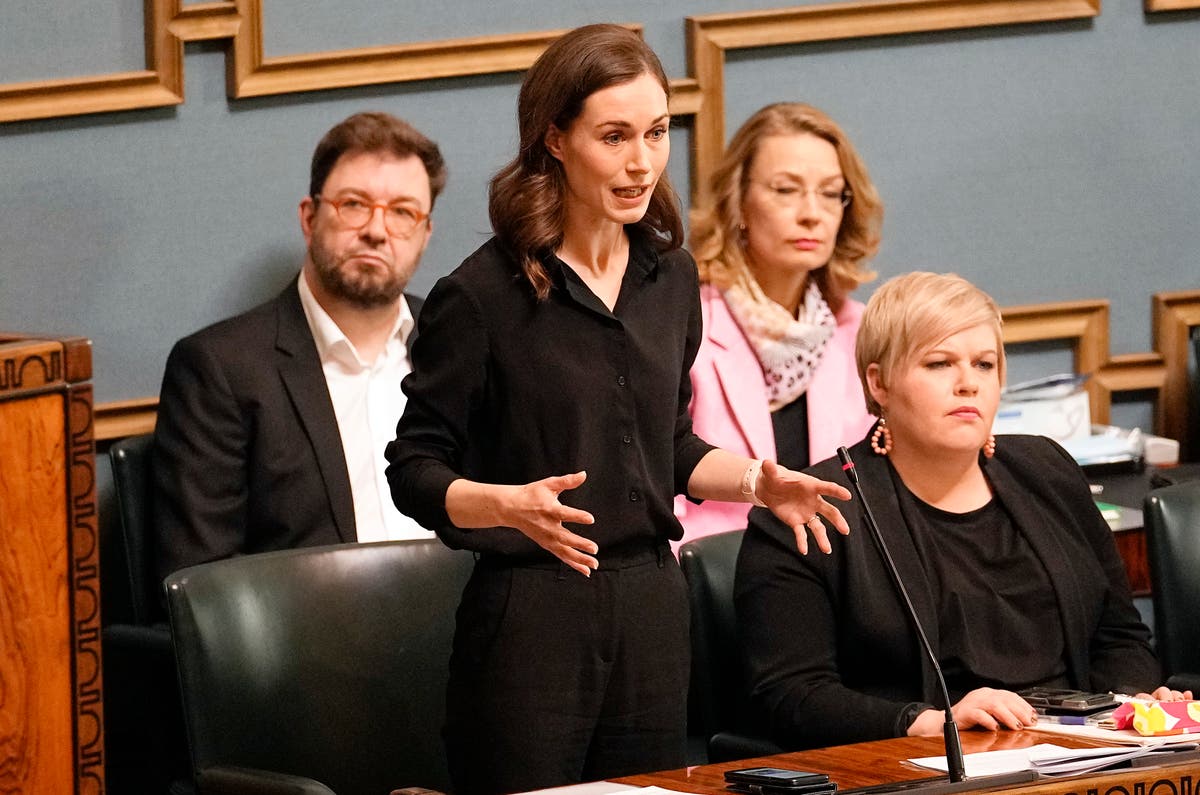 Finnish Prime Minister Sanna Marin has called Moscow’s invasion of Moscow a “turning point” for the world, adding that she would support “all actions” by the International Criminal Court to condemn Russia.

“We, Finland, support all actions by the International Criminal Court to investigate these crimes, gather evidence for future proceedings and convict Russia,” Ms Marin said during a visit to Ukraine on Thursday, Reuters reported.

She made the comments after meeting President Volodymyr Zelensky.

“What has happened, what Russia has done is a turning point for the whole European family and the whole world. We see that the old arrangement has been destroyed and there is no return to the previous relationship,” she said.

Ms Marin visited Irpin and Bucha, towns on the outskirts of the Ukrainian capital Kiev, where Russian troops have been accused of war crimes.

During the ongoing Russian invasion, Finland has also provided Ukraine with military assistance and also supported Kiev’s proposal to join the European Union.

Zelensky wrote on Facebook that he thanked Finland by saying its military aid was “very valuable”.

“Weapons, sanctions policy and the unity of our partners in the matter of Ukraine’s accession to the EU – this is what can give strength in the defense of our country,” he said.

Finland, which is already an EU member, shares a border with Russia of about 1,300 km. After the invasion of Ukraine began on February 24, Finland said it wanted to join the NATO defense alliance.

After Russia’s invasion of Ukraine, neighboring Sweden has also filed its own application to join NATO.

However, the Nordic states’ bids have been rejected by NATO member Turkey, as the countries support the Kurdistan Workers’ Party and US-backed Syrian Kurdish YPG militant groups that threaten its security.

But at a news conference in Washington, US Secretary of State Antony Blinken said Turkey’s concerns could be quickly allayed.

“The United States fully supports Finland and Sweden joining the alliance and I remain confident that both will soon be NATO members,” Blinken said.

“We look forward to calling Finland and Sweden our allies,” he added.

She said in a statement after her visit to Ukraine that it was “important for the EU to be united, courageous and determined in the face of the Russian invasion”.

Ukraine said on Friday that its troops may withdraw from their last pockets in the city of Luhansk in the country’s eastern region to avoid being captured by advancing Russian forces.

British Prime Minister Boris Johnson said it is vital for the west to send more heavy weapons to Ukraine as Russia makes “tangible progress” in the east of the country.

The Independent has a proud history of campaigning for the rights of the most vulnerable, and we first ran our refugee welcome campaign during the war in Syria in 2015. Now, as we renew our campaign and launch this petition in the wake of the unfolding Ukrainian crisis, we call on the government to move further and faster to ensure that aid is delivered. For more information about our refugee welcome campaign, click here† To sign the petition click here† If you want to donate, please click here for our GoFundMe page.