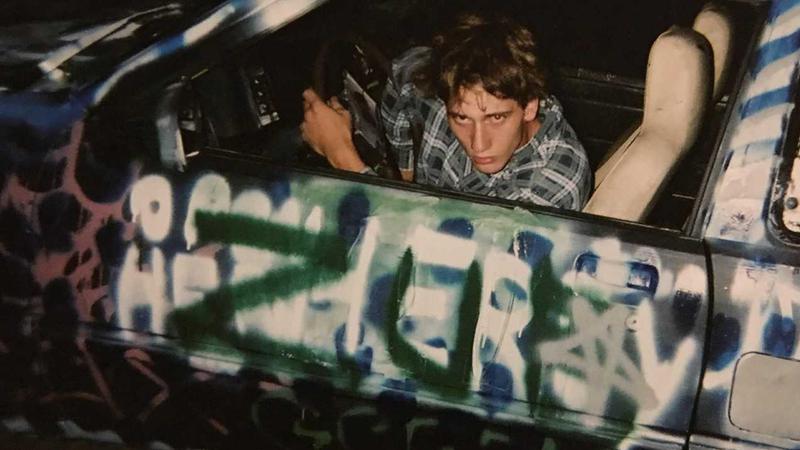 “I just let people say what to say and put it all together in the most honest way I could tell the story,” Reimer said.

Longstaff’s road to recovery from damaging trauma and substance abuse has been bumpy.

He experienced child abuse, which led to behavioral outbursts, drug use and deteriorating mental health.

In adulthood, the father of two was plagued by an aggressive alcohol addiction while being isolated from family and friends.

A turning point came in 2014 when a relationship with an old friend eventually culminated in marriage.

His wife provided Longstaff with the support needed to attend extensive counseling sessions, which enabled him to treat wounds from the past and provide a roadmap for the future.

“Without exception, everyone has come back with the comment, ‘I have a friend who needs to see this, can I send him the link?’ That really lets me know that this connects with people,” Reimer said.

Inside Out: The Carl Longstaff Story also sparked Reimer, who has been dormant in filmmaking for many years and now has multiple projects on the go.

The school district employee who lives in Sidney, BC is looking forward to the impact sharing Carl’s story will have.

It took a lot of work to rewire how Longstaff saw the world and what he needed to do to be at peace with himself.

He said his emotions as a kid were all over the map, pointing to an example in his little hockey days of being constantly in the penalty box.

“I learned to hurt people. I thought that was normal,” Longstaff said.

He’s been sober for nearly six years, established by first understanding the effects his actions had on family, friends, and himself.

Longstaff removed alcohol as a comforting coping mechanism, which he said was extremely difficult.

“I found that a lot of recovery and healing actually came with the pain I was feeling and experiencing, rather than trying to put it off until later and let it build up.”

While the filming was emotionally draining at times, Longstaff said he is grateful for the opportunity to flesh out his emotions and help others by telling his story.

“I have the ability to still play music. I still have so many opportunities in my life at the young age of 40. It’s never too late to change your life,” said Longstaff, emphasizing the gratitude he feels as he wakes up every time. day.

Carl Longstaff’s story will premiere on Saturday 28 May in Nanaimo in VIU’s Malaspina Theater.

Ticket information can be found here.

Proceeds from ticket sales will offset the costs of producing the documentary and hosting the screening event.

Local news. Delivered. Free. Subscribe to our daily news cover and get our best local stories delivered to your email inbox every night