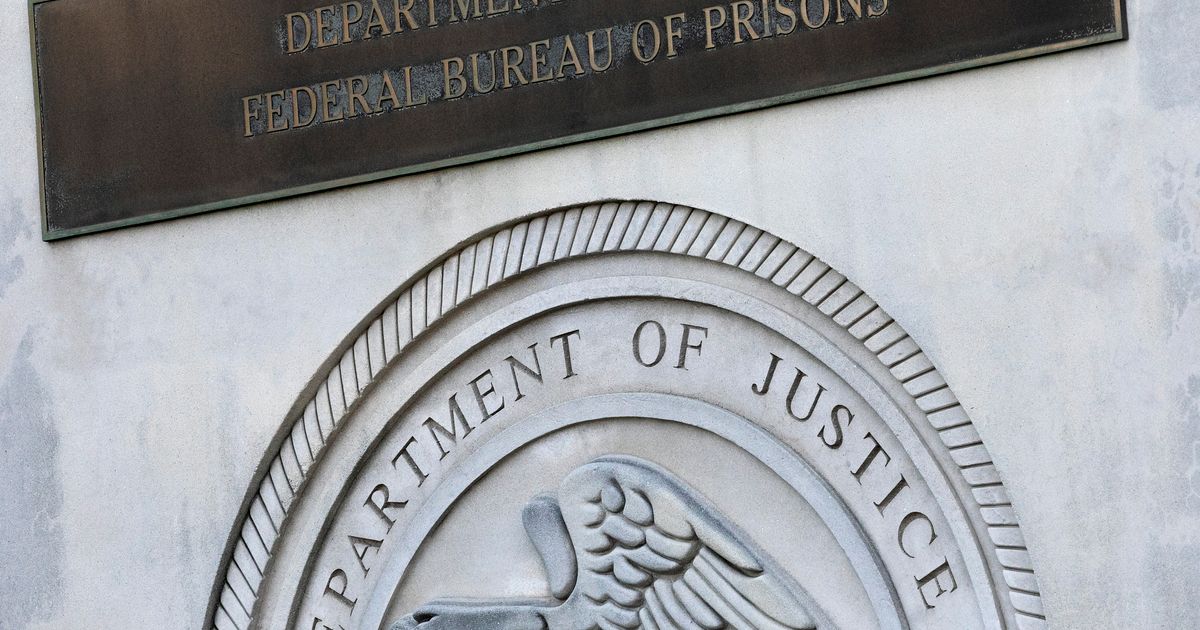 WASHINGTON (AP) — The Justice Department on Tuesday settled a decades-old lawsuit filed by a group of men arrested by the government in the weeks following the September 11, 2001 attacks and held at a federal prison in New York City. terms that the department’s own watchdog has called offensive and harsh.

The settlement announced Tuesday that a $98,000 payout is to be paid to the six men who filed the charges and were held without charges of terrorism at the Metropolitan Detention Center in Brooklyn.

The men – Ahmer Iqbal Abbasi, Anser Mehmood, Benamar Benatta, Ahmed Khalifa, Saeed Hammouda and Purna Raj Bajracharya – said they were being held under restrictive conditions and in some cases abused by staff members.

The settlement is somewhat unusual because federal courts at almost every level, including the Supreme Court, had thrown out large portions of the lawsuit. A federal court judge threw out the remainder of the lawsuit last year. Although the plaintiffs appealed, there had been little action in the case for months.

While the Justice Department is not admitting guilt as part of the settlement agreement, Bureau of Prisons director Michael Carvajal wrote a letter to each of the men saying the Department of Justice had determined that they were “under extremely restrictive and excessive harsh conditions of incarceration were held and a number of individuals were physically and verbally abused by certain MDC officials.”

The letter went on to say, “Under the exceptional circumstances of this unique case and before the facts have been fully litigated or a final ruling by the court in this matter, the Federal Bureau of Prisons has agreed to provide funds to the former director of the MDC, Dennis Hasty, to indemnify him for settling your claims. This will settle all your claims in this lawsuit.”

“I don’t know that the Bureau of Prisons director has ever signed a letter of this nature to individual clients before, so that’s unique,” said Rachel Meeropol, senior staff attorney at the Center for Constitutional Rights, representing the Gentlemen.

Meeropol called the lawsuit a failure of the justice system, pointing to restrictions on claims against federal officials.

“Among the lawsuits, it is impossible for people who have been injured to get justice,” Meeropol said in an interview with The Associated Press. “Instead, we see this pretty amazing work, where the defendants find a way to hold themselves accountable when the court said no. I think it’s a unique acknowledgment of this situation and the way what happened was procedural obstacles to real justice.”

The lawsuit originally claimed liability from senior members of the George W. Bush administration, and a settlement was reached in 2008 with the original five plaintiffs. Others were added.

In 2017, the Supreme Court dismissed parts of the lawsuit, but threw one claim, against the former federal lock-up director, back to a lower court. A federal judge in Brooklyn last year dismissed the remaining parts of the lawsuit, saying the men had no right to sue for their injuries, even though the judge did not address constitutional violations.

The settlement concludes a chapter on a disturbing era in federal criminal justice when Muslim, Arab and South Asian men were detained in the days and weeks following the September 11 attacks. Soon, more than 1,000 were arrested in cleanups in the New York metropolitan area and across the country. Most were charged only with visa overstaying and were sent back to their home countries. But before that happened, many were detained for months, with little outside contact, especially with their families.

They were arrested as “special interest” detainees, according to the 9/11 Commission report. Immigration hearings were closed, the detainees’ communications were limited and bail was denied until the detainees were cleared of terrorist connections. Identities were kept secret.

An investigation conducted by the Justice Department’s inspector general said the Justice Department’s “hold until approval” policy meant a significant percentage of detainees stayed for months, despite immigration officials questioning the legality of the prolonged detentions and although there was no indication that they were linked to terrorism. In addition, they faced “a pattern of physical and verbal abuse,” especially at the Brooklyn Federal Penitentiary. The conditions were, the report said, “unnecessarily harsh”.

“I am pleased that the case is coming to an end after twenty years of litigation. However, it’s a bittersweet conclusion for me,” Benatta said in a statement from the Center for Constitutional Rights, one of the plaintiffs’ attorneys, along with Covington & Burling LLP, and attorneys Michael Winger and Alexander Reinert.

“I do not believe that justice is well served, given the adverse effects the actions of the defendants have had on my life,” he said. “I can’t help but feel let down by the entire justice system – federal courts had the opportunity to remedy the situation but chose not to intervene, and in doing so they left the door open for future abuse and abuse. without any consequences.”