In his latest illustrative wireface series, Frederick Babina makes abstract portraits of 19 cultural icons, which are then brought to life by Daniel Giordano. The project is a continuation of Babina’s fascination with basic geometrics and vibrant colors, and his ongoing search for a type of portrait that, through the simplification and identification of basic elements of a face, reveals layers of ambiguity without losing the essence of figurative representation.

Capturing the essence of their human counterparts with the most basic elements, shadows and voids, the minimalist illustrations were originally created as animated digital sculptures by Babina. Extending his work beyond the 2D plane, the pieces were then realized as balancing 3D sculptures mainly made of wire and multimedia by Giordano.

‘Wirefaces is a line that connects ideas and forms, a line that unfurls and connects fantasy and reality’ writes Federico Babina. In his new project, the architect and graphic designer explores how minimalist visual expressions of a clear face can still capture the essence of identity and convey it clearly through a new universal language. In fact, the optical ambiguity of the compositions explores ideas of perception, inviting the viewer to break down and reassemble the different forms in their imagination to complete the portrait.

His digital sculptures pay homage to the unique characteristics of figures such as Frida Kahlo, David Bowie and Pablo Picasso, with portraits stripped of matter and infused with dynamic shadows and voids that hint at undisclosed expressive nuances. Wirefaces’ compositions, set in motion through a combination of rhythmic forms and subdued movements, further evoke a subtle, ordered, poetic universe to reveal the identities of the 19 iconic protagonists. 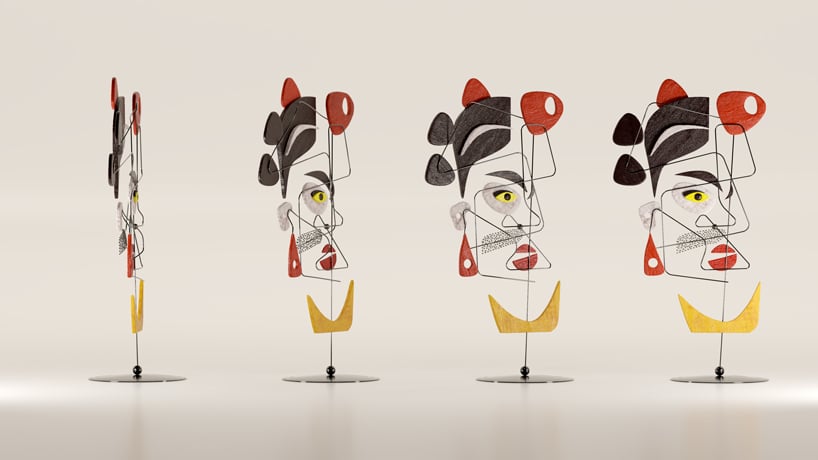 Between messy rigor and realistic fantasy, the viewer will be able to untangle the senses through the use of geometries and colors, get lost following that thin line that develops and stretches in space like a hanging thread, and then find the essential characters of the portrait and visualize the likeness and personality of the protagonist,’ concludes Federico Babina. 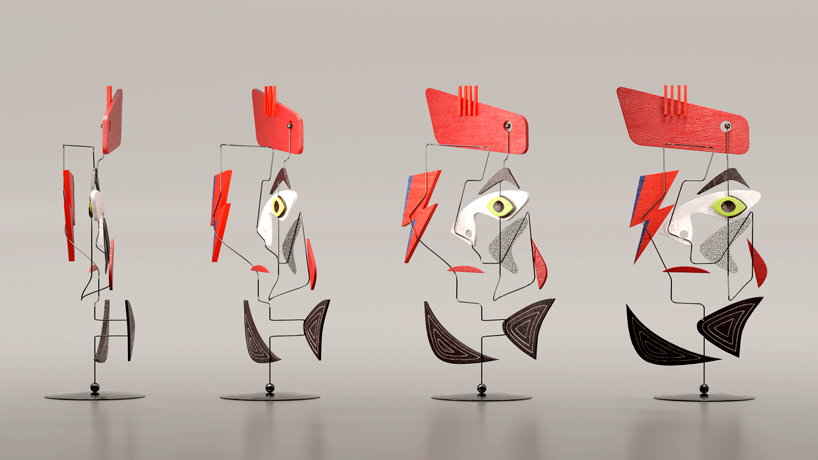 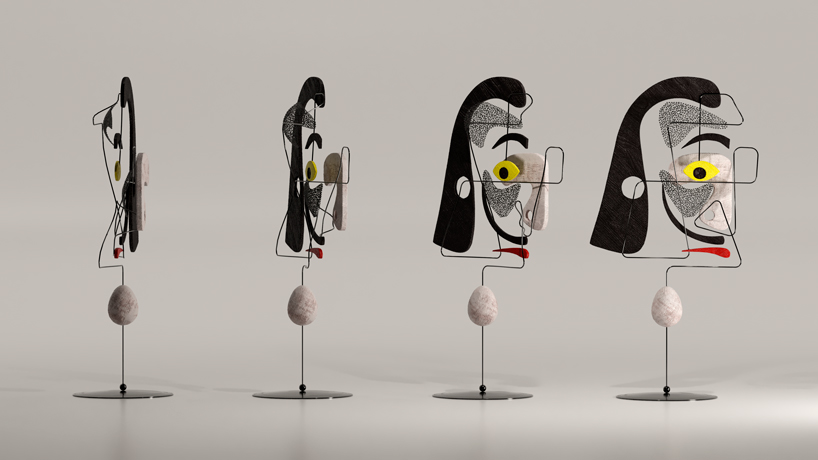 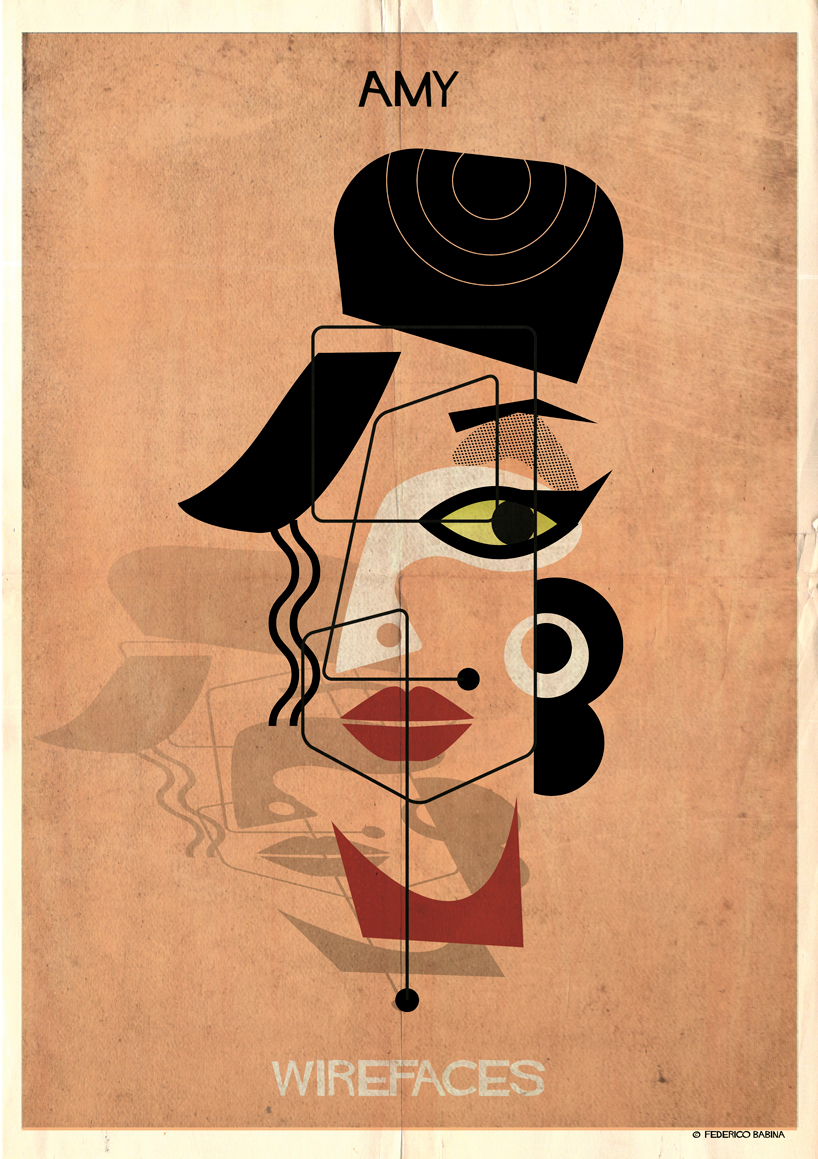 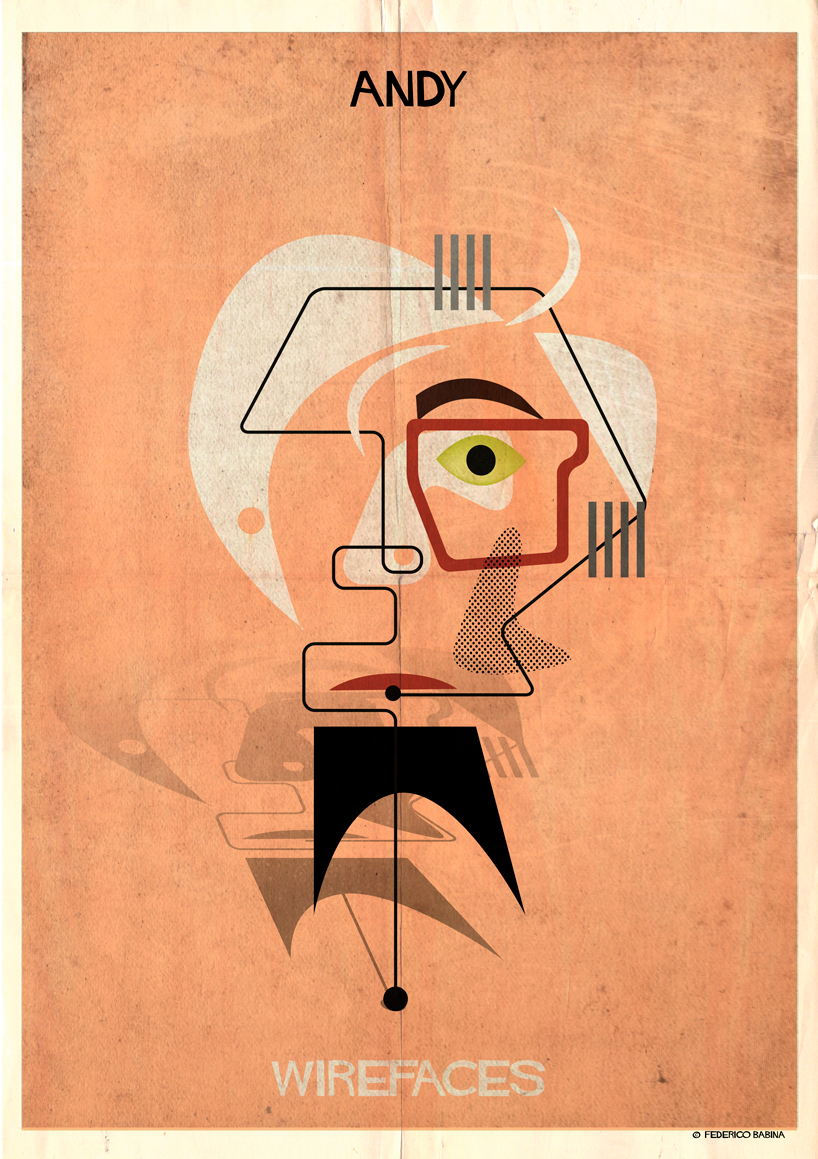 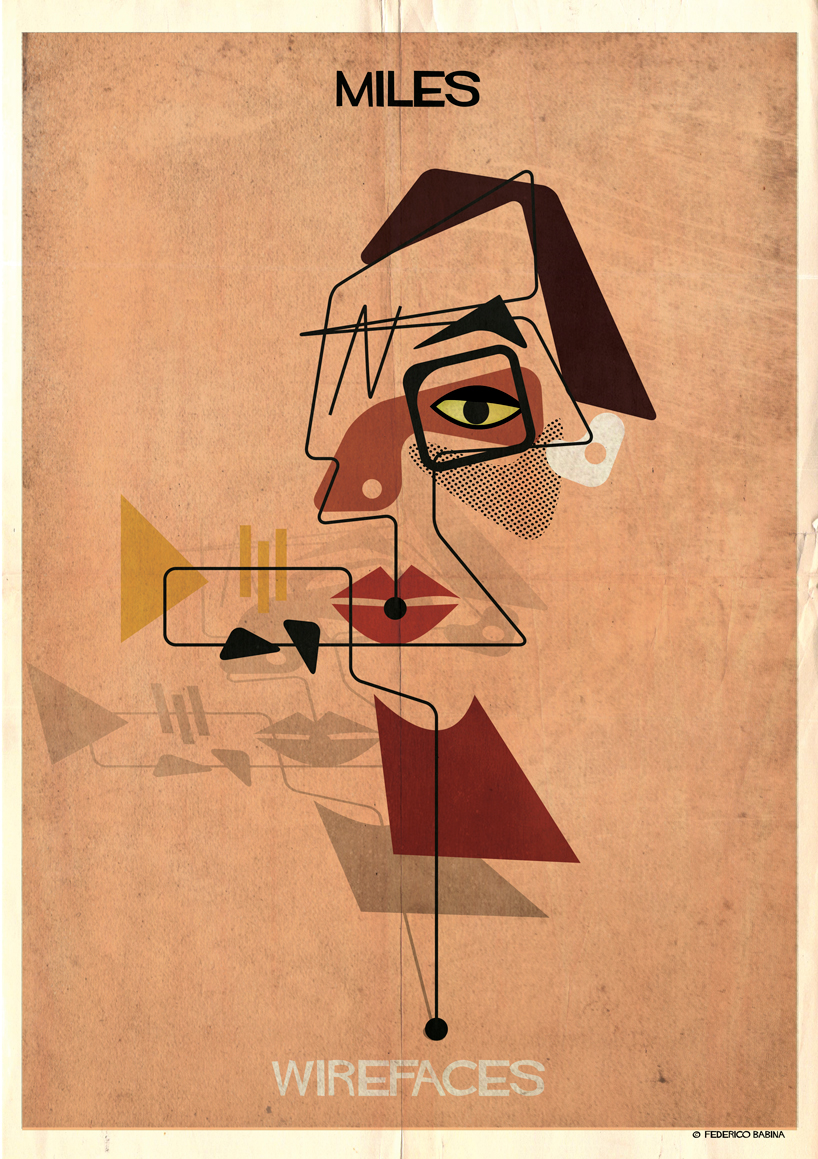