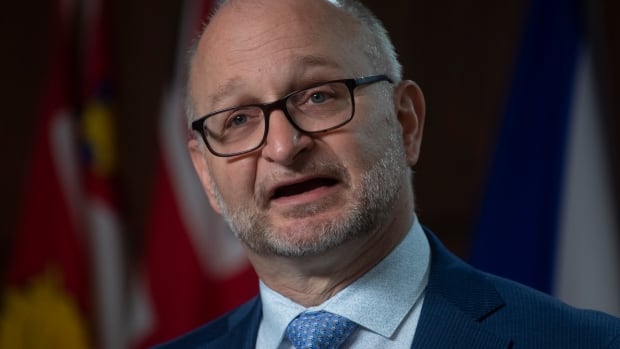 Gerald Bernard Klassen spent more than a quarter century in jail for the first-degree murder of 22-year-old Julie McLeod in 1993 — a crime he has always maintained he did not commit.

This week, Federal Justice Minister David Lametti concluded the BC man’s 1995 conviction was likely a miscarriage of justice, ordering a new trial after a years-long effort by the University of BC’s Innocence Project.

Project director Tamara Levy says she and the two lawyers who handled the case reached Klassen by phone to tell him the news.

“He was very pleased as you can imagine,” Levy told the CBC.

“But it’s been a long time in coming and — of course — better late than never, but he spent 26 years in prison for a crime that never happened. So he, of course, wishes this result had been achieved at the outset.”

‘He offered her a ride home’

The result is the second major victory for the Innocence Project.

In 2020, Lametti ordered a new trial for another of the program’s subjects — a father who was convicted of killing his two sons in 1983.

The accused in that case — Tomas Yebes — was acquitted after a brief retrial at which the Crown presented no evidence.

A spokesperson for the BC Prosecution Service said Klassen’s case is being reviewed in order to determine the next steps. But Levy said she expects the case will likely follow a similar path.

According to court documents, McLeod’s partially clad body was found in December 1993 at the base of a boat launch ramp on the south shore of Nicola Lake, near Merritt, BC

Klassen said he had sex with Mcleod and admitted that the pair had an argument which ended with him pushing her away and Mcleod falling and striking her head on the boat ramp.

“He denies that there was anything other than consensual sexual contact and denies that Ms. McLeod was partially clothed when he left the scene,” BC Supreme Court Justice Catherine Wedge said in 2020 when Klassen applied for bail pending the outcome of his appeal to Lametti .

“Mr. Klassen says that when he left the boat ramp, Ms. McLeod was alive and uttering abuse at him. He offered her a ride home, but she refused.”

Despite Klassen’s protestations, a jury found him guilty of causing her death through a sexual assault. The BC Court of Appeal rejected his bid to appeal and his case was turned down for a hearing by the Supreme Court of Canada.

Wedge released Klassen after considering new opinions from both defense and Crown experts who cast doubt on the opinion of a pathologist at trial who insisted McLeod’s injuries from multiple blows and that her death was due to assault, hypothermia and acute intoxication.

The pathologist has since “softened” his view about the causes of the young woman’s death and reports from experts found that “the head trauma could have been caused by an accidental fall or intentional force, but that forensic science could not determine which.”

A first-degree murder charge comes with the possibility of parole after 25 years. But like most prisoners who maintain their innocence behind bars, Klassen was denied full parole.

“He has been a compliant, hard-working inmate,” Wedge said.

“Yet, he has been repeatedly denied a transfer to minimum security; even after serving the mandatory 25 years for first degree murder, he has been denied full parole because he has consistently asserted his innocence. That, in my view, is a classic Catch 22.”

Levy said eight students worked on the case alongside members of the BC bar who took Klassen on for free. She says it takes between eight and 12 years for a wrongful conviction case to work its way through the system.

Last year, a former justice of the Ontario Court of Appeal and a former judge of the Court of Quebec submitted a report to Lametti recommending the establishment of a new, independent commission to examine miscarriages of justice.

“We hope that that commission happens and takes on more of this work to make sure that it gets done more quickly than it has in the past,” Levy said.

“It’s certainly not a very efficient process at the moment and we’d love to see that change.”