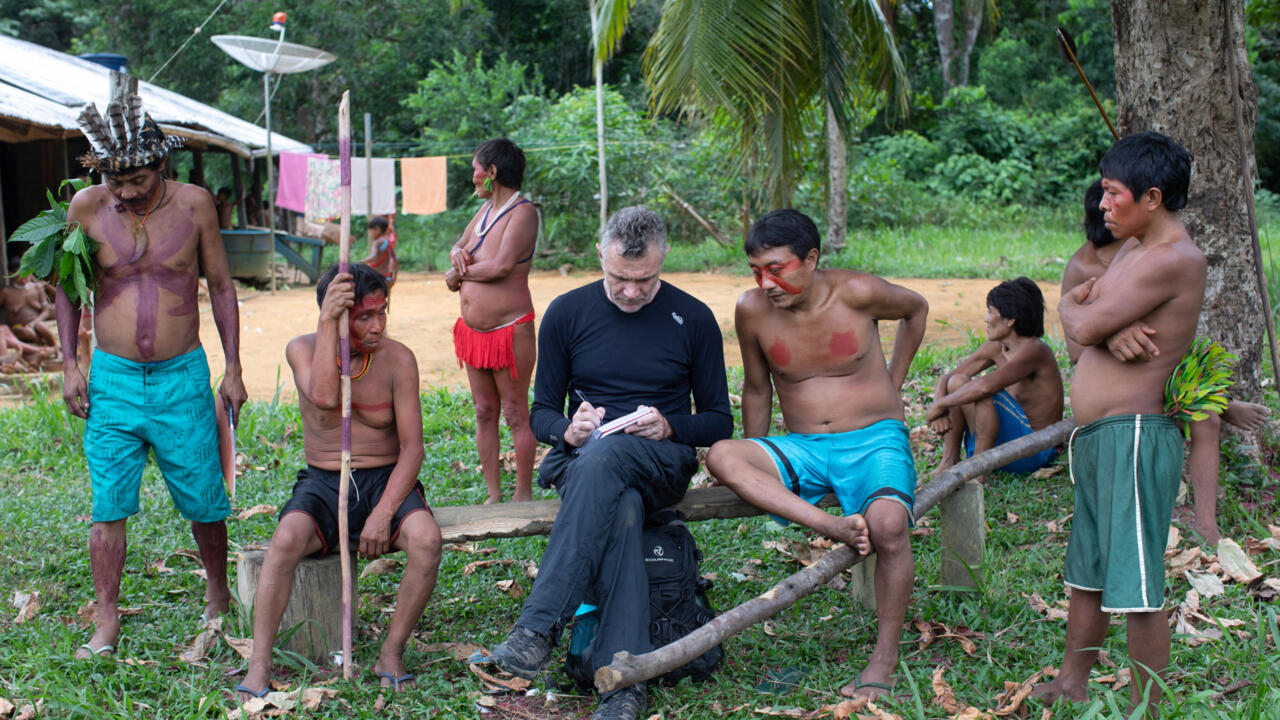 Rights groups and families of a British journalist and Brazilian indigenous expert who disappeared deep into the Amazon after receiving threats pleaded with authorities on Tuesday to speed up the search.

Veteran freelance journalist Dom Phillips, 57, and respected indigenous specialist Bruno Pereira, 41, went missing early Sunday while on a boat trip in Brazil’s Javari Valley, near the border with Peru, where Phillips was researching a book.

As the 48-hour mark passed, speculation swirled whether they could have been the victims of an accident or foul play. On Tuesday evening, authorities had no information about their whereabouts, but Amazonas civil police said they were questioning a “suspect” and four other people had testified as “witnesses”, although no arrests were made.

Local indigenous activists said the couple received threats last week for their work in the remote region, which has seen a spate of illegal logging, gold mining, poaching and drug trafficking. Relatives hoped the couple would be found.

“I want to appeal to the government to step up the search,” Phillips’ Brazilian wife, Alessandra Sampaio, said in a video message. “We still have a small hope of finding them. Even if I don’t find the love of my life alive, please find them,” she said, suppressing sobs.

The Brazilian government expressed its “grave concern” and said that the police were taking “all possible measures to find (the men) as soon as possible”. But the authorities were accused of not acting urgently enough.

The defense ministry said in a statement that since Monday the military has deployed 150 soldiers who are “specialists in jungle environment operations, who know the terrain where the searches are being conducted”.

The Ministry of Defense and the armed forces provide all necessary support in the search for the native Bruno Araújo Pereira, an employee of Funai, and the English journalist Dom Philips, who disappeared in the Amazon.


But three indigenous rights groups in the region said in a joint statement earlier that only six state police officers were actively working on the operation, urging the government to deploy helicopters and a task force. “The Brazilian government has been very slow to act, in a situation where swift action is absolutely essential,” Brazil’s World Wildlife Fund (WWF) office said in a statement.

Brazil’s federal police later said they had deployed a second helicopter to support the effort.

Next Tuesday (07), in addition to two vessels and a water bike, a helicopter from the 1st General Employment Squadron of the Northwest will also be deployed.

President Jair Bolsonaro has been criticized for appearing to blame the missing men, both of whom have extensive experience in the Amazon rainforest basin. “Two people in a boat in such a region, completely wild – it is an inadvisable adventure. Anything can happen,” said Bolsonaro.

“Maybe there was an accident, maybe they were executed.” The far-right president has been accused of fueling invasions of indigenous countries in the Amazon with his pro-mining and pro-agribusiness policies.

Pereira, an expert currently on leave from Brazil’s Bureau of Indigenous Affairs FUNAI, has spent much of his career fighting such invasions, making him a target of frequent threats.

The families of the men urged authorities to act quickly. “Time is a key factor in rescue operations, especially when they are injured,” Pereira’s family said in a statement. It said his partner, three children and other family members were in “anxiety”.

Phillips’ sister Sian posted a video message online and fought back tears. “We are really concerned about him and are urging the authorities in Brazil to do everything they can,” she said. “Every minute counts.”

A group of about 40 reporters and friends of Phillips appealed to Brazilian authorities in a letter published in the O Globo newspaper to expand the search. In addition, 11 press organizations have requested an emergency meeting with the justice minister and other senior officials to get a progress report on the hunt.

Phillips, who lives in the city of Salvador, already accompanied Pereira to the Javari Valley in 2018 for a story in the British Guardian newspaper, where he was a regular contributor. The 85,000-square-kilometer (33,000-square-mile) reserve is home to about 6,300 indigenous people from 26 groups, including 19 with virtually no contact with the outside world.

FUNAI’s base, which was set up to protect indigenous residents, has been attacked several times in recent years. In 2019, a FUNAI officer was shot dead there.

The region has seen a spate of illegal mining, logging and poaching in recent years, and its remoteness makes it a haven for drug traffickers, said Fiona Watson, director of research at indigenous rights group Survival International. “You’re talking about dense tropical forest,” she told AFP. “The operation to locate Bruno and Dom is a huge challenge.”