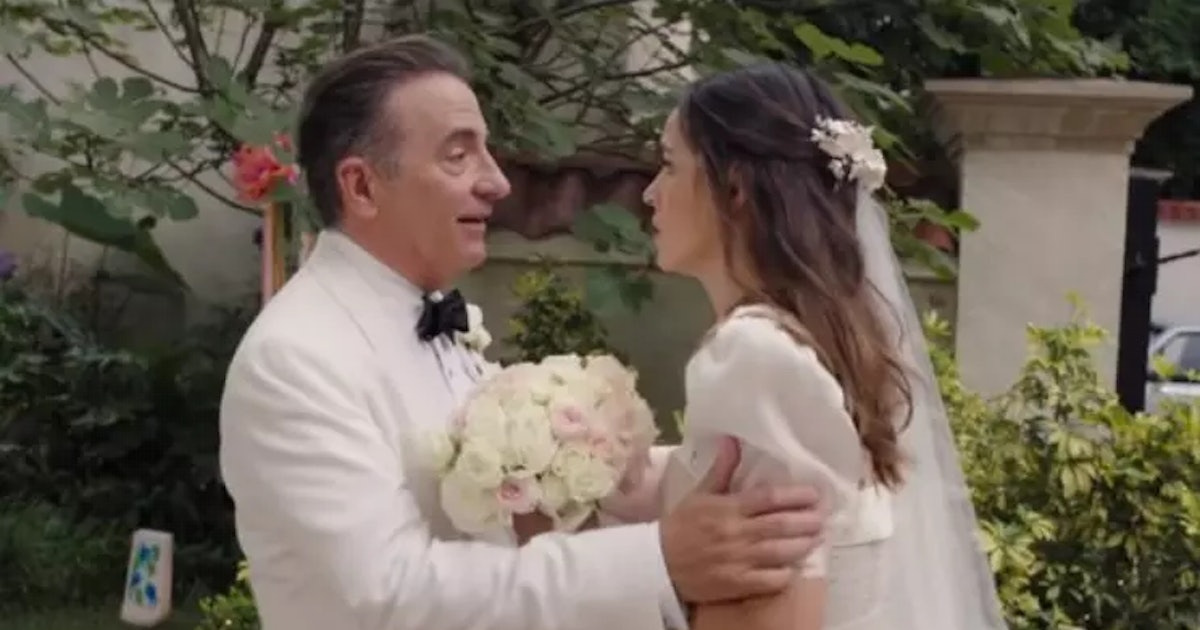 You might not support every remake of the classics, but this one gets two big thumbs up for nostalgic reasons alone. HBO Max has a Father of the Bride remake comes out, and it looks like a perfect mix of the familiar and the new.

The remake is, of course, about a father’s bond with his daughter.

This time, the father is Cuban-American Billy (played by Andy Garcia), a traditional man who doesn’t handle change well. His wife Ingrid is played by the legendary singer Gloria Estefan, who may not be as long-suffering as the wives from the previous versions. Daughter Sophie is played by Adra Adjona and her Mexican fiancé Adan is played by Diego Boneta. And please watch for some great performances from Saturday Night Live‘s Chloe Fineman as the wedding planner, as well as Ruben Rubasa from I think you should leave fame. He plays a relative of Sophie and he is definitely a scene stealer.

The Father of the Bride trailer brings up new family issues.

The Father of the Bride trailer sees some known issues right out of the gate; Sophie comes home to tell her parents that she is getting married to a man they don’t know. Billy doesn’t like it, especially when he finds out they was the one who suggested it. “Can you do that?” he asks. “Does anyone do that?”

But then things kind of come together. For example, Billy and Ingrid go to marriage counseling and she makes it clear that she is not interested in continuing the marriage. In fact, they essentially put themselves in the spotlight until Sophie gets married herself. Also unlike the original, Sophie doesn’t want a big wedding and instead says she and Adan will pay for it themselves. Billy insists on paying, so basically everything that happens from then on is his own fault.

The remake will honor two cultures.

Outside of the wedding, there’s another story going on; the mixing of cultures. Adan’s Mexican Heritage and Billy’s Cuban. “It was both an honor and an obligation to bring a story that fits within the Latin cultures, in this case the Cuban and the Mexican, in an effort to interact,” Garcia said. Entertainment Weekly. “It’s the duty to do it right, to represent it without stereotypes, in a way that while it’s culturally specific, the themes are universal.”

The Father of the Bride remake premieres in June.

Father of the Bride will premiere on HBO Max on June 16 just in time for the wedding season. If you’re feeling nostalgic and want to see the 1991 version with Steve Martin and Diane Keaton, it’s available on Disney+. Because you can never get enough feel-good movies full of nostalgia and humor and sweetness, right?