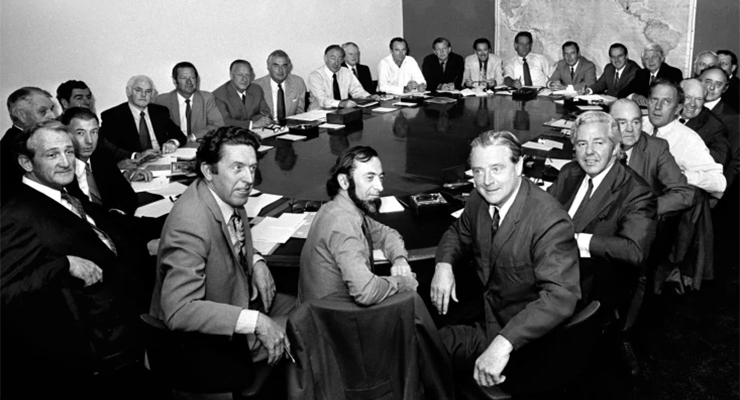 The life of Gough Whitlam’s most creative preacher is one through which radicals can direct their lives.

Moses Henry Cass, Moss for all, was born in 1927 in the WA wheat town of Narrogin, the son of a Jewish rural town, a child migrant from Bialystok, now in Belarus. Ninety-five years later, Moss died in Melbourne, having served as a trailblazing minister for media, the environment and more, a MP who secured a Liberal seat for Labour, an innovative medical researcher, a public health champion, a fighter against the Nuclear Plague, a ruthless organizer of initiatives and the little beatnik-bearded patriarch of a family of activists, artists, filmmakers, battling lawyers and more, now spanning three continents.

We said goodbye to Moss this week at a state monument in the Footscray Community Arts Center, which the Maribyrnong River slowly flows behind.

Read more about the legacy of Moss Cass…