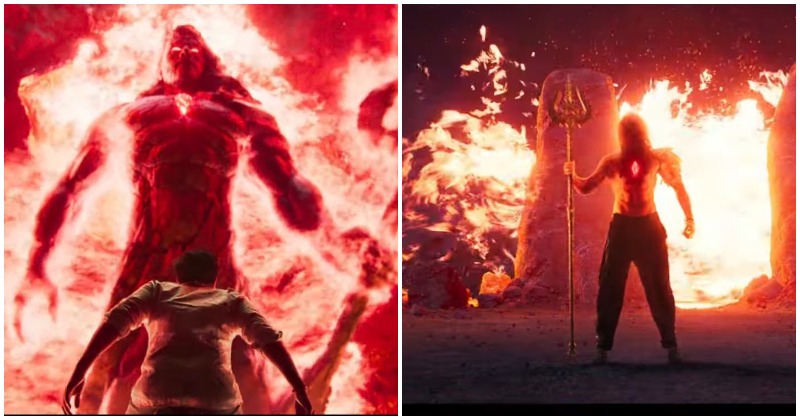 The team of “Brahmastra” has promised fans a spectacular visual delight against the background of a sincere love story.

“Brahmastra Part One: Shiva”, also with Amitabh Bachchan, Nagarjuna and Mouni Roy, is the first part of the trilogy that Mukerji started thinking about ten years ago when he made his second director “Yeh Jawani Hai Deewani”, also starring in starring Kapoor.

The nearly three minute trailer shows Shiva’s (Kapoor) journey from DJing in Benaras to discovering the divine power of fire within him.

The trailer introduces primary characters including Bhatt, who plays Shiva’s love interest, Isha, and possibly the turning point in his life, Bachchan, who accompanies Kapoor’s character on his journey, Nagarjuna as Nandi, who already brags about a superpower; and Roy, who plays the dark force in the story.

However, Shah Rukh Khan’s fans kept wondering where their favorite star was!

Karan Johar had confirmed that Shah Rukh Khan will have an extended cameo in the film.

Fans came up with various theories about Shah Rukh’s presence in the trailer. While the trailer doesn’t drop any significant hints about King Khan, fans quickly found out who SRK could be.

Notice of every body Khan Sahab #ShahRukhKhan As a scientist..?
pic.twitter.com/gt4eDAbYTJ

Mukerji said it was a dream come true to explore the roots of Indian mythology through “Brahmastra” and create it with “pan-Indian stars”.

“I believe that Brahmāstra is the beginning of a new cinematic universe, ‘The Astraverse’, and I believe that this is the kind of film the country would be really proud of. It touches our roots; celebrates our rich culture and it brings us moving forward with our technology. The film is proudly Indian and imaginative, and bringing together some of the most famous names from Pan-India was a dream come true,” he said in a statement.

“Brahmastra Part One: Shiva” marks the first collaboration between Kapoor and Bhatt, who got married earlier this year. The couple fell in love during the making of the film. Ranbir and Alia dated for over five years before they tied the knot in a peaceful ceremony at Kapoor’s home in Mumbai.

Bhramastra is a joint production of Star Studios, Dharma Productions, Prime Focus and Starlight Pictures. It will be released theatrically in Hindi, Tamil, Telugu, Malayalam and Kannada on September 9, 2022.