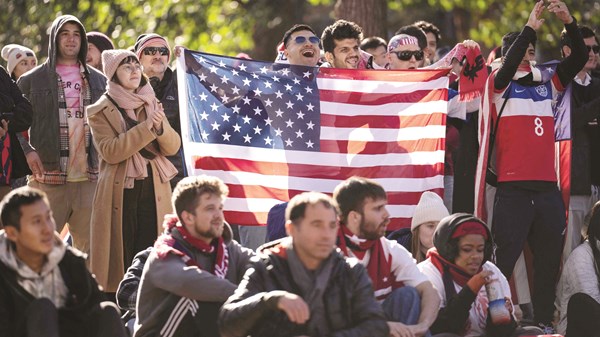 The rise of other names and the decline of others after the close of the midterm elections for the US Congress is considered normal, especially with the convergence of results and the inability of the Republicans to achieve major success, the “red tide” in the election, with expectations rising for the Democratic Party’s downturn due to President Joe Biden’s policies that caused his popularity to decline significantly during the final months leading up to the midterm elections.
In this regard, Hadeel Aweys, a US political analyst, believes that the midterm elections will have an impact on voters’ choices in the upcoming presidential election, as Biden has become a guaranteed candidate for the Democratic Party in case he wants to run . again and his health permits it.
Aweys explained that Donald Trump has already announced his candidacy, but he faces a real crisis in the upcoming election, especially with the defeat of most of the candidates he supported in the US Congressional midterm elections, along with many voters who the idea of ​​him questioning the election results. These are all indicators that influence the choice of the party. Republican nominee, especially with his reluctance to lose the third straight election. And the US political analyst confirmed that the results of the current election will lead to further delays in announcing the names of the next presidential candidates, which are expected to be busy and important since the preparation period for candidates from both parties.
The Republican Party decided the majority of the House of Representatives in its favor, but it is a majority that does not allow it to pass any laws or decisions because of the small difference with the Democratic Party, which will lose the presidency of the House, it was most recently chaired by Nancy Pelosi, while the Republican Party pushed its leader, Kevin McCarthy, to run the House for the next two years. In the Senate, the Democrats managed to retain the majority.
Ahed al-Hindi, a political analyst in US affairs, told Al-Ittihad that while the Republican Party won the majority in the House of Representatives, it is a difference of 8 seats, meaning it is the minimum majority of about 218 seats . , indicating that Republicans’ lowest expectations have beaten these rates in the meantime, especially as Biden’s popularity among Americans waned. Al-Hindi expected the Republican Party to fully study the situation after this election, at a time when Trump is facing a wave of loss of confidence over his positions in the recent election and the defeat of the candidates he supported, while other candidates of the Republican Party won and openly declared their rejection of his candidacy.