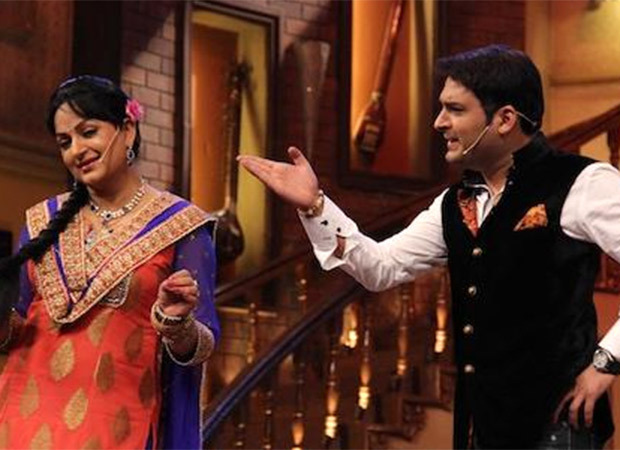 Upasana Singh, who is known for her character roles on television and Bollywood, will next be seen in the web series Masoom, which also stars Boman Irani and is the debut of Deepak Tijori’s daughter Samara Tijori. During the promotions of the same, the actress spoke exclusively with Bollywood Hungama about her stint with Kapil Sharma, her relationships with the comedian-presenter and why she decided to quit their popular show.

During the interview, Upasana Singh became candid about Kapil Sharma’s leaving the show. The audience would know that Upasana was one of the regulars of the show and it is also a known fact that the actress is known for her impeccable comedic timing. However, in this exclusive chat with Bollywood Hungama, Upasana confessed that she decided to quit the show despite being well paid. She said: “When I was on The Kapil Sharma Show for about 2 to 2.5 years, our show took the number one spot on television. However, there came a point where I felt there was nothing new to add to the show. I was paid very well but I didn’t feel like I was bringing anything new to the table So I talked to Kapil about this I also told him that when I started this show everything was so much fun but I wasn’t I was able to enjoy what I was doing more. I quit the show, despite being paid so well, because I couldn’t enjoy my job anymore.”

In the same breath, she also clarified that she continues to share a great rapport with comedian-host Kapil Sharma. She added: “We are very good friends even today and keep in touch with each other. Even now I tell him I will only come back to the show if there is something new I can add. I tell this to every producer who approaches me for a part,” she concluded.

Also read:“I learned a lot while working with Boman, he is a very brilliant actor to work with,” says Masoom’s Upasana Singh