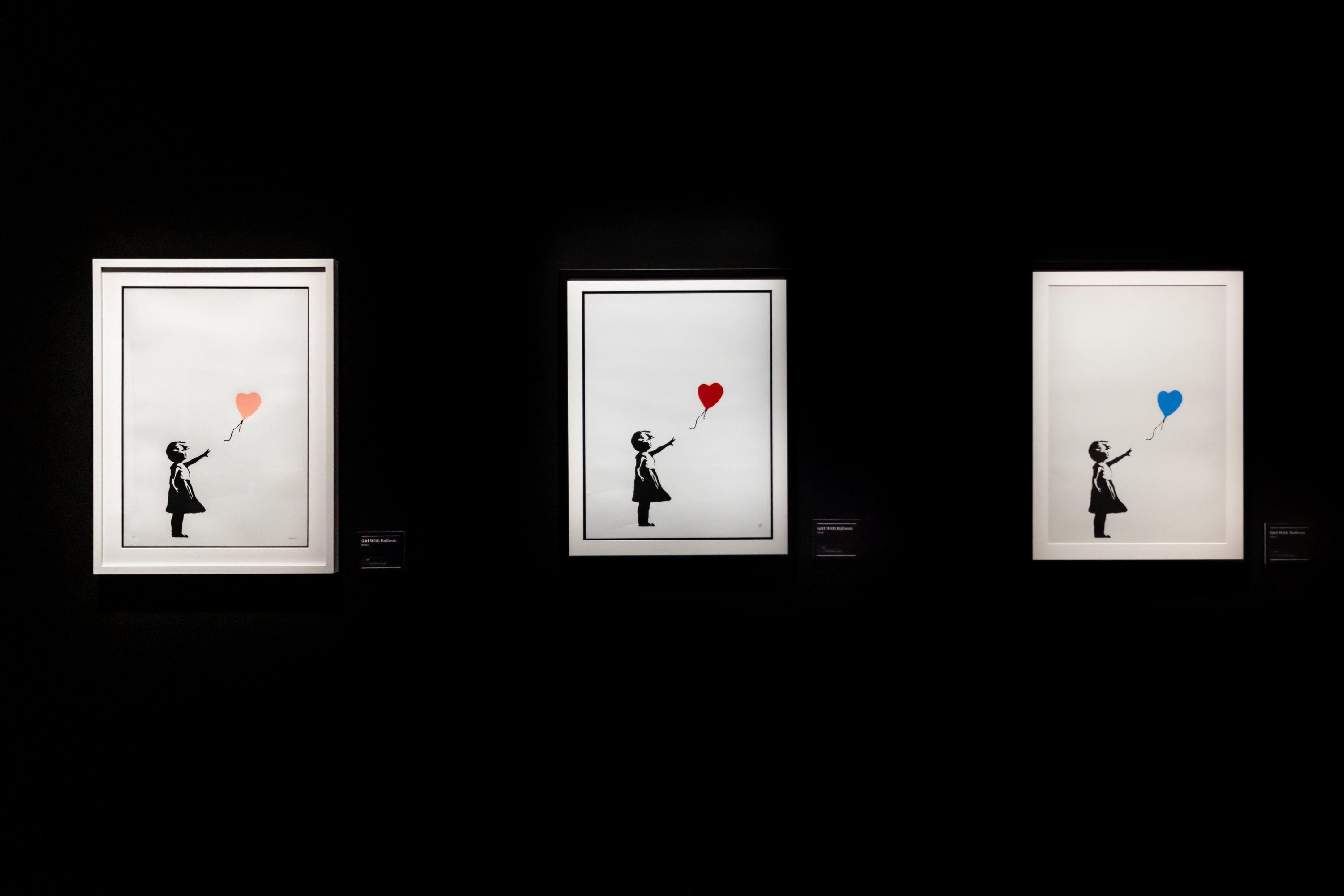 On June 23, a traveling exhibit featuring artwork by famed elusive street artist Banksy opens in DC. Here’s everything we know about “The Art of Banksy: The Unauthorized Collection”.

The shuttered bed Bath & Beyond in Gallery Place (709 Seventh St., NW), which has remained empty since its doors closed in 2020 (a decision taken before the pandemic), will soon be filled with more than a hundred Banksy works. “It appealed to us to some extent,” Vicente Fusco, a co-producer of the exhibit, says of the venue.

Banksy is a well-known anti-capitalist, although his pieces sell for millions and the artworks showcased in “The Art of Banksy” may not otherwise be available to the public. In 2013, Banksy called commercial success “a sign of failure for a graffiti artist.” In fact, the artist’s website, Pest Control, warns viewers that exhibits like this one are “nothing like a real Banksy show” and “might be rubbish.” Fusco said everyone is entitled to an opinion, and in the end the exhibition was well received by the public. “Ultimately, we believe that art is meant to be enjoyed and seen by the public, so we try to provide an opportunity,” Fusco said.

Reviews of past shows in other cities have been mixed

Many reviewers seem as skeptical as the artist, describing the show as corporate commodification. While a reviewer in Boston called the exhibit a “rare treat, even if it raises questions,” a reviewer in Chicago called it “nothing more than an exercise in the kind of opportunistic capitalism and the bland culture that Banksy’s graffiti might have mocked.” Another reviewer in San Francisco called it “pure bourgeois comfort food.”

It’s all from private collections

Starvox Entertainment, which hosts the exhibit, assures potential Banksy fans on its website that no one has taken a chisel to a public mural — each piece is from private collectors. The exhibit will feature more than $35 million worth of authentic Banksy pieces, including a print of “Girl With Balloon,” a piece that sold at auction for $1.4 million before promptly tearing itself up.

If you have more than 2,000 followers on social media, the organizers of ‘Art of Banksy’ say you have a chance to win ‘fantastic freebies’ if you sign up to promote the exhibition. It’s unclear what might go in your swag bag. Washingtonian could not find any evidence of ‘Art of Banksy’ influencer promotion on Instagram, Facebook or Twitter prior to the opening of the exhibition.

Buy tickets for “The Art of Banksy” from $35 here.