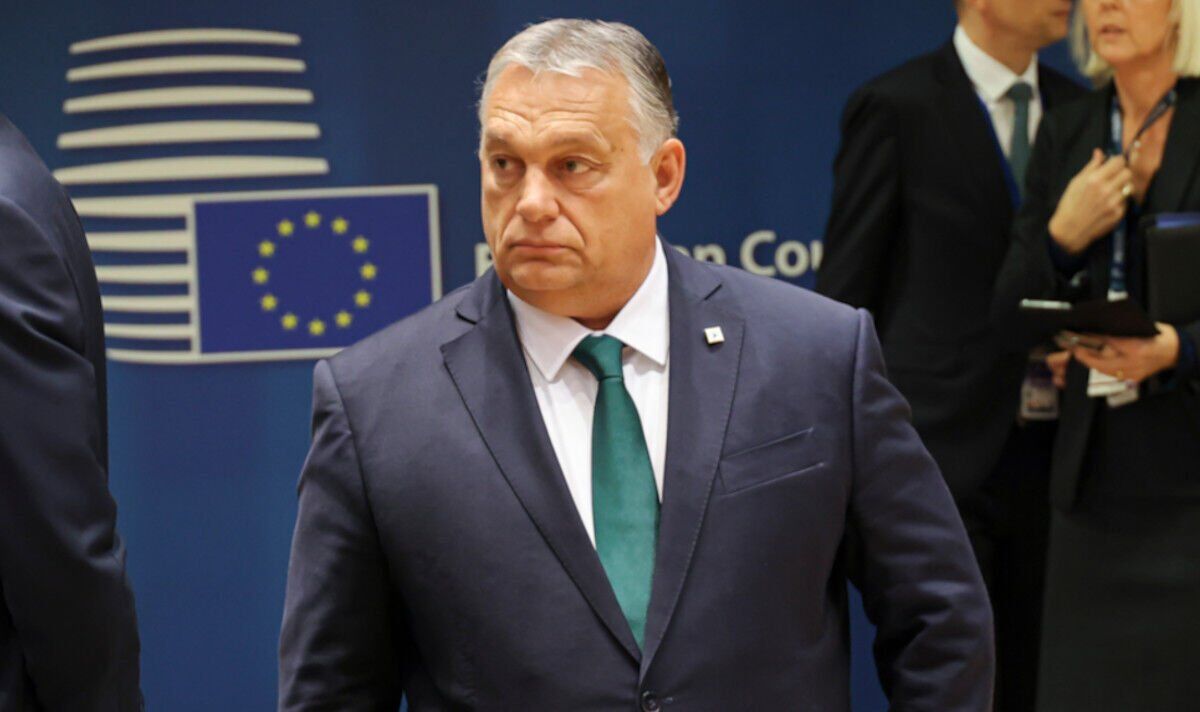 The European Union has thrown Hungary under the bus, according to Viktor Orban. A new government-sponsored advertising campaign states in no uncertain terms that “Brussels sanctions are destroying us!”.

The prime minister told a flag-waving audience this week that their country is under threat in all directions, not least because of its relationship with Brussels.

He said: “Financial crisis and economic downturn in the EU. Migration invasion in the south. War in the East and Economic Crisis in the West.”

Orban was clear about his views on those who are at least partly responsible for Hungary’s economic problems, noting: “Let’s not worry about those firing at Hungary, hidden in the shadows, somewhere from the watchtowers of Brussels .”

Brussels and Budapest, in particular, are divided over sanctions against Russia in light of the war in Ukraine.

The prime minister has described the sanctions as “economic suicide”.

Also in this country, former Prime Minister Liz Truss stressed that the sanctions imposed by London meant Britain “will have to endure some economic hardship”, and now Prime Minister Rishi Sunak noted earlier this year that the UK’s responsive measures “will not be free”. here at home”.

But both London and Brussels have deemed these costs acceptable for various reasons.

Even Poland, which previously sided with Hungary against the EU over the rule of law, is strongly in favor of tougher sanctions, despite the cost, leaving Budapest more isolated than usual.

Green Party MEP Daniel Freund noted on social media that concerns about corruption were the main reason Budapest was at odds with Brussels.

He wrote: “Orban could always claim that there is a culture war going on between Brussels and Budapest. It’s a red herring.

“The conflict with Hungary is about rampant corruption and the systematic breakdown of democratic institutions!”

Orban told an audience this week: “Only we can defend our own truth against the threats looming over us.”

This came amid rising inflation rates in Hungary – up to 20 percent – ​​and rising borrowing costs.