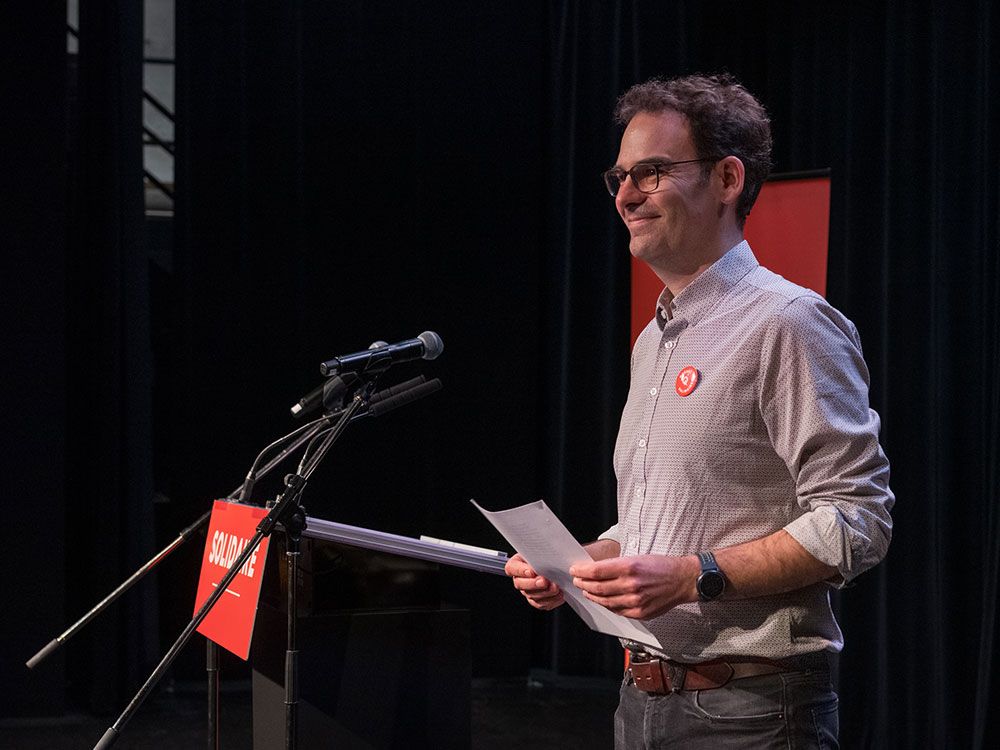 Étienne Grandmont becomes the candidate of Québec solidarity in Taschereau.

He won the nomination race over Madeleine Cloutier on Saturday and will try to replace MNA Catherine Dorion, who announced in April that she would no longer be running.

The director-general and spokesperson of Accès Transports Viable, an organization that champions the rights of public transport users, Grandmont made transport, the environment and urban planning his campaign priorities.

Grandmont had been approached to lead by Quebec Solidarity co-spokesman Manon Massé, while Cloutier had secured the support of Dorion, the party’s outgoing MNA in the equestrian center.

“Québec Solidaire will send Étienne Grandmont to the National Assembly”, co-spokesman Gabriel Nadeau-Dubois tweeted on Saturday night. “He will denounce the CAQ’s incompetence in public transportation.

“With him, the third link will not take place.”

In addition to climate change, which Grandmont wants to tackle from the perspective of sustainable mobility and spatial planning, the candidate also wants to make the housing crisis his hobbyhorse.

“There are many rental households in Taschereau,” he told Presse Canadienne on Saturday evening. “It is a way of driving that is particularly affected by these problems. Renovation and the very large presence of Airbnb mean that few units are available.”

He wants more restrictions on renewed residence permits and to promote social housing.

In 2018, Catherine Dorion won in Taschereau with 42 percent of the vote. She received 8,511 votes more than her closest rival, the CAQ candidate, in what was long considered a PQ bastion.

“Many Québec solidarity members voted. I think we’ve had a very interesting, very positive campaign, bringing in a lot of new members in Taschereau,” he said.

In October, he will face Parti Québécois candidate Jeanne Robin, the director of the urban planning group Vivre en Ville, where he has also worked.

Pascal St-Hilaire, a public service manager, is the CAQ’s candidate in the equestrian center, while the conservative party has announced Marie-Josée Hélie as a candidate. The Liberal Party has yet to announce its candidate in Taschereau.