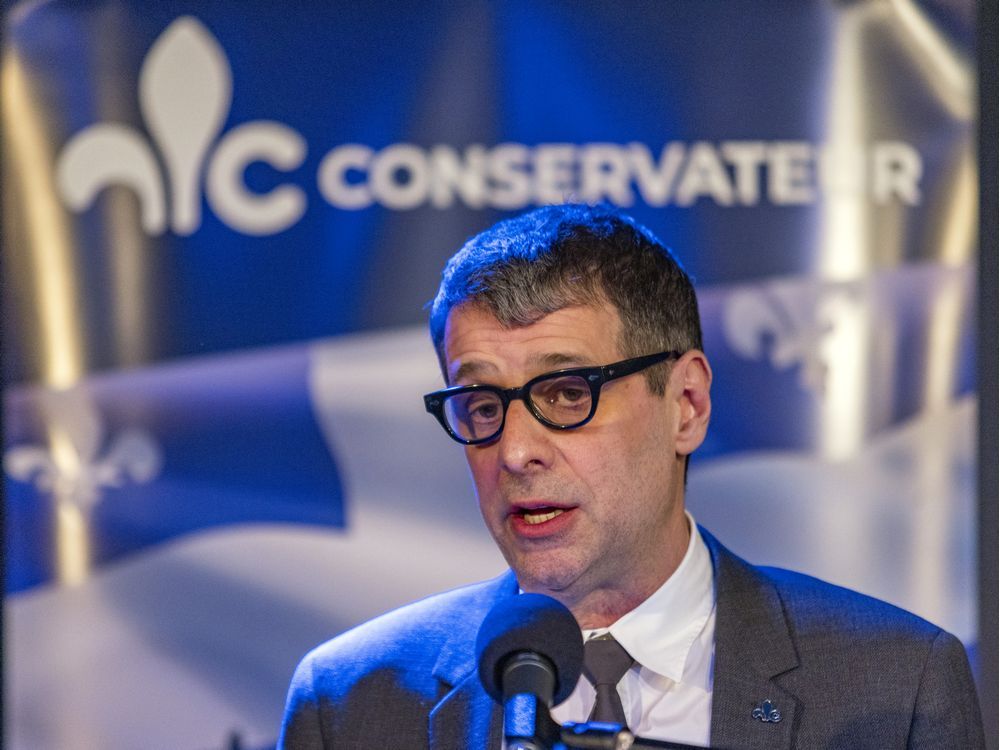 Éric Duhaime, leader of the Quebec Conservative Party, says he is willing to participate in an English-language debate in the next election, even if Prime Minister François Legault does not participate.

On Friday, an English-language media consortium decided to cancel the scheduled debate, slated for September 20, after Legault and Parti Québécois leader Paul St-Pierre Plamondon said they would not participate.

But Duhaime hopes the project can be reborn soon.

He says at least one English-language media outlet has told him it would be willing to hold a debate without Legault, as long as Quebec Liberal Party leader Dominique Anglade agrees to participate as well.

On Saturday morning, Duhaime sent Anglade an invitation, who in turn said he was willing to participate.

“If a consortium of Anglophone media is interested in holding a debate in English, I’m very open to participating,” Anglade wrote on Twitter. “It’s important to bring our ideas to all Quebec residents.”

The details are yet to be worked out, but Duhaime said he believes Quebec’s Anglophone community deserves to have a debate of its own to address the issues that matter to the community, including health, education and language issues — even if Legault doesn’t join don’t join.

“That’s what democracy is all about: the voter must have both sides of the story before he or she can reach a decision,” Duhaime said in an interview. “It is important that the opposition parties can also express their views to English speakers.”

Legault’s press attaché said Friday that the preparation of the debates takes a lot of time, and that the prime minister had already committed to discuss the other party leaders on TVA and Radio-Canada in French.

The media consortium of CBC, CTV, Global and CJAD subsequently canceled the event, saying it would be impossible to hold an “honest and informative” debate without all the major parties.

But Duhaime said the way he sees it, having prepared two debates, the extra time it would take to prepare for an English debate wouldn’t be that substantial.

Instead, Duhaime accused Legault of wanting to limit debates in the run-up to an election in which he is heavily favored. Duhaime recalled that Legault took part in an English-language debate during the 2018 election campaign.

He believes that the opposition parties could even benefit from Legault’s absence, as they would have greater visibility, something they struggled with during the pandemic.

Duhaime said that if a new debate project is born, a new set of invitations will be sent, including to the Parti Québécois and the Coalition Avenir Québec, to see if they want to reconsider their decision.

“I invite (Legault) to face the music and participate,” she wrote.