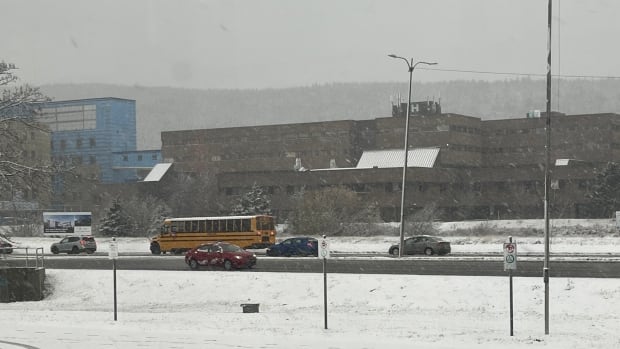 Power has returned to most homes and businesses after more than 17,000 Newfoundland Power customers on the Avalon Peninsula lost power on Tuesday afternoon.

According to the Newfoundland Power website, the power went out around 2:49 a.m., affecting 17,180 customers, as the St. John’s area experienced an early onslaught of winter weather.

The outage was related to a problem with an appliance at the Hardwoods substation in St. John’s, according to a tweet from the company.

According to Newfoundland Power in an update, power was restored to most customers as of 4 p.m. More than 1,000 customers were still without power in the Portugal Cove region as of 8:45 p.m. Tuesday.

Snow began falling in the St. John’s area around lunchtime and is expected to be heaviest between 4 and 5 p.m., according to CBC NL meteorologist Ashley Brauweiler.

Between now and 4 or 5 p.m., the snow will be heavy at times and decrease after 8 p.m. #nlwx https://t.co/VYNOtFrjWk

Between five and four inches of snow is expected to fall, while wind warnings and special weather reports from St. John’s to Terra Nova remain in effect.

According to a statement from the provincial Crown Corporation, the outage was not a result of testing on the Labrador-Island or Maritime links operated by Newfoundland and Labrador Hydro. Earlier this month, tests left more than 57,000 customers without power for a short time.